The new Sony Xperia XZ3 is turning heads with its 6-inch OLED display – the first on a Sony smartphone. On the surface it’s a bit of a stunner, but is this new model a genuine contender to other pricey flagships? We got hands-on to find out .

Only six months have passed since the XZ2 landed in the UK, but some design updates and tweaks under the hood have bought us the XZ3. Sony claims that an ‘elegant, durable and intuitive’ design guarantees a ‘stunning entertainment experience’.

We’ve put the Xperia XZ3 through its paces over the past week, paying close attention to the quality of the display, the camera and average battery life. Read on for more, or click straight through read our impressions of the Xperia XZ3.

The Xperia XZ3 is the first Sony smartphone to feature an OLED display, and this one’s running on the same technology associated with the Sony Bravia TV range. Up close the display of the Xperia XZ3 is undeniably vibrant, and HDR support means that, in theory, the smartphone should cope well when it comes to showing off content filmed in low light.

The display on the XZ3 is larger than its predecessor’s (6 inches compared with 5.7 inches), and the screen resolution is also higher at 1,440 x 2,880 pixels. A higher display resolution should equal a clearer picture, whether you’re flicking through your Twitter timeline or exploring your picture gallery. You’ll have to take a look at our first look review to see if that’s the case.

Ignoring this year’s dual-camera trend, the Sony Xperia XZ3 uses a single rear camera. It’s a 19Mp shooter with laser-assisted autofocus, capable of filming in super-slow motion, in Full HD, at 960fps. The rear camera can also shoot 4K video. If you want to get creative with your videos, slow motion on the Xperia XZ3 will help you to get experimental.

On the front of the XZ3 is a 13Mp selfie camera, while a dedicated shutter button on the corner of the phone helps you take pictures quickly without having to press the display.

Scan your face with 3D Creator 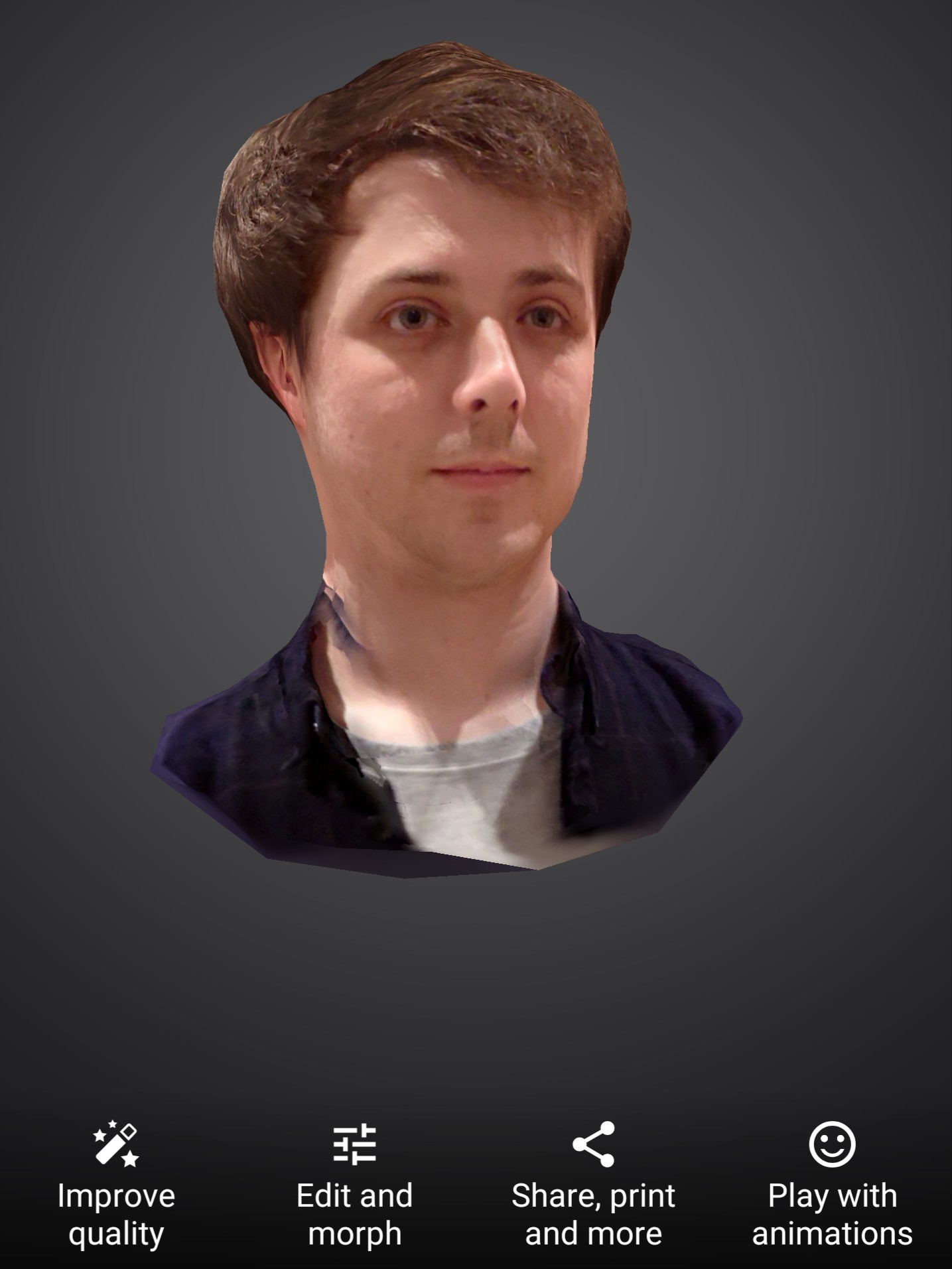 When you load up the Xperia XZ3 for the first time, you’ll notice a couple of Sony-branded apps on the home screen. The pre-installed 3D Creator app quickly grabbed our attention and took us on an amusing journey – you use it to scan objects or faces, and then mold and shape those objects however you want.

We couldn’t resist scanning the faces of some Which? staff, and the results were mixed. We quickly discovered you’ll need a very steady hand to get a good scan, otherwise you’ll get some rather unsettling results.

If you don’t own a 3D printer, you can print off a 3D model of your own head (or a friend’s head, of course) through the 3D Creator app start at  €22 (around £20) for a 5cm sculpture, or you can use a Sony printing service to get the job done.

With smartphone displays getting bigger and bigger, manufacturers are coming up with ingenious ways to improve one-handed use. Sony’s answer is Side Sense, which you can activate by double-tapping the side of the XZ3. Doing so brings up a drawer of your most-used apps, which means you can quickly swap between apps without having to take your other hand out of your pocket. 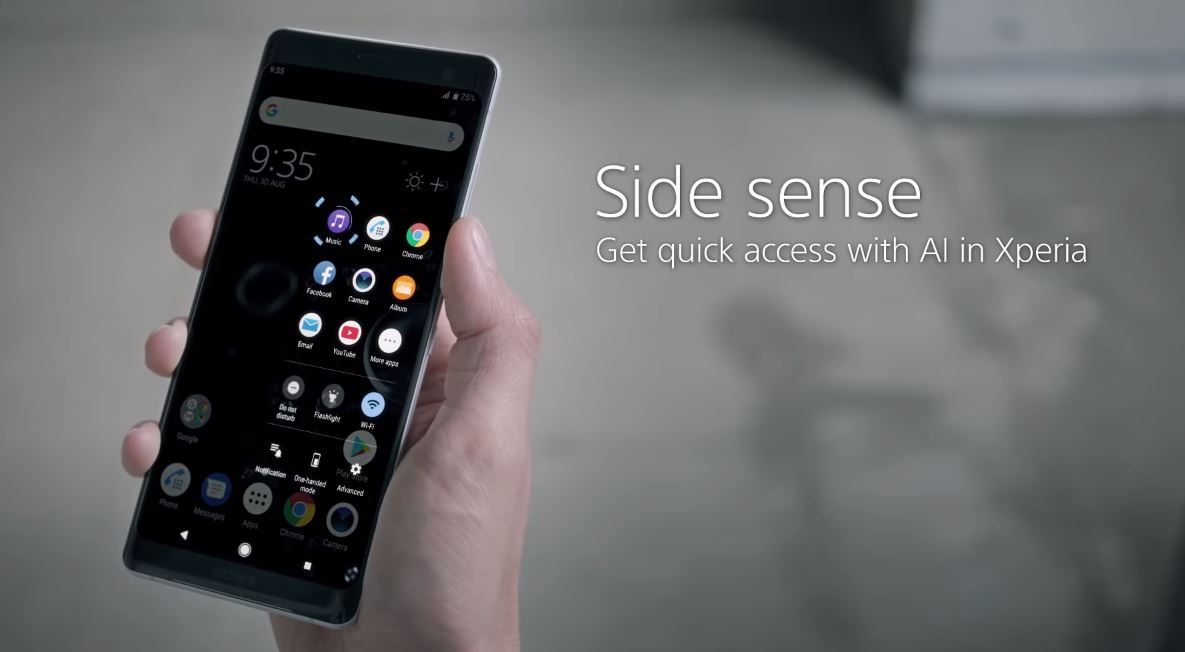 With the Xperia Xz3 on offer Sim-free at £700, Sony is pitting its newest smartphone against premium rivals from the likes of Samsung, Apple and Huawei.

Our table below compares the specs sheet of the Sony Xperia XZ3 with similarly priced rivals.

As you can see, the Sony Xperia XZ3 has the biggest display of the bunch. The resolution of the new Xperia bests the older XZ2, but Samsung’s Galaxy S9 wins that particular specs battle.

Like the Samsung Galaxy S9, the XZ3 uses a single camera. If you’re a keen photographer looking for some extra features, you might want to consider Apple’s iPhone 8 Plus. A dual camera setup on the iPhone 8 Plus, made up of a 12Mp wide-angle lens and 12Mp telephoto lens, lets you play around with some fancy camera effects.

Sony smartphones reviewed in the Which? test lab

The Sony Xperia range covers a wide range of prices, so the brand should have something to offer whatever your budget. If you’re looking for an affordable smartphone, the 5.2-inch Sony Xperia XA2 could be yours Sim-free for around £250.

Head over to our Sony smartphone reviews page for more details, or see our guide on the top five best smartphones for 2018 for some alternatives.