Class heavyweights the all-electric Nissan Leaf, mild hybrid Audi Q8, and the BMW X2 and Volvo XC40 compact crossovers fight it out at our expert test lab this month – with surprising results. In a world that often paints diesels as dirty and electric as the future, could a diesel be greener than a petrol car, and even have lower NOx emissions than a hybrid? We reveal all through the links below.

Our expert lab tests go beyond the official tests to find out what fuel economy and emissions you’ll actually get from real cars on the road. The dieselgate scandal has tarnished diesel’s reputation, but do all diesel cars really deserve equal censure? Our tough tests reveal one of the cleanest diesels we’ve ever tested – with low NOx emissions that show that low-emission diesel can be done.

But first, we’ve reviewed the pioneering Nissan Leaf, the world’s best-known and most popular electric car. Built in Sunderland, it’s designed to bring electric drive to the masses, appealing to mainstream family-car buyers. The 2018 Nissan Leaf bears a radical new design and much longer claimed electric range – can it see off rivals such as the VW e-Golf?

We’ve also tested a whole suite of SUVs, including the sporty BMW X2 and practical Volvo XC40 compact crossovers, medium-sized Subaru XV, as well as the full-sized Audi Q7 and Kia Sorento. See how each perform through the links below.

Best small SUVs and crossovers – find out which SUVs we recommend. 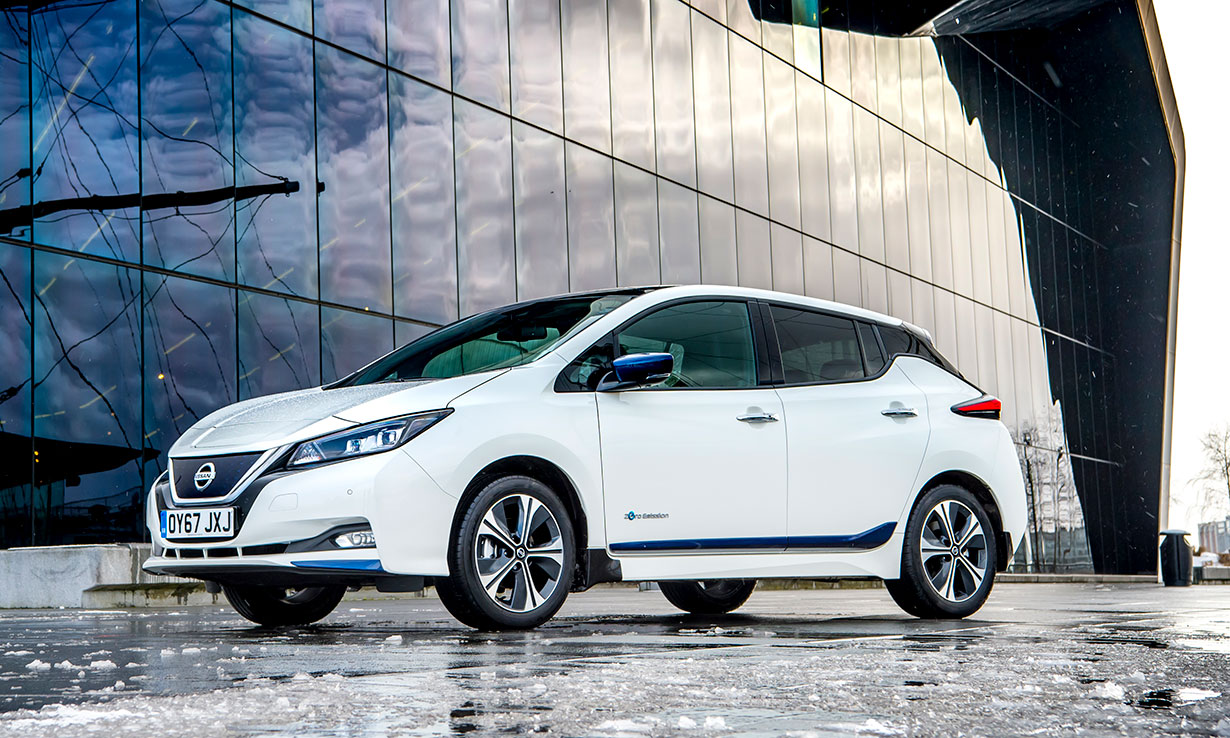 The second-generation Nissan Leaf launched in 2018. It’s intended to improve what electric cars can offer at an affordable price – and to rival the VW eGolf.

Besides the new and more refined exterior design, underneath the improvement is incremental, rather than a complete overhaul. Nissan has increased the battery pack from the first generation’s 30KwH to 40KwH, and the electric motor is now 150hp (up 41hp).

Prices for the four levels of trim, from entry-level Visia to top-end Tekna, are £1,500 less on average than the previous Leaf, including the £4,500 government grant for low-emission vehicles.

Another benefit is that a wall-mounted fast-charging home box is currently free, and will allow you to fully charge your Leaf overnight at home in around 7.5 hours. Furthermore, Chademo public fast-charging systems can restore 80% power in only 45-60 minutes.

Since the Leaf is fully electric, there are no tailpipe emissions.

See whether the Leaf deserves its reputation as a pre-eminent electric car in our full Nissan Leaf review. 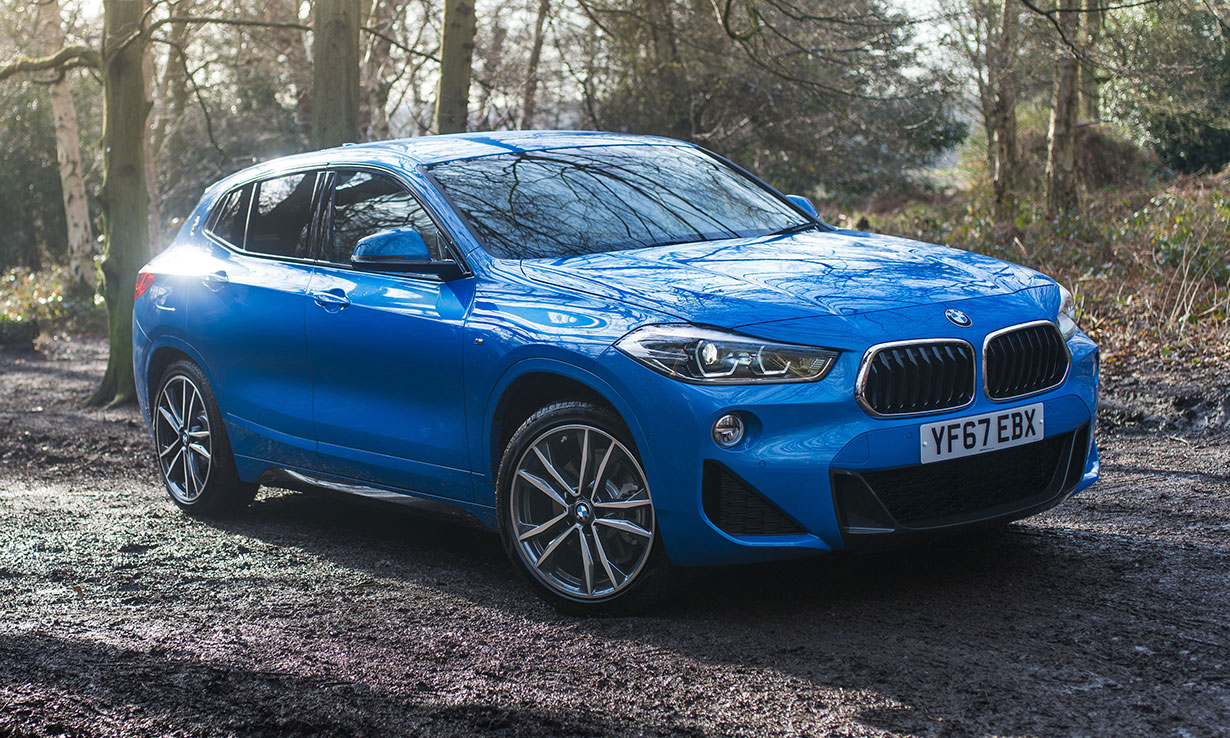 The popularity of compact SUV crossovers continues to grow, but these cars aren’t typically known for great handling. Could BMW‘s X2 be the car to break the mould and be the ideal SUV for driving fans?

The X2 is around the size of the BMW X1, on which it’s based, but has a sporty sloping coupé roof and sits lower to the ground. It looks more like a beefy coupé than a small SUV.

We found it to be surprisingly roomy up front, which is not something we usually say about a coupé roofline.

There are currently three engines available: 18d and 20d diesels with 150hp and 190hp respectively, and a 20i 192hp petrol engine. More power options are set to follow in March 2019.

However, is the focus on diesel engines so wise in an era concerned by air pollution? Can such a sporty car have good fuel economy as well?

Find out in our BMW X2 review. 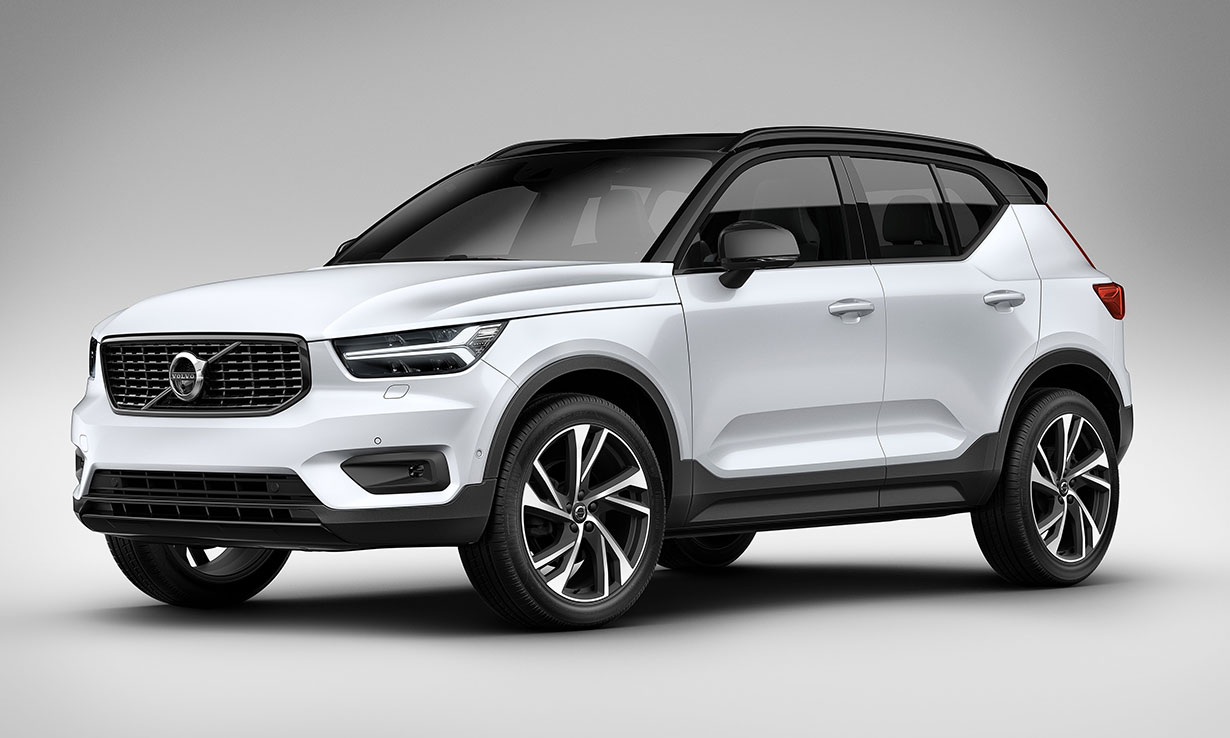 The Volvo XC40, launched in 2018, is Volvo’s first compact SUV car. It competes at the premium end of this popular segment of the market, against the BMW X1 and Audi Q3.

In 2017, Volvo announced that its future will be hybrid or fully electric from 2019 – so this could be one of the last Volvo cars offered without at least a mild hybrid engine.

Safety is a priority for Volvo, and the XC40 is one of the safest cars in its class. It gets a full five-star rating from safety organisation Euro NCAP, and comes with a wealth of safety tech including City Safety, which automatically brakes if it detects cyclists, pedestrians or large animals.

Three petrol and two diesel engines are available for the XC40, with the petrol choices spanning 156hp to 247hp, and diesels 150hp and 190hp. There’s a choice of front or all-wheel drive. So do these engines match Volvo’s future ambitions with impressive emissions and fuel economy?

We reveal whether there are hints of the future in our definitive Volvo XC40 review. 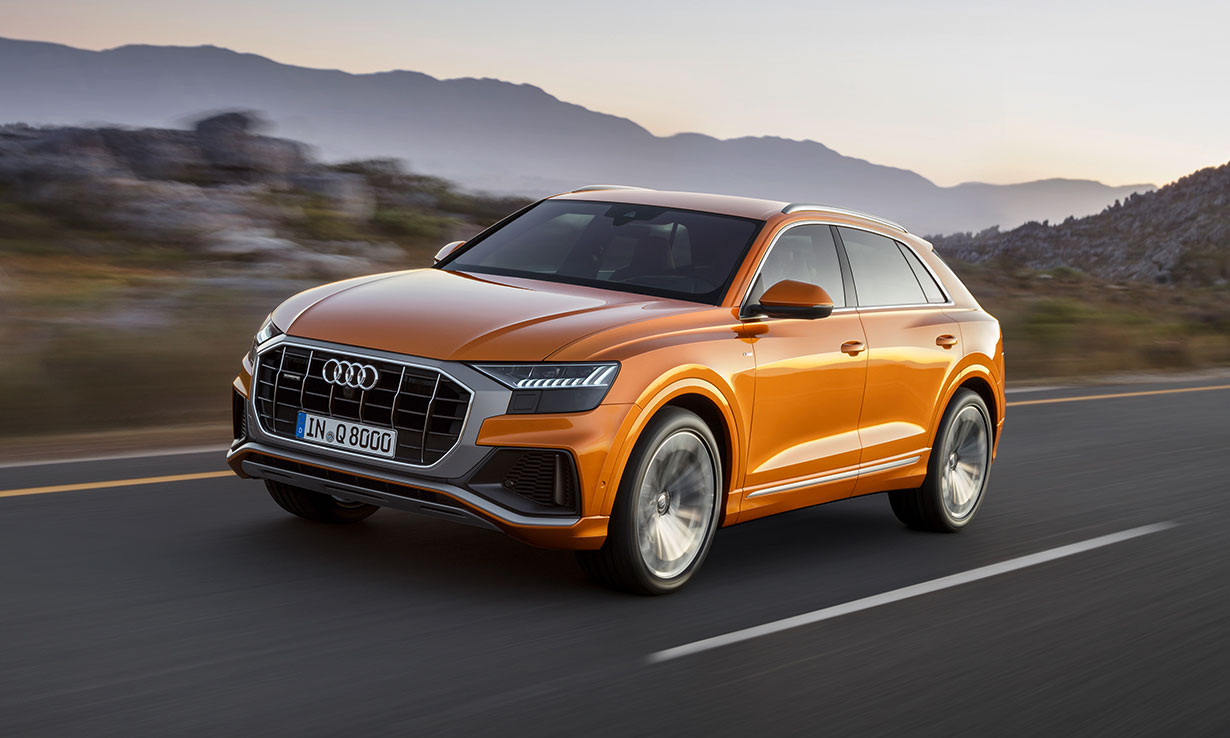 Audi’s ‘Q’ range of SUVs is topped by the Audi Q8 full-sized SUV. It’s a so-called mild hybrid, a technology designed to improve fuel economy and emissions by switching off the engine while it’s coasting, with the electric battery ensuring a seamless transition.

It launches with a 286hp diesel engine (with others to follow next year). Audi is one of few carmakers currently offering diesel hybrids, with petrol hybrids being far more common. Unlike the Audi Q7 e-Tron, the Q8 doesn’t need to be plugged in to charge its battery.

What also sets the Q8 apart from the e-Tron is the sloping coupé roofline, competing against the BMW X6, Mercedes-Benz GLE Coupé and Porsche Cayenne.

Check back soon to find out how the Q8 performs when we put it through its paces in our rigorous lab tests, and whether it’s worth paying for Audi’s range-topping SUV.

In the meantime, see what our experts thought and whether the mild hybrid tech delivers in our first drive Audi Q8 review. 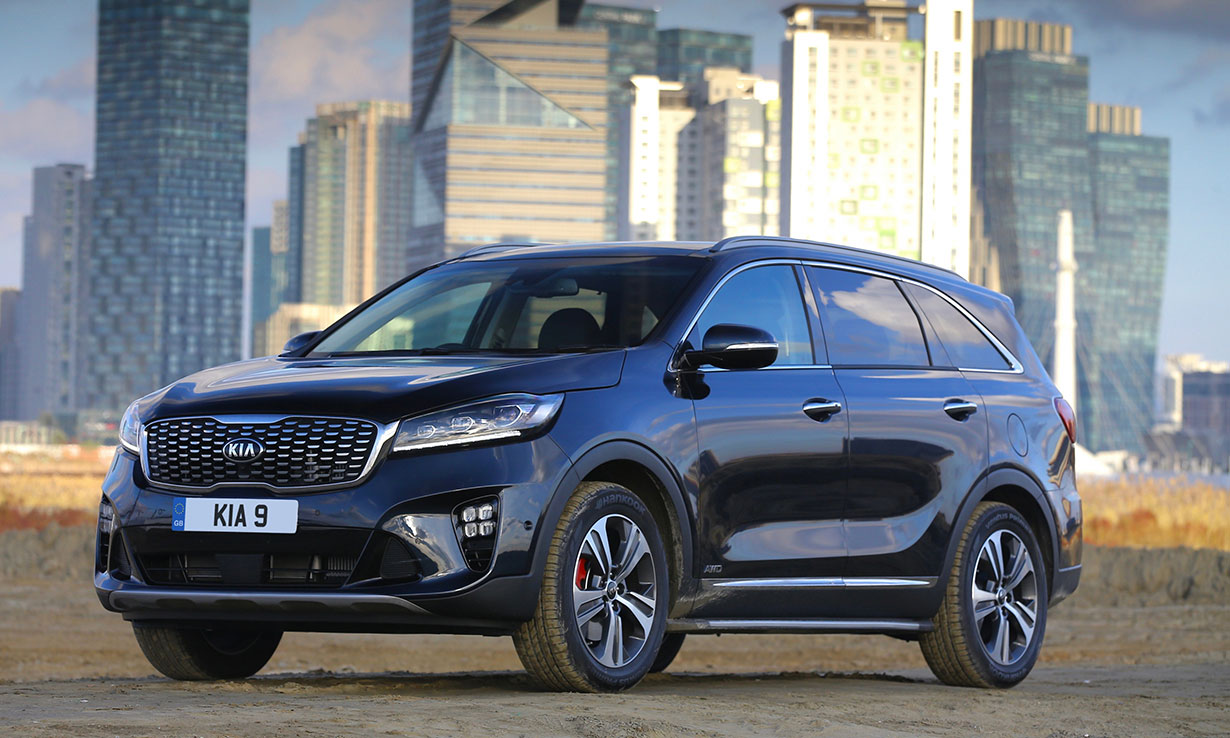 If Audi’s Q8 price looks a bit eye-watering, Kia aims to provide a serious and much more cost-effective rival. The Sorento is Kia’s flagship model – a large seven-seat 4×4 with plenty of space and generous standard equipment.

Kitting out a premium SUV to equivalent levels would cost thousands more.

In the UK, the Kia Sorento is all-wheel drive, and only available with one engine – a 2.2-litre diesel. So does it deliver the fuel economy you’d expect from a diesel?

Find out the results of our rigorous real-world testing in our expert Kia Sorento review. 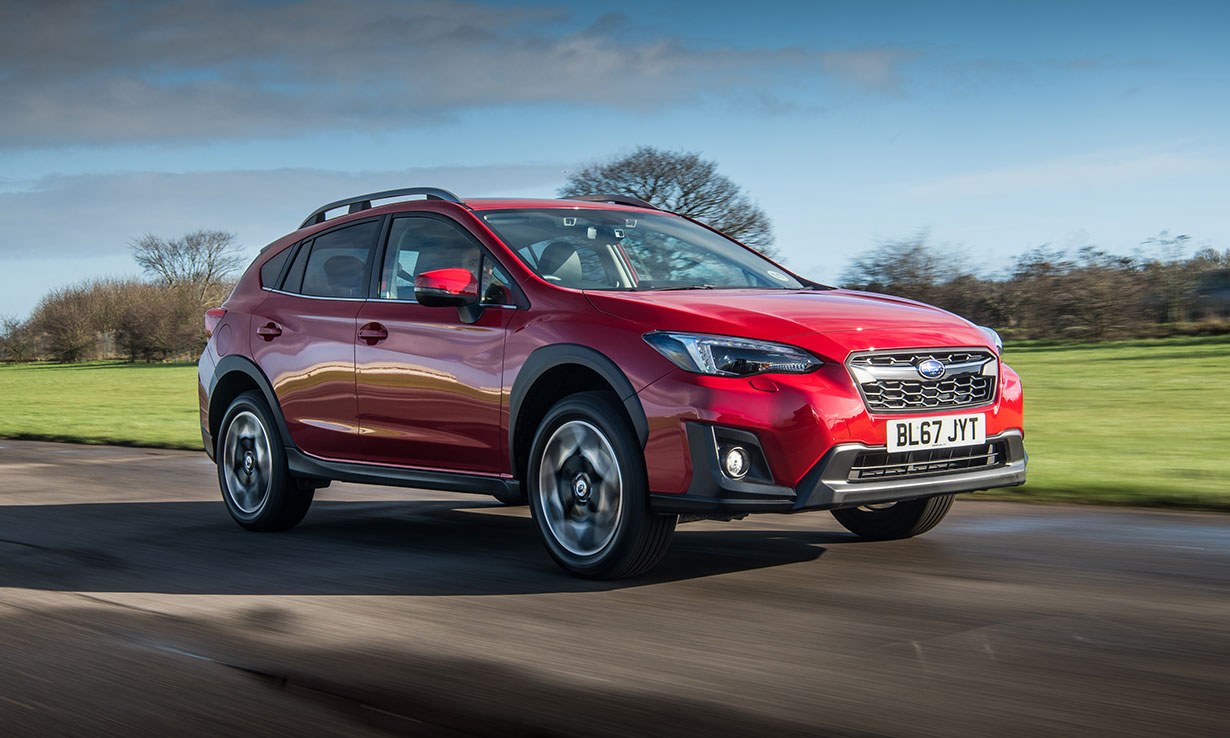 For those looking for something a bit different from their SUV, Subaru’s long-running all-wheel-drive SUV expertise should make it an excellent choice compared with more popular rivals.

The XV is Subaru’s medium-sized SUV, competing against the incredibly popular Nissan Qashqai. The original launched in 2012 – this is the second-generation model, and was launched this year.

It’s a generous offering, with equipment including an 8-inch touchscreen, reversing camera, dual-zone climate control and lots of safety equipment.

But how does it really compare with the Nissan Qashqai? See whether this is the ideal compact SUV for you in our Subaru XV review.