Several hotel chains have launched brands in recent years claiming to offer small rooms for small prices, but a Which? Travel investigation has found that some are pokier than a jail cell and prices are rarely good value.

Z Hotel, which prides itself on ‘affordable compact luxury’, charges £190 for a single room in London’s Soho – which is more expensive per square metre than a suite at the Ritz.

It measures just 8 sqm, meaning guests are paying £23.75 per square metre. When we checked the Ritz for the same night, its smallest suite was only £15.70 per square metre – £8 cheaper for the same volume. That’s despite a Which? Travel reviewer likening a room at the Z hotel to a ‘prison cell’. 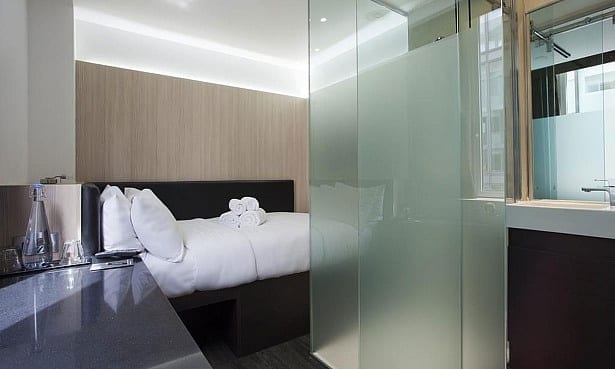 Guests will get even less for their money at the Best Western Corona in London Victoria, where the £144 single room is less than 5 sqm. That amounts to almost £30 per square metre.

While consumers are unlikely to choose accommodation based on its price by volume, it’s surprising that these ‘affordable’ brands are charging more for each inch of your room than one of the country’s most opulent hotels.

Which? Travel’s undercover reviewers stay at hundreds of hotels each year to find the best and worst stays. Unlike our competitors we never accept any freebies, so you can trust that our reviews are unbiased. Find out more about Which? Travel.

Premier Inn and Hilton: the rise of micro hotels 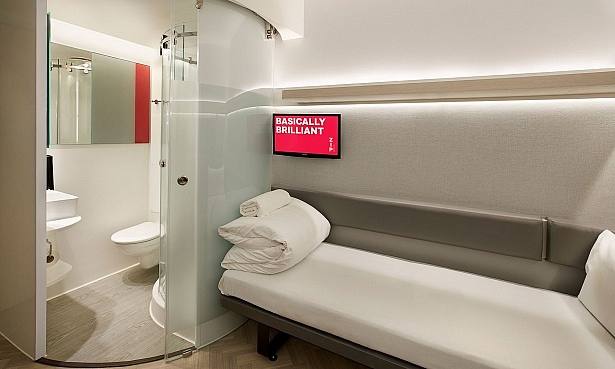 Hotel rooms have been shrinking in recent years, especially in city centres where rates are high.

Both Premier Inn and Hilton recently announced plans to launch their own micro hotel brands. Premier Inn will slash room sizes in half for its Zip pods, measuring just 8.5 sqm – including the bathroom. It claims prices will start at £19, with guests paying extra for perks like daily cleaning and super-fast wifi.

Rival brand easyHotel already charges a supplement if you want your room to come with a TV (from £5), or even a window.

Micro managing: what the law says 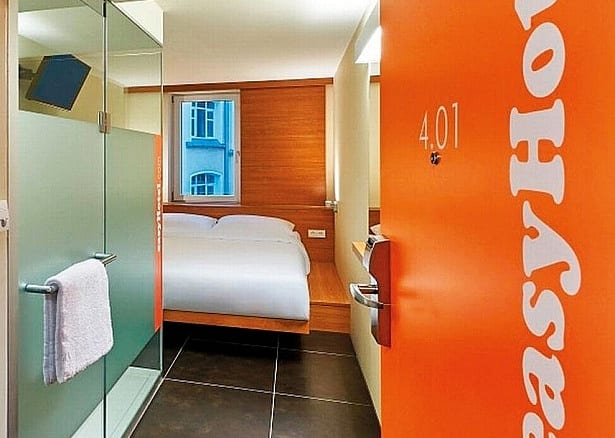 In fact easyHotel almost fell foul of Northern Irish legislation when it opened in Belfast, where double rooms are required to be at least 13 sqm.

It got round the problem by registering as guest accommodation rather than a hotel, a status which doesn’t have a legal minimum.

No such law exists for the rest of the UK, meaning easyHotel was able to open without drama in locations including Edinburgh, Liverpool and London. That’s despite some of its double rooms (without a window) measuring a diminutive 6 sqm.

It’s a different story for domestic bedrooms, with the 1985 Housing Act stating they must not fall below 6.52 sqm for a single occupant or 10.23 sqm for two people sharing. This is to prevent landlords from cramming tenants into unsafe and overcrowded homes.

But with no legal yardstick, some hotels are taking small to another level. See what happened when we checked into the Corbigoe in London, just a few doors from the Best Western Corona.

Its small single – a bestseller on Booking.com, despite its 5.2 review score – is listed as a tiny 53 sq ft (5  sqm). But, when we visited with a tape measure, we found that the bedroom sized up at just 3 sqm – meaning 40% of that is the bathroom.

The rectangular box is almost completely taken up by a narrow single bed; from which you can simultaneously touch the walls on either side.

The only window opens into the interior landing and the en suite is so small you can wash your hands while still sat on the loo. 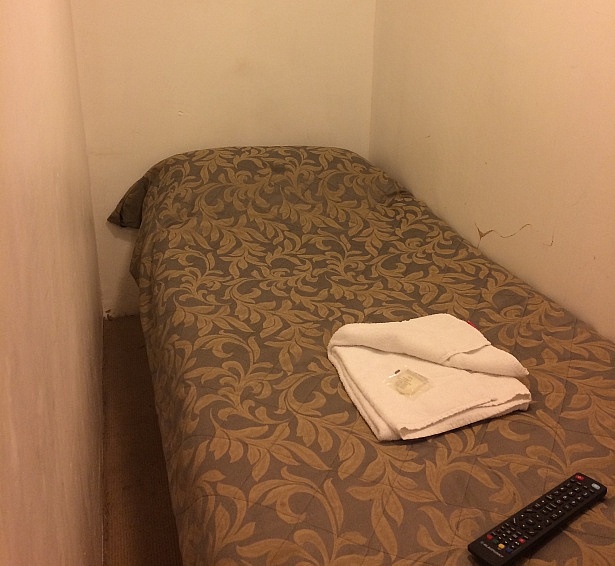 To put it into the context, the small single (bedroom and bathroom combined) is less than half the size of the average UK parking space (11.5 sqm). It’s also smaller than the recommended minimum for a UK prison cell (7 sqm).

Book through the Corbigoe Hotel’s website and this may come as a shock: no dimensions are listed and there are images for almost every other room, bar this one. At least it’s cheap at £49 for a Saturday night stay. 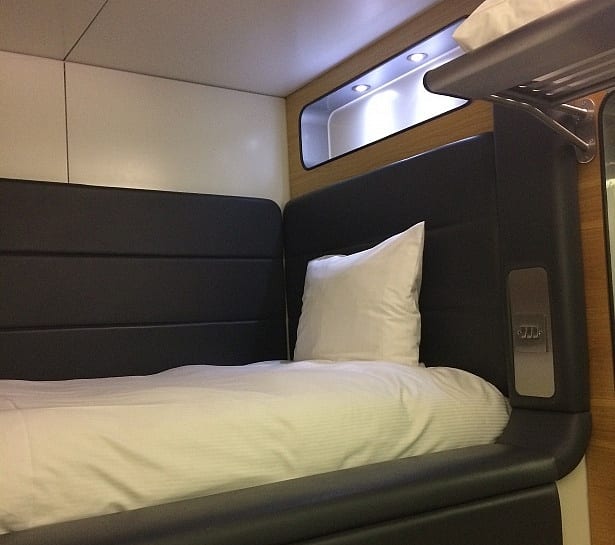 The same can’t be said for hotel chain Yotel, which describes its cabins as ‘small but perfectly formed’.

We were impressed by the slick sci-fi design and foldaway features when we checked into its Gatwick Airport property, conveniently located inside the terminal. The larger rooms also have sofas that turn into double beds at the flick of a switch.

However, Yotel’s Heathrow equivalent is £129 a night, meaning it’s far cheaper to book the Premier Inn down the road (£36) or a king-sized room at the nearby Hilton (£123). It’s proof that the smallest room doesn’t necessarily equal the cheapest price.

All room rates were collected in August 2018 and are based on a one-night stay on Saturday 17 November.