Britannia has been rated the worst hotel chain in the UK, with almost a quarter of guests making an official complaint about their stay.

The budget brand was left languishing in bottom spot for the sixth year running in an annual survey by Which? Travel.

See what happened when our video reporter went undercover at the chain’s Royal Albion Hotel in Brighton.

More than 7,000 of you told us about your recent experiences of staying in the UK’s most-visited hotel chains.

With a customer score of just 35%, Britannia mustered one star in most categories – including value for money, and the quality of its food and drink.

Some 42% of Britannia guests told us they had a problem with their stay, while almost a quarter (23%) told us that they had made an official complaint. To make matters worse, the majority (71%) were left dissatisfied with the outcome.

One customer even went as far as to describe the property they stayed in as a ‘filthy hovel’.

We were equally stunned when we visited the chain’s Royal Albion hotel in Brighton, which we found to be rundown and hopelessly neglected.

While the Grade II-listed seafront property initially impressed from the outside, inside we found stained carpets, cracked walls and peeling wallpaper in communal areas – where the smell of stale smoke hung in the air.

Discarded gum was stuck to a banister and a ripped leather armchair had been hastily repaired with black gaffer tape.

Breakfast also lived down to its one-star rating, with bitter coffee and anaemic-looking, watery scrambled eggs.

It was also no surprise that the quality of its bedrooms was panned with a rock-hard bed and paper-thin, grubby towels.

Fuller’s, Wetherspoon Hotels and Young’s: The rise of pub hotels 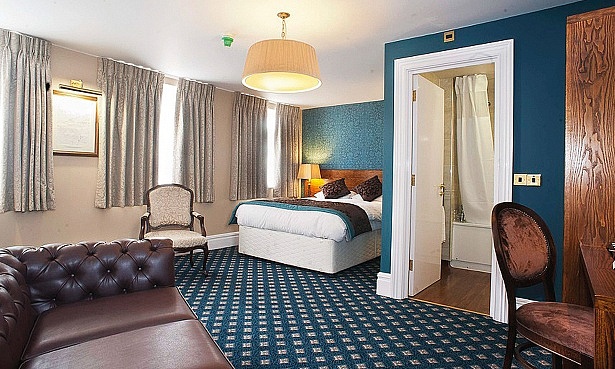 At the other end of the spectrum, pub chains performed better than ever this year with Young’s (79%) and Fuller’s (75%) scoring well above average.

The rival brewers, which offer boutique rooms across London and the South of England, were both named Which? Recommended Providers (WRPs).

The pub chain, best known for its cheap pints and curry nights, has branched out to offer accommodation in 57 of its historic city-centre properties.

It was also one of the few chains rated four stars for value for money, with guests paying £68 a night, on average. 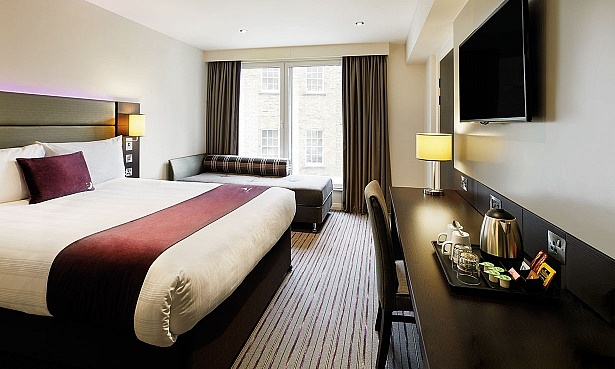 No one managed to dethrone reigning champion Premier Inn, which topped the table for the fourth year running with a customer score of 79%.

Guests rated the chain five stars for cleanliness, the comfort of its beds and customer service.

Its budget rival, Travelodge, struggled to compete, despite it being the cheapest hotel in our survey – with guests paying £63 a night on average.

It was described as ‘convenient’ and ‘basic’, with guests complaining that many of the properties don’t have a restaurant on site. Instead, breakfast on-the-go is offered or, as one of you summed it up, ‘a cardboard box with cornflakes and Nescafé powder’.

Don’t pay over the odds for your next overnight stay. Read our six ways to save on your hotel booking.

Rory Boland, Which? Travel editor, said: ‘Britannia has superb locations, fabulous buildings, but terrible hotels. Guests looking for a safe bet, with no nasty surprises, should opt for a no-nonsense option like Premier Inn.

‘Anyone looking for a cheap and cheerful hotel could do worse than booking a stay at a Wetherspoons complete with an added bonus of only a staircase separating you and your bed after a slap-up meal and a glass or two of wine.’