Heading away in the next week for a Christmas or New Year family break? A compact and lightweight pushchair can be very useful, especially if it fits easily into overhead luggage compartments or the back of your car.

Lots of pushchair manufacturers have created ultra-compact folding pushchairs, with many claiming to be cabin luggage-approved. However, there are a couple of things to remember:

If you’re very keen on keeping your pushchair with you in the aircraft, be sure to choose an ultra-compact folding pushchair and check with the airline when booking whether it would be permitted.

Read on for new holiday-friendly pushchair launches and updates for 2019, or head straight to our pushchair reviews to help you pick a lightweight pushchair that’s also a Best Buy. 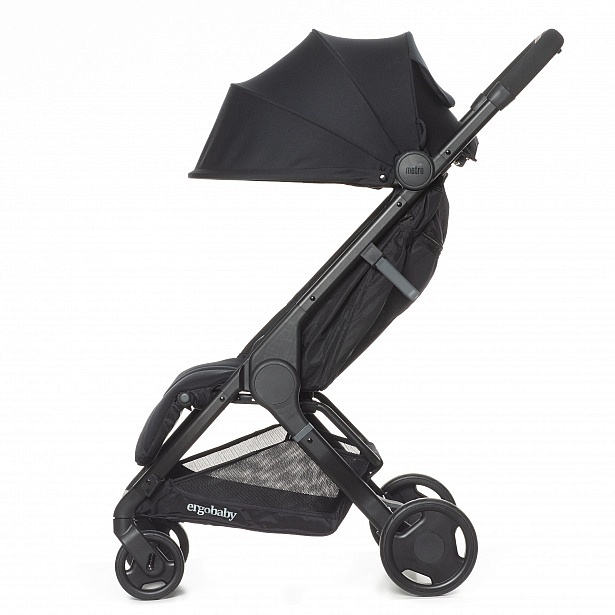 The recently launched Metro is the first stroller from Ergobaby, which is best known for its baby carriers and slings.

This lightweight pushchair is suitable from six months up to 18kg. It has a one-hand fold, and measures 52 x 44 x 23 cm when folded.

This will fit into some airline overhead luggage compartments, but not all, so check with the airline when booking if you wish to take it on board.

For a more thorough run-down on the pros and cons of this pushchair, read our Ergobaby Metro first look review. 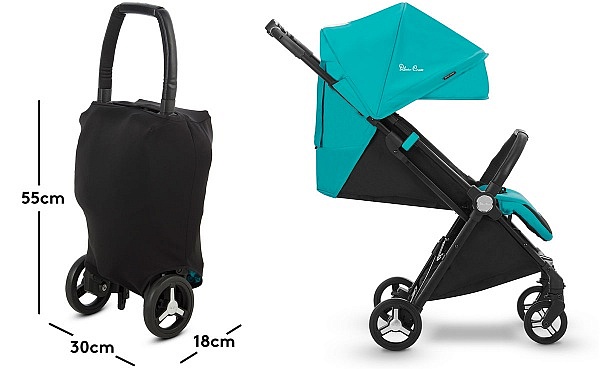 It can be fully reclined, so it’s suitable from birth. It weighs 5.9kg and is compatible with the Silver Cross Simplicity car seat when you fit adaptors.

Toddlers up to 15kg should fit in and, according to the manufacturer, it’s freestanding when folded.

It measures 55cm x 30cm x 18cm, which means it is cabin-luggage approved on some airlines, but not all, so always check when booking.

The extendable hood with air-flow ventilation system could be handy in hot countries.

It’s £275, so it’s not the cheapest of strollers. We’re currently testing this pushchair, so can give you the full lowdown on whether it’s worth the money very soon. 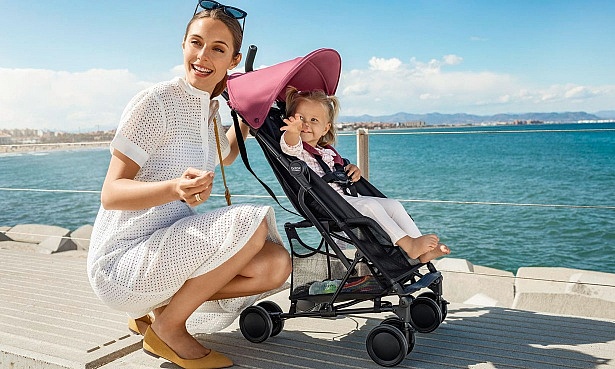 The Holiday 2 (above) is an update to the ever popular Holiday stroller from Britax. It’s the same concept, but with two new features – an integrated foot rest and a zip-operated recline.

It will also have a new swivel lock on the front wheels.

It’s suitable for children from six months to three years (or 15kg) and weighs 5.4kg.

The dimensions are 60cm x 24cm x 43cm, so technically it’s not suitable as carry-on hand luggage, but it should squeeze into a boot of a car or may fit on the luggage shelf on a train.

It will cost £100 and comes out in January 2019. Until then, read our review of the Britax Holiday to find out what to expect. 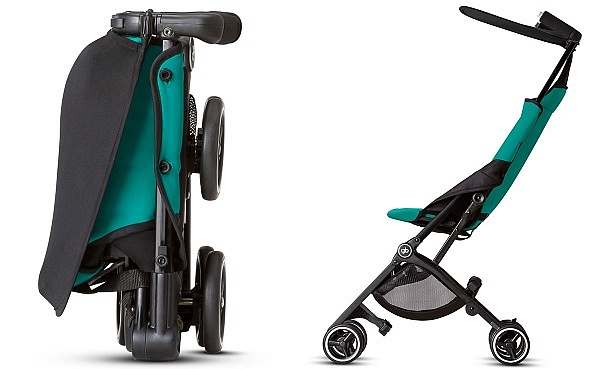 The Pockit Air (launching in April) is an update to the ultra-lightweight Pockit stroller from GB, with ventilation on the seat area to make it a cooler ride for your baby or toddler.

According to GB (and the Guiness World Records 2014), it’s the world’s smallest folding stroller. When folded, it measures just 30cm x 18cm x 35cm, so it should definitely pass the cabin luggage test. Watch the video below to see how small it is when folded.

The Joie Tourist pushchair (below) launches in January 2019 and weighs less than 6kg. It has a one-step, one-hand fast fold.

It measures 66cm x 47cm x 24cm when folded, so it’s compact but not quite small enough for most airline cabin baggage requirements. However, it does come with a carry strap and washable carry bag to make carrying it easier when folded.

It’s travel-system compatible, so it can take a carry cot and car seat, and costs £150. 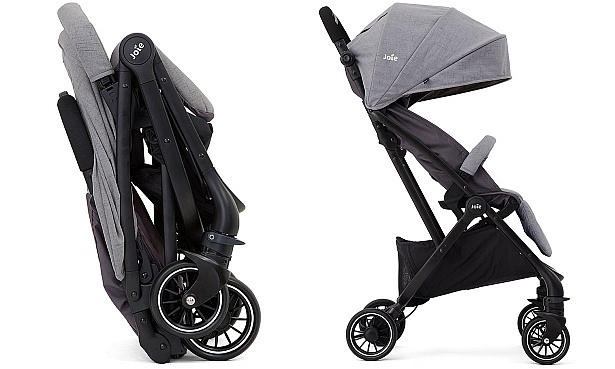 More compact strollers that are worth a look

These are older models, but could still be worth a look if you’re after a lightweight pushchair. Follow the links to read our full reviews.