Travel insurance customers with pre-existing medical conditions routinely face punitive premiums and tricky clauses allowing insurers to alter terms – or even cancel their policies – if their health deteriorates after taking out cover, a Which? investigation has found.

When we surveyed 10,495 Which? members about buying travel insurance in November 2018, we found that 64% have declared a pre-existing medical condition (PEMC) when doing so.

A quarter of these said they’ve faced inflated premiums, and a fifth could only find policies that excluded all claims related to their condition.

Here, we get to grips with the challenges people face when declaring cancer and other serious medical conditions on their insurance application:

Automated medical screening has made it much easier for mainstream brands to cover travellers with pre-existing medical conditions. But those with more serious conditions can easily fall through the gaps.

Even if they’re not declined cover altogether, individuals are often priced out as insurers demand three or even four-figure sums.

We asked for quotes for seven fictional women, all declaring a form of cancer that had been treated within the past one to five years. When we compared costs, we found that prices varied enormously depending on where we looked, the age and the destination: 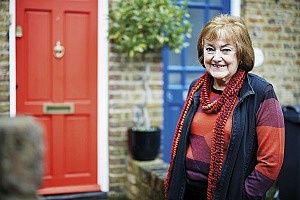 Jean Masters, 74 from London, has had breast cancer twice, the last occurrence being in 2006. She says that although her current annual policy costs £205, she received quotes as high as £700.

She says: ‘I haven’t taken cancer-related drugs for three years. For some companies I can now legitimately say “no” to the cancer-related questions, while for others I can’t. This has an impact both on whether they’ll insure me, and on how much I pay.’

In our survey, we found unreasonable costs and difficulties finding a suitable policy can lead to people taking drastic steps, including travelling without declaring their full medical history (4% of members admitted to this). Others chose to travel without travel insurance in place at all (3%), while some even cancelled their trip (1%).

The regulator has outlined plans to make it easier for those declaring serious medical conditions to find travel cover, but without careful supervision, it may continue to be a lottery.

The vast majority of insurers use medical screening software from a company called Verisk (formerly Healix) to generate a ‘medical risk score’, which is why you’ll find yourself answering the same set of questions again and again when shopping around.

What insurers then do with that score, and what they charge, is up to them.

Verisk can work very well, particularly if your last treatment was several years ago and there is no further treatment planned. But alternative screening systems may be more suitable in other cases.

When we surveyed 58 travel insurance brands, 15 told us they use an alternative to Verisk: either Protectif, Tamis or bespoke one-to-one screening. With an alternative, you’ll typically be asked to go into greater detail about your diagnosis, treatment and prognosis. The upside, however, is that the insurers have a much deeper understanding of the state of your health, and should price accordingly.

You can see the table below to find out which insurer uses each screening system.

Watch out for tricky ‘change in health’ clauses

Most insurers state that you must inform them of any change to your health after taking our a policy. These firms, including many that profess to specialise in cover for serious conditions, will re-screen you. They may then choose to:

The Financial Ombudsman Service (FOS) has previously said these terms may not always be fair and reasonable, particularly if they were not highlighted clearly when the policy was sold.

And although it looks at each case on its own individual merits, the FOS will usually only consider you under an obligation to disclose changes in health that are ‘fundamental’, such as a heart attack or a diagnosis of cancer.

Which? believes that these ‘change in health’ clauses can remove certainty for policyholders – if firms have agreed to take on the risk of covering someone with a PEMC, they shouldn’t be able to back out if circumstances change during the policy’s term.

Insurers with no ‘change in health’ clause

Of 58 brands that we surveyed, only 10 said they wouldn’t increase the premium, change the terms of cover or cancel the policy if a policyholder’s health deteriorated before taking a trip. LV didn’t respond to our survey, but it’s terms also state that you don’t need to inform it of any changes to your medical health during the period of cover.

As long as you’re not travelling against medical advice, these brands say they’ll provide the same level of cover until renewal. At renewal, you should always inform your insurer of any changes to your health such as altered medication or visits to the doctor. If you’re unsure of what to disclose, call up and speak to an adviser.

Miles Barker, operations director for Freedom Insurance says: ‘Our Freedom policy was formed in 2002 and this product has never had an on-going medical declaration. We felt that it was fairer to rate on the PEMC at the time of taking out the policy, without an on-going clause, as this was clearer for the client.’

A spokesperson for Axa, which also underwrites AA travel insurance, says: ‘All we require is that they consult a doctor and not travel against their advice if their health changes during the policy period. This has been our stance for a considerable time now, and we feel it’s an important part of our service.’

Dr K Shastri, CEO of InsureCancer says: ‘Cancer patients are aware that they may be at risk of relapse or progression and therefore need certainty of cover. Our customers know that once their case has been individually underwritten by us, they have certainty that can rely on our policy.’

If an insurer does cancel your policy, it should reimburse you for the remaining months of the contract, provided that you haven’t made any claims. You can also take your complaint to the Ombudsman if you feel you have been treated unfairly.

The story first appeared in the March issue of Which? Money. You can try Which? Money today for just £1 to have our impartial, jargon-free insight delivered to your door every month.