There’s no doubt that care-home fees are expensive, but many people massively underestimate how much they can be – on average, to the tune of £16,646 a year.

In October 2018, we reported that, on average, people were underestimating nursing home costs by £12,000 a year. However, the latest nursing-home fee figures across England demonstrate an ever-widening shortfall.

We asked people to estimate the cost of a private nursing home place in their region, and it seems that 58% would be in for a bit of a shock, having coming up with a figure that falls well short.

Cost of care and eligibility in England – find out the cost of care in your area, as well as eligibility for local-authority support and funding options.

How much have care costs gone up by?

The table below shows average weekly fees of nursing homes in regions across England, and the year-on-year increase. 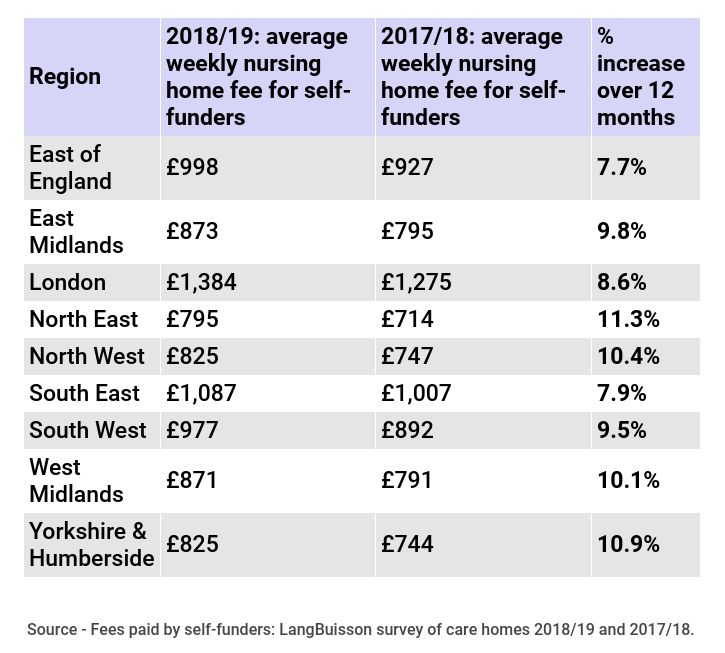 However, the least affected areas – the east of England and the south-east – still saw sizeable jumps (7.7% and 7.9%, respectively).

How much do people underestimate the cost of a nursing home?

Here’s how much money private nursing in a care home costs across the UK, compared with how much people thought it would be – and what this difference amounts to over a year. 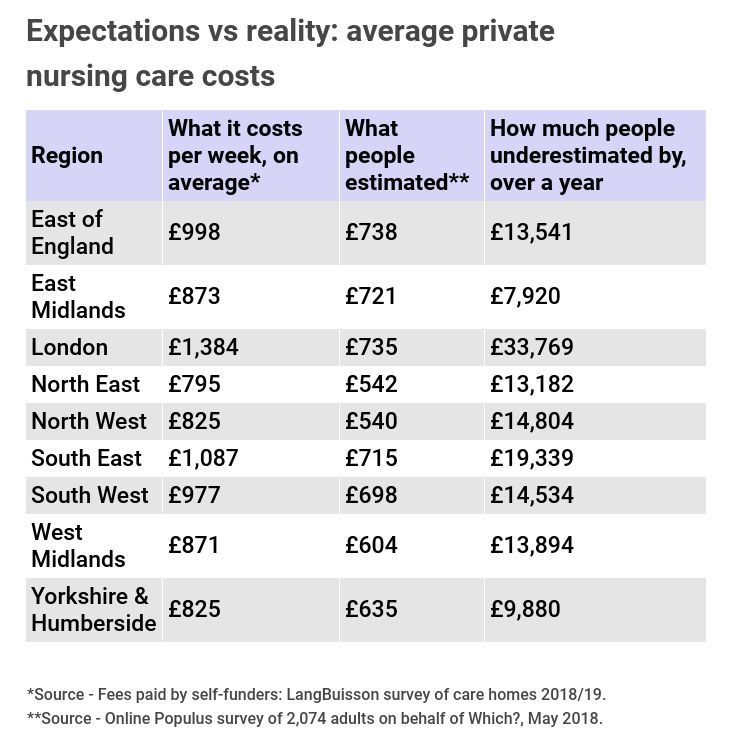 Londoners could be in for the biggest shock. They underestimated weekly costs by £649, which works out as £33,748 per year. That’s £4,160 more than the average annual salary for full-time employees in the UK, according to the latest figures from the Office for National Statistics.

People in the East Midlands were the closest to reality, underestimating by a still-significant £152 per week.

What happens when the money runs out?

We’ve previously found that only one in 10 adults aged 55 or over say they’ve put aside money to pay for care needs as they get older.

You can find out how long your savings and other assets may last by using the calculator in our cost of care checker. Simply answer a few quick questions and the tool does the rest, showing you whether you’ll likely pay for your own care, or whether you may be eligible for local-authority support.

If you’re a self-funder, answer a few more questions to find out how long your money may last for – and what to do if it runs out. 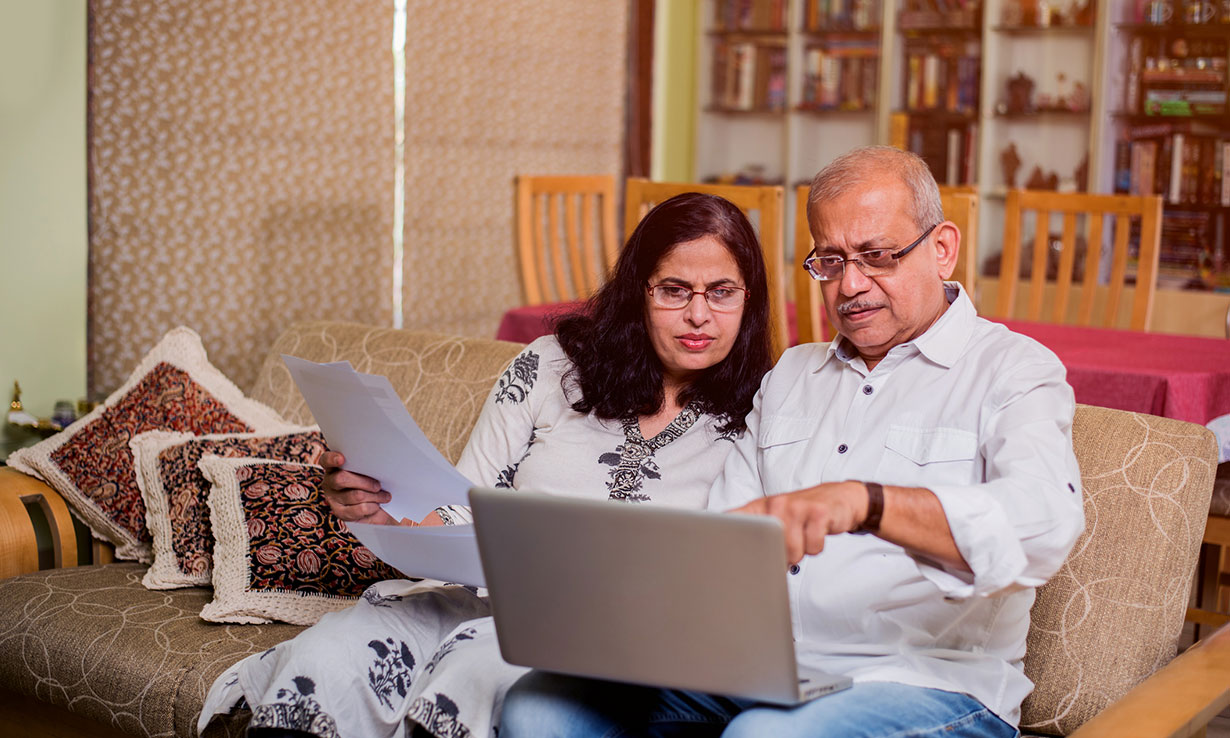 Populus, on behalf of Which?, surveyed 2,074 UK adults between 16 and 17 May 2018. The data is weighted to be demographically representative of the population.

Figures were calculated by subtracting respondents’ estimations of private nursing-care costs per week from the actual cost for their region, as per LaingBuisson data, and performing descriptive statistics on the difference, in England only.