When discussing potential UK/US trade deals it’s never long before the issue of chlorinated chicken enters the debate. Washing chicken with chlorine is a practice used in the US, but we’re concerned that treating chicken in this way means lower hygiene standards that could put people at risk.

This weekend, UK concerns around chlorinated chicken were dismissed as ‘unfounded’ by senior US official, Ken Isley, who went on to criticise EU food standards as ‘old-fashioned’ and ‘not based on modern science and technology’. We disagree and don’t want chlorine-washed chicken being sold in the UK.

Find out what a no-deal Brexit would mean for your supermarket shop and other food safety standards.

Currently, under EU rules, the process of washing chicken in chlorine or other chemicals to remove harmful bacteria is banned. As a result the US is unable to export chicken treated in this way to any EU countries.

Post-Brexit the UK will be able to negotiate its own trade deals. But there has been significant push-back to a UK/US trade deal. Like us, Michael Gove, the Secretary of State for Environment, Food and Rural Affairs, believes that we shouldn’t ‘dilute’ our high environmental or animal welfare standards in pursuit of a trade deal.

In addition, under current EU rules, as chlorine-washing is a ‘processing’ aid, rather than an ingredient, it wouldn’t have to be declared on packaging. Of course, when the UK leaves the EU, these rules may change.

Mr Isley claims that less than 20% of US poultry is treated with chlorine, and that this is being phased out as newer technologies become available, such as the use of acetic acids instead.

However, regardless of this, there are concerns that treating chicken with chlorine-washes, or any other substances, at the end of the production process is a way of covering up poorer hygiene standards.

Instead, we believe that the UK should be maintaining the high standards and levels of checks we currently have throughout the farming and production process to minimise bacterial contamination.

We asked 2,399 UK adults (October 2018) about chlorine-washed chicken and other food standards, we found that:

In addition, when asked whether they think that chicken washed in chlorine should be sold the UK, either as an ingredient (for example in a pie) or raw (such as chicken breasts), 56% and 57% respectively said it shouldn’t. A quarter don’t think it should unless labeled in UK supermarkets.

Visit our Brexit advice section on consumer rights, money and travel after Brexit, to help you cut through the noise.

The US Centers for Disease Control and Prevention estimates that around one in six Americans (around 48 million people) suffer from food-borne diseases every year. The equivalent figure in Britain is around one in 60 (one million cases a year according to the Food Standards Agency’s estimate).

There is additional concern that, should we allow the import of chlorine-washed chicken, UK farmers would be undercut by cheap imports that adhere to different standards. We believe that these would ultimately result in UK welfare standards being at risk. 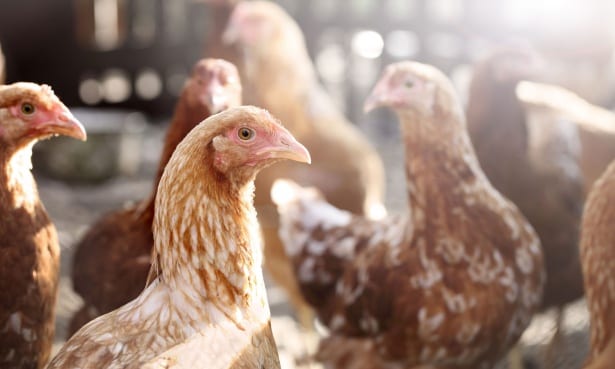 Caroline Normand, policy director for the Which? consumer group, said: ‘”lax standards” in the US are one reason official figures suggest the rate of food poisonings there is around 10 times higher than the UK.

The problem with chlorinated chicken and similar treatments is that they are too often used as a desperate attempt to make up for widespread safety problems in the US food production process, which can leave bacteria like salmonella to run rampant.

‘Brexit is an opportunity to design a joined-up food and farming policy that ensures food is produced to the highest standards – the nation’s health needs must not be used as a bargaining chip that could be given away to facilitate trade.’

Read findings from our recent UK animal welfare labeling investigation into how supermarkets are misleading consumers.