No matter how green-fingered you are, all gardens are affected by pests from time to time. And as much as we’d like to keep our plots creature friendly, these pests can also start causing problems for our plants.

Which? Gardening magazine asked 4,794 gardeners which pests they’d seen in their gardens. Read on to find out the top-five most common ones and for our top tips on how to deal with them.

Alternatively, jump straight to our reviews of the best gardening tools and gadgets, plus our expert recommendations on the top fruit and veg varieties to grow.

Seen by more than two thirds of you and taking the top two spots in the most-reported pests list, these slimy visitors can eat their way through young leaves and shoots of most plants before they’ve had a chance to get going. 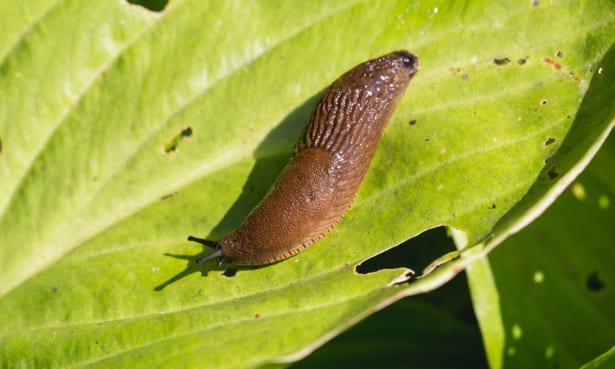 We’ve had success with the biological control Nemaslug, which contains nematodes that are watered on to the soil and kill slugs below ground. In our survey, two in five of you said that hand removal was your preferred way to get rid of snails.

Slugs and snails are most active at night and in damp conditions. Search around plants by torchlight, pop your captives into a bucket of hot water and add them to your bird table.

One in three of you said you were still using slug pellets containing metaldehyde. With the sale of these products banned from summer 2019 and their use outlawed after spring 2020, gardeners need to kick this habit.

Fortunately, there are effective alternatives: organic ferric phosphate pellets were just as good in our trials and shouldn’t cause problems for wildlife. Spread them at the recommended rate and reapply when necessary.

The Which? Gardening helpdesk has more advice about slugs and snails.

Ants are more of a nuisance than a destructive pest; they do very little direct damage to plants, feeding mainly on insects, but can disturb the soil around them while digging their nests. This can be a problem around low-growing specimens or in the lawn.

You’ll spot mounds of very fine soil, which, if disturbed, will be crawling with ants as they try to save their larvae and rebuild their home. Ants also farm aphids for the honeydew they produce and can protect them from predators such as ladybirds. 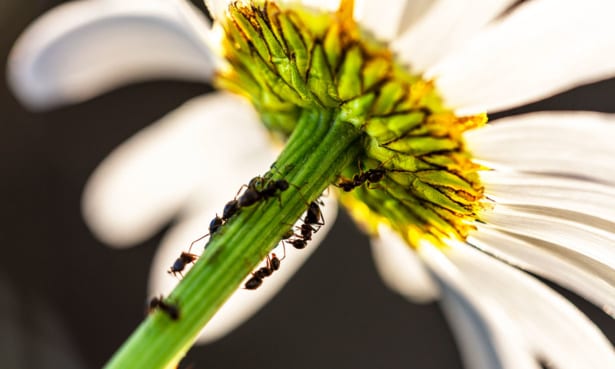 If the nest is accessible, pouring water on to it regularly is cheap and effective. Perhaps the best approach is to tolerate the presence of ants – something that a quarter of you do – and simply to brush away or collect the fine soil that comes to the surface of their nests.

More than half of you use ant powder to control ants. However, many of these products are highly toxic to aquatic life and should only be used against ants in or near buildings. If you need to control nuisance ants, then choose a bait station such as our Best Buy Home Defence Ant Stop! Bait Station.

The Which? Gardening helpdesk has more advice about ants.

These common and distinctive pale-green aphids feed on the sap of young, fleshy shoots, and can cause distortion of leaves and introduce viral diseases. They also exude a sticky substance known as honeydew that can encourage sooty mould to grow on leaves.

In small numbers the damage is minimal, but, since the females are born pregnant with the next generation, numbers can soon multiply and become an infestation. 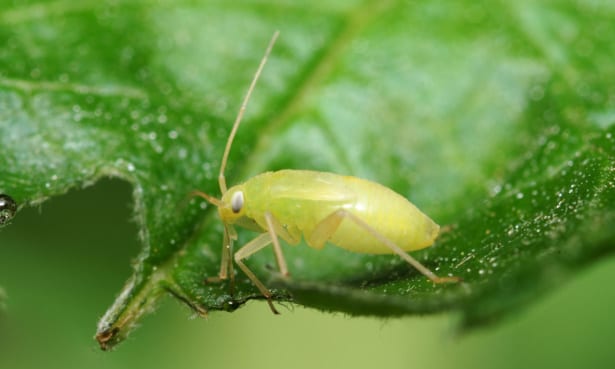 Check for natural predators, such as ladybirds and their distinctive stripy larvae, and lacewings, which will deal with the problem for you. The other option is to squash greenfly by hand. This is best done while wearing gardening gloves.

A third of you who told us that your plants had been affected by greenfly said you used an insecticide to get rid of them. Our current Best Buy is Westland Resolva Bug Killer, which contains lambda-cyhalothrin.

Spray on a still day to prevent it drifting to other plants, and don’t use when plants are in flower as the product will affect the blooms and visiting pollinating insects.

The Which? Gardening helpdesk has more advice about greenfly.

A third of you had a problem with blackfly and the same proportion of you chose to deal with them using an insecticide. There are several black aphid species, the most common of which is the black bean aphid, which attacks the soft, sappy growth of broad beans, French and runner beans, dahlias, nasturtiums and more.

Infestations can affect pod formation on beans and flower formation on ornamentals; and like greenfly, black bean aphids also exude honeydew that encourages sooty mould to form on leaves. 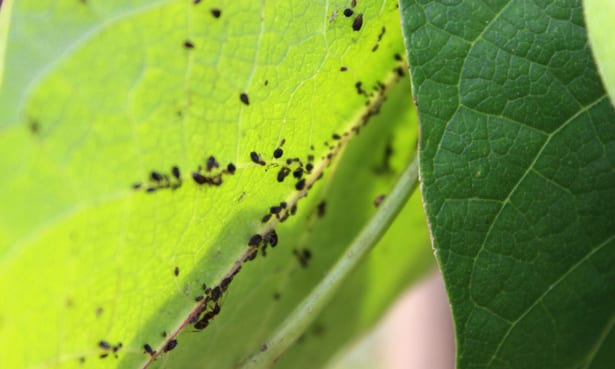 Check your plants regularly so you can deal with blackfly before they become a major problem – simply squash any that you find. As with greenfly, natural predators (such as ladybirds and hoverfly and lacewing larvae), may well get rid of blackfly for you.

If your broad beans are affected, pinch out the growing tip along with the blackfly and bin them. You could also use a strong blast of water.

Our Best Buy Westland Resolva Bug Killer is safe for use on fruit and vegetables. If you need to use it on ornamentals, don’t spray when they’re flowering as it can harm pollinating insects.

The Which? Gardening helpdesk has more advice about blackfly.

With their bright red bodies, these unmistakable beetles are becoming more widespread across the UK, and can cause extensive damage to fritillaries and lilies.

The adult beetles eat leaves and then lay their eggs on host plants for their voracious young, which cover themselves in excrement, to carry on the job. Not only do the chomped leaves (and the larvae themselves) look unpleasant, they can also weaken plants so they don’t flower the following year.

One in six of you reported seeing lily beetles. 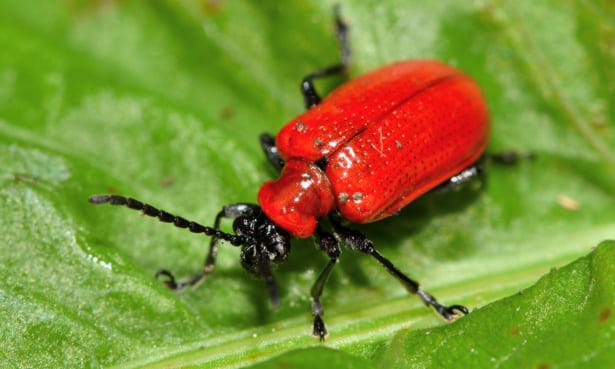 Just as effective as spraying, and favoured by three quarters of you who found lily beetles, is removing these pests by hand, especially since chemical methods can also harm bees. Arm yourself with a sturdy pair of gardening gloves, and wipe off eggs and larvae from the undersides of leaves.

The adults tend to drop to the ground as soon as they are disturbed, so spread something light coloured on the ground before you start. That way, you’ll be able to see the beetles and squash them.

In our recent trial for Which? Gardening magazine, Westland Resolva Bug Killer was effective at killing both eggs, larvae and adult beetles.

The Which? Gardening helpdesk has more advice about lily beetle.