With the new school term just around the corner, you might be doing the final checks on the rucksack to make sure your child is well prepared for the new term.

A smartphone could well have come up in conversation, but for children who are too young to take selfies, surf the internet, or where you’d rather not risk them getting too distracted by a smartphone, a simple phone could be the ideal alternative to keep in contact with them away from home.

Unlike their smart counterparts, simple phones are primarily used for making calls and texts. You won’t have to worry about your child forgetting to charge their phone as they often last for days or even weeks at a time on standby, and because they’re far cheaper than smartphones, it’s not such a financial strain if they get lost or damaged.

These phones aren’t as outdated as you may assume. Some come with smart features, apps and even 3G connectivity, so your child can connect to the internet if they need to.

We run through a selection of simple phones to help you choose, or you can browse all our simple phone reviews. 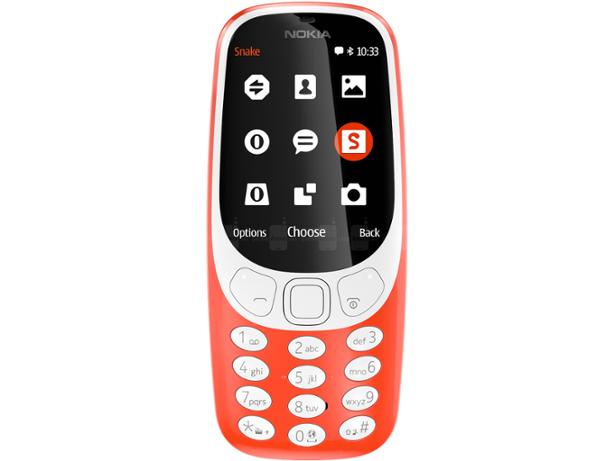 Best known for its turbo battery, the original version of this iconic simple phone reigned as one of the most popular models of the noughties. The Nokia 3310 was relaunched in 2017, taking on a similar candy bar design to its predecessor.

This phone has a 2.4-inch display screen and comes with a 2Mp rear camera for taking the odd picture when you need to. It has a reasonable 16MB of internal storage for saving photos and messages, and storage can be expanded by up to 32GB with a micro-SD card. It also comes with an FM radio and music player.

This one’s not for those in need of smart functionality since it only has 2G connectivity, but Nokia also sells a 3G version of the 3310. The Nokia 3310 3G connects to social networks such as Facebook and Twitter, and has Bluetooth 2.1.

We put it through our rigorous battery test to see if this revamped classic performs as well as it used to. Our Nokia 3310 review reveals the answer. 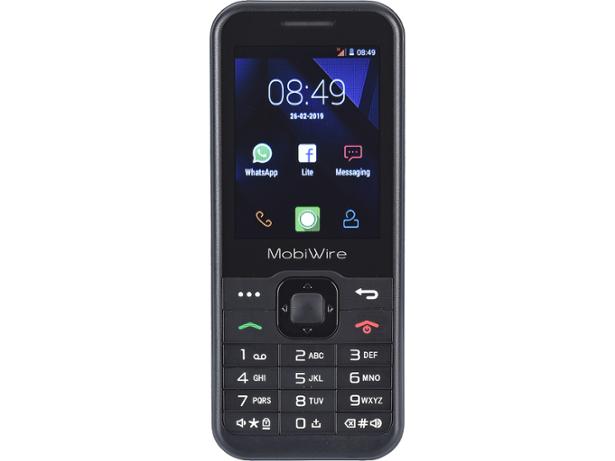 If you’re not ready to unleash your child into the world of smartphones but don’t want them to fall behind fast-moving tech, the Nokosi might have you covered.

This model stands out for going the extra mile with its features. Not only does it have 2G, 3G and wi-fi connectivity, but it’s pre-loaded with apps such as Facebook Lite (a lower spec version of the social network app) and WhatsApp, so your child can keep in contact with you and other family members.

Its 2.4-inch display has a reasonable 2Mp rear camera. This candy bar phone also has a large external memory capacity of 128GB that will undoubtedly last a while. And to top it off, this model is a snip at only £10.

Could this phone be too good to be true? Our MobiWire Nokosi review will tell you whether this is a steal or one to avoid. 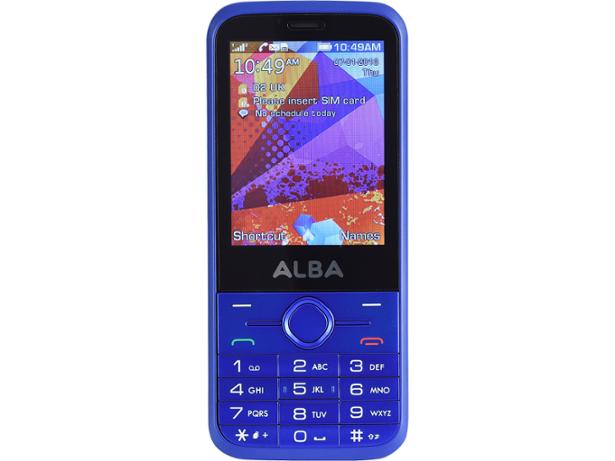 Known for its TVs and tablets, you may not know that Alba also makes mobile phones. Of its simple phone offering, the Alba may be an option if you’re looking for a good price and only need basic features.

It has a 2.8-inch display, which is impressive for a simple phone, and comes with a 0.3Mp rear camera. There’s only 0.06GB of internal storage capacity, but you can expand the storage with a micro-SD card of up to 32GB.

A unique feature of this phone is that it supports Dual Sim usage, so it can have two standard Sim cards – each with their own phone number and contract, at the same time.

It may not be the flashiest simple phone, but it appears to have the basics covered. Did our test agree? Our Alba Free Sim 2.8 inch has the answer. 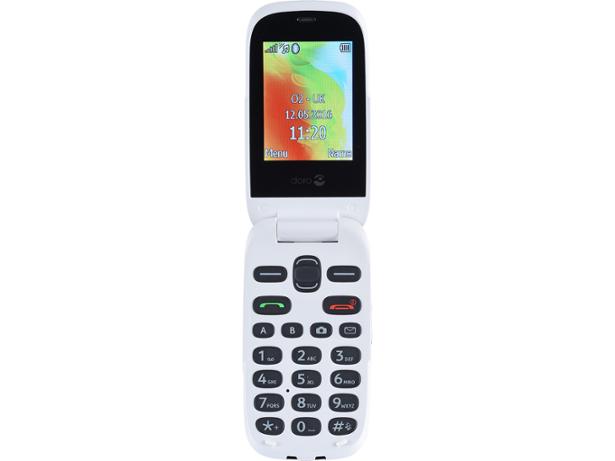 Doro is well known for its range of simple phones, including clamshell designs (otherwise known as flip phones) like this 6030. Features include a sizeable 2.4-inch display and large separated keys to make it easier to use, which could come in handy as a first phone for a young child.

It only has a low 0.3Mp-resolution camera, but it does have a number of useful accessibility functions, such as an assistance button which, when pressed, immediately contacts preset assistance numbers via call and text so your child can contact you immediately.

Features aside, how well does this phone do for its battery life and sound quality when making calls? Read our Doro 6030 review to find out.

Smartphones for kids: ready to make the step up? 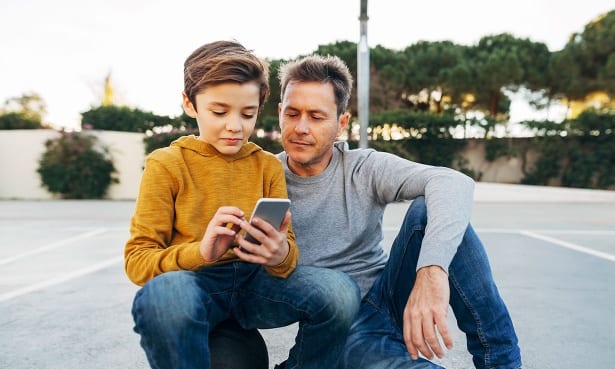 There’s no rule for when it’s the right to buy your child a smartphone, but since the cheapest models start around £100, it’s a big investment to make.

Upgrading from a simple phone to a smartphone is a big leap in terms of what you’ll get for the money. Even sub-£200 smartphones can sport huge display screens, two or more rear camera lenses, selfie cameras and NFC connectivity to make mobile payments.

We’ve shortlisted some popular smartphone picks to consider for children to help you decide whether you want to take the plunge. 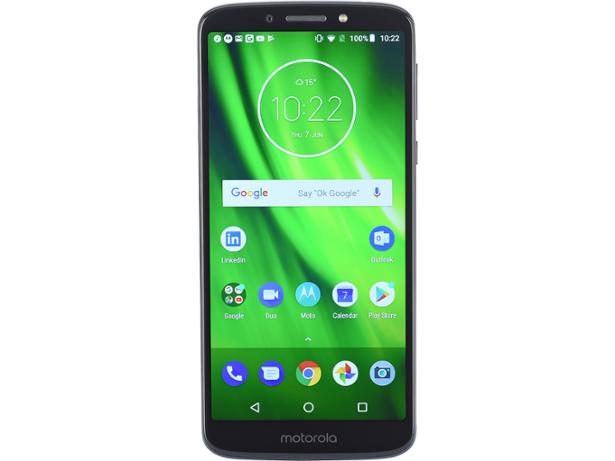 It has a large 5.7-inch display screen, 13Mp rear camera and 8Mp front camera. This phone is able to connect to 4G and has a number of extra features such as NFC connectivity, fast charging for those days when your child forgets to charge their phone the night before and runs on Android so it has access to functions such as the Play Store.

Motorola is known for its budget phones, but our tests have revealed that not all of them are winners. Read our review of the Motorola Moto G6 Play to see how it performed in our tests. 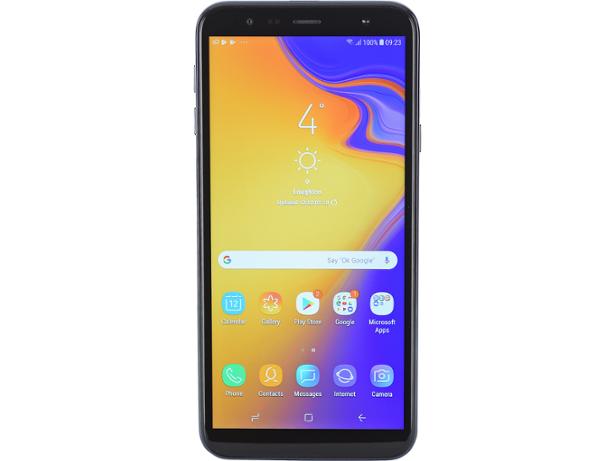 This mega brand may be best known for its huge and incredibly expensive flagship S series, but Samsung hasn’t yet neglected the budget market. The Galaxy J4+ launched in February this year with modest features that are nonetheless impressive for the price.

You’ll have a huge 6-inch HD+ display, a 13Mp rear camera and 5Mp selfie camera. Some of its best features are Dolby Atmos sound for higher-quality audio, not to mention that it comes with headphones in the box. It’s also got a feature called Snap Window, so you can have two apps open at once, so there’s no more waiting for a reply from your child while they finish off a game.

Our smartphone tests evaluate everything the quality of phone calls to how good the external speakers are. Our Samsung Galaxy J4+ review will give you the truth on whether this phone is worth the money.

Is your child ready for their first smartphone? We’re here to help you pick the right one, without breaking the bank. Read our guide on the Best smartphones for kids.