Four fifths of constituency areas suffer from patchy 4G mobile coverage, with both urban and rural areas being affected, according to new analysis of Ofcom data by Which?.

The worst affected areas were in rural Scotland and Wales, but parts of major UK cities and towns such as Brighton, Cardiff and Sheffield were among areas not able to receive a signal from mobile operators EE, O2, Three and Vodafone.

Read our analysis of the best and worst mobile networks to see which providers offer the best value for money and customer service.

Overall, our study found that in 524 out of 650 UK parliamentary constituencies (80%), 4G coverage is not available from all four operators in the whole constituency.

The most poorly served city-based constituencies were Rochford and Southend East in Essex, South West Devon, and Romsey and Southampton North in Hampshire. Each of these constituencies had less than 80% coverage with all four operators.

In towns, the worst affected constituencies for mobile coverage were Clwyd West in Wales, Barrow and Furness in Cumbria, Ribble Valley in Lancashire, and Scarborough and Whitby in North Yorkshire – all of which had less than 60% of the constituency receiving 4G coverage from all four operators.

We found that only three constituencies in Scotland – Aberdeen North, Glasgow North West and Glasgow South West – had complete 4G coverage from all four operators

Which? calls for better mobile connectivity

The research comes amid discussions between the UK government and mobile operators over how to boost mobile access in poorly served areas, the aim being to ensure the government meets its target of extending 4G coverage to 95% of the country by 2022.

Currently, only 67% of the UK’s geographical area has 4G coverage from all four operators, while 8% has no 4G mobile coverage at all.

Discussions have largely centred around the concept of a ‘shared rural network’, which would collate 4G resources together so that all operators can use and share the same signal in poorly served areas. 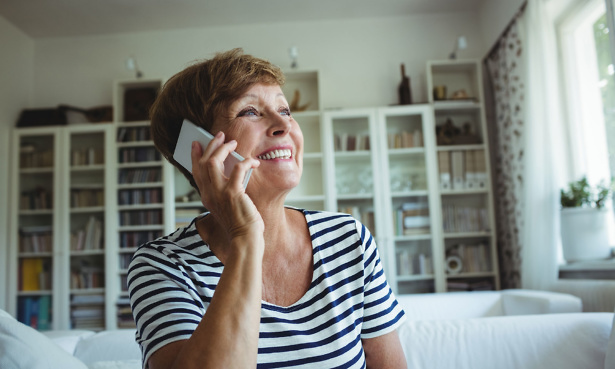 We believe the government must stick to its 95% target and ensure it includes 4G coverage from all four operators, so that people have access to reliable coverage at home, work and on the move from a choice of operators, and are able to get a package that suits their needs.

Without swift action from the government, we are concerned the current deadline will be missed, leaving too many people without decent access to the basic 4G coverage they need.

Caroline Normand, Which? director of advocacy, said: ‘Millions of people are finding it difficult to get a reliable mobile connection and risk missing out on digital services we increasingly rely on – such as online banking, maps and NHS information – while some even struggle to receive important calls and messages.

‘To tackle this unacceptable and widening digital divide, the government must act now to connect the UK with truly comprehensive mobile and broadband by swiftly putting in place a plan to give communities the infrastructure they need.’