Almond milk and other plant milks are no longer niche products. Sales have been helped by the ‘clean-eating’ movement, the myth that dairy is bad for you and an increase in veganism.

According to research by Mintel, the market research agency, sales of plant milks have grown by 30% since 2015.

But how does almond milk compare with cow’s milk? Here’s what you need to know:

Water makes up most of almond milk – around 97% . It’s also the major component of other plant milks, such as soya, oat and rice.

Most almond milks contain around 2% almonds. Alpro Almond Unsweetened (pictured below) contains 2.3% almonds – that’s about two almonds per 100ml or 20 in a litre container. But some contain as little as 1%. Innocent Almond Milk contains 5.8% almonds.

Because plant milks replace cow’s milk in our diets, most almond milks are fortified so that they contain the same amount of calcium.

This substance holds the water and oils (found naturally in the almonds) in an emulsion, so they stay mixed together and don’t separate in the milk.

Locust bean gum and gellan gum – these ingredients stabilise the emulsion of water and oil, and give the milk its texture.

These naturally occur in cow’s milk, so almond milks are fortified to contain similar levels.

Cow’s milk in the UK contains only trace amounts of vitamin D, but is fortified in some other countries, including Canada, Norway and Sweden.

Cow’s milk is also an important source of nutrients such as iodine and phosphorus, which aren’t in almond milk. 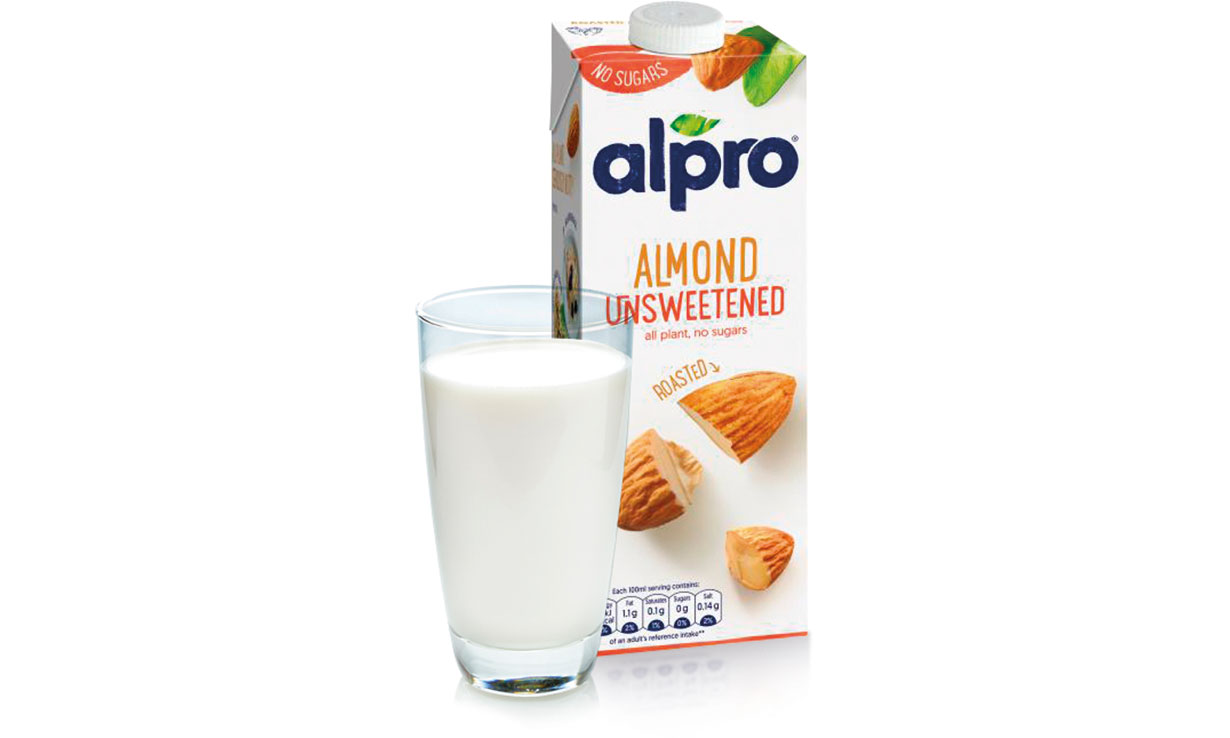 Almond milk is lower in calories than semi-skimmed cow’s milk – around 22kcal per 100ml versus 47kcal per 100ml. It’s also lower in saturates.

Organic almond milk and other plant milks aren’t fortified. To get the same vitamins and minerals in cow’s milk, you need to buy a non-organic, fortified version of almond milk.

Almond milk is at least double the cost of cow’s milk – around £1.50 per litre compared with semi-skimmed cow’s milk at 48-70p per litre depending on whether you buy a two-pint or four-pint container.