When you’re buying a dash cam, you’ll quickly realise there’s a lot of marketing bumf and common misconceptions you’ll need to wade through. Do you really need a high-resolution model? Are dash cams illegal? We’ve dug into common dash cam myths to set the record straight.

Dash cams can help you out if you’re involved in an accident and manage to get a recording of the perpetrator, but did you know that a dash cam can save you money? And that you can actually buy a cheaper model that records higher-quality footage than a pricey one?

Read on to find out more.

We’ll help you pick the right model for your budget – see our best dash cams.

1. You don’t need to buy a higher-resolution dash cam

Manufacturers are always keen to boast that their dash cams record the best footage. So it’s not uncommon to see fancy resolutions like ‘4K’ and ‘Quad HD’ plastered all over marketing material.

But our independent tests have revealed that a dash cam doesn’t have to record in the highest video quality, such as 4K, to capture high-quality footage during the day and at night.

More than half of the Best Buy dash cams we’ve tested record in Full HD. So, rest assured that you can get a great model without needing to splash out on the highest resolution.

Use our dash cam reviews to pick the right model for your budget.

You don’t have to dig too deep into your pocket in order to buy a great dash cam. We’ve recently tested a dash cam for under £50 that impressed us enough to make it into our top five dash cams for 2019.

We’ve also tested a dash cam that cost over £200, but we wouldn’t recommend it. So don’t assume that paying more will guarantee you a great model. Instead, use the results of our lab and road tests to choose the right model at a price you want to pay.

If these features don’t interest you, you can buy an affordable dash cam that does the most important job of recording high-quality footage, for almost half the price.

3. A dash cam can save you money

Dash cams are typically seen as your second pair of eyes if you’re involved in an accident, but that’s not the only thing that they’re useful for. Some car insurance companies reward their customers for owning a dash cam by offering discounts on your premium.

Some of the most well-known insurers have sizeable offers, so you can save money on your car insurance just by owning a dash cam.  Axa and Swiftcover, for instance, give up to a 10% discount to customers who install dash cams in their vehicles.

4. Dash cams are illegal in some countries 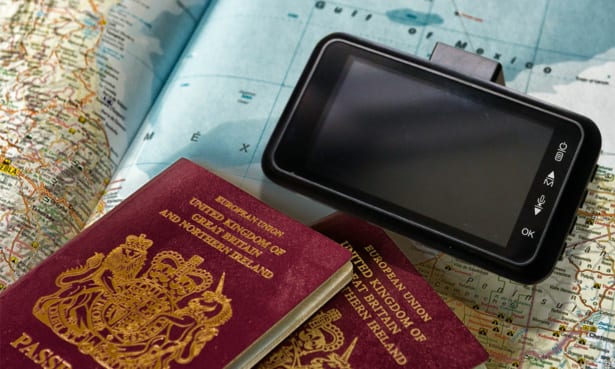 Outside the UK, there are a number of countries where dash cam usage is restricted or even prohibited. In Austria and Portugal, dash cams are banned entirely. Other European countries, like Belgium, France and Germany, place restrictions on them for anything outside of private use.

If you’re driving your car abroad, it’s important to check the rules of the country you’re visiting before you travel with a dash cam.

Dash cams are legal within the UK, but there are strict rules about how you can use them.

Dash cams must be installed correctly to ensure that they don’t obstruct your vision while you’re driving. If it’s positioned incorrectly, you could face a fine and your footage may be rendered inadmissible in court.

To find out more about the restrictions on installing and using your dash cam, see dash cams and the law.

5. Not all dash cams are equal

Dash cams can all appear to be the same, given that they all record the road while you drive. But models can differ hugely in their footage quality and the features and functionality they offer.

We’ve tested some dash cams that are incapable of producing clear footage, even in the daytime. The very best ones produce clear recordings, even at night with the glare of headlights and street lights around.

But footage isn’t all that sets the best dash cams apart. 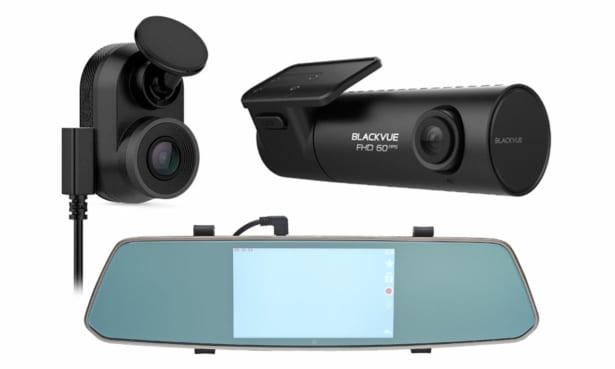 There are several different types of dash cam. We’ve tested some of the most unique models that might catch your eye.

This is one of the smallest dash cams on the market, roughly the size of your car key. Despite its size, it still manages to pack in audio recording, the ability to take photos and wi-fi functionality.

To find out how well it measures up next to full-sized models, read our full Garmin Dash Cam Mini review.

A uniquely designed dash cam, this Chortau model doubles as a rear-view mirror with a huge 4.8-inch touchscreen display.

It should be a seamless addition to your car, but is it worth buying? Our expert Chortau Mirror Dash Cam B-T006 review reveals all.

Blackvue dash cams are known for their sleek design, and the Blackvue DR590W-1CH is no exception.

It’s one of the brand’s most premium models, and it comes with a Sony-branded sensor that Blackvue claims improves its recording quality in low light.

How well does it do in our road tests at night? Check our Blackvue DR590W-1CH review to get your answer.