British Airways, easyJet, Norwegian Air, Ryanair and Tui have all launched Black Friday holiday and flight deals. But we’ve found that few deals are as good as their dazzling headline prices suggest.

During Black Friday 2018 we recorded the promotional holiday prices offered by all five companies. We checked the same holidays and flights two weeks later, on Friday 7 December, and uncovered exaggerated savings and deals that simply didn’t exist.

For more stories like this plus independent advice, ground-breaking investigations and impartial reviews, find out more about Which? Travel.

A year ago, Ryanair advertised its Black Friday sale: 25% off one million seats if you purchased by midnight and travelled between January and April 2019.

But none of the flights we checked were any cheaper if you booked on Black Friday than buying them a fortnight later. Most were just the same price, and two flights – London Stansted to Oslo, and Stansted to Lanzarote – were actually £5 more expensive.

Looking at 10 Ryanair flights, only six routes were available at the headline sale price offered on Black Friday for the months highlighted. A sale discount from London Stansted to Barcelona Reus for £4.88, didn’t exist for the advertised dates, and the best deal we could find (for December travel) was twice the price.

But eight out of the 21 holidays we looked at on Black Friday were cheaper when we checked prices again two weeks later.

In fact, if we had waited a fortnight to book a three-night trip to Barcelona, flying from London Luton in January 2019, our room-only package at BCN Urban Hotels Del Comte would have been £26 cheaper, approximately 13% less than the Black Friday price of £203.

We also found that Tui was publicising online discount codes offering £100 or £150 off selected breaks. However, these codes didn’t work with two of the five holidays we looked at.

And a week in Lanzarote flying from Birmingham and staying at the Riu Paraiso Lanzarote reputedly with £100 off – was actually only £32 cheaper on Black Friday than two weeks later. 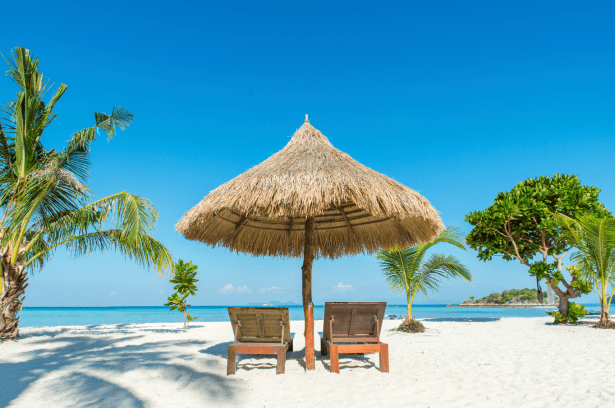 Norwegian Air fared better, and out of the 10 flights we looked at in this instance (all for March 2019 travel), nine of the Black Friday deals were cheaper than available flights two weeks later.

However, while the website advertised savings of 30% off short-haul fares and 15% off long-haul, our savings only averaged £6. Norwegian told us that the saving is based on net, not gross, fares (so excludes taxes and charges) but this isn’t clear on the site.

We did find some Black Friday offers that appeared to be genuine discounts. Of four British Airways holidays, we found that three were better value for money on Black Friday than two weeks later (the fourth holiday was the same price).

However, a  £300 saving for a February 2019 holiday for two people in Kalinago Beach Resort, Grenada, when booking on Black Friday reduced to a £146 saving when booking in December.

An easyJet city break to Rome for two people , flying from London Luton and staying in a room at the four-star Hotel Imperiale, proved to be £195 cheaper if we booked on Black Friday than clicking the buy button two weeks later.

Find the best holiday destinations each month in our guide of where’s best to travel when.

Amber list holidays and ‘amber plus’ category: Quarantine and testing rules for travellers