Almost a third of shoppers say they’re likely to give gift cards this Christmas, despite the risk of losing money if the card expires or the retailer goes bust.

Gift vouchers might be an easy last-minute gift and a safe option for hard-to-buy-for relatives.

But as we head into another uncertain festive season for retail, is it time to give up on giving gift cards?

Here are five things to know before giving a gift card this Christmas:

Most gift cards have expiry dates. The date you can use them until is usually somewhere in the small print.

High street retailers offer gift card holders anything between just a few weeks to a couple of years to spend their credit. Only a handful currently offer an unlimited time to spend.

It’s estimated that as many as 98.6% of vouchers are spent within a year, but in a £6 billion market, that could still mean millions of pounds going unspent.

Which? found an example of a gift experience with a tight expiry date advertised as ‘perfect for Christmas,’ leaving the recipient just four days to redeem after Christmas Day before it expired on 29 December. 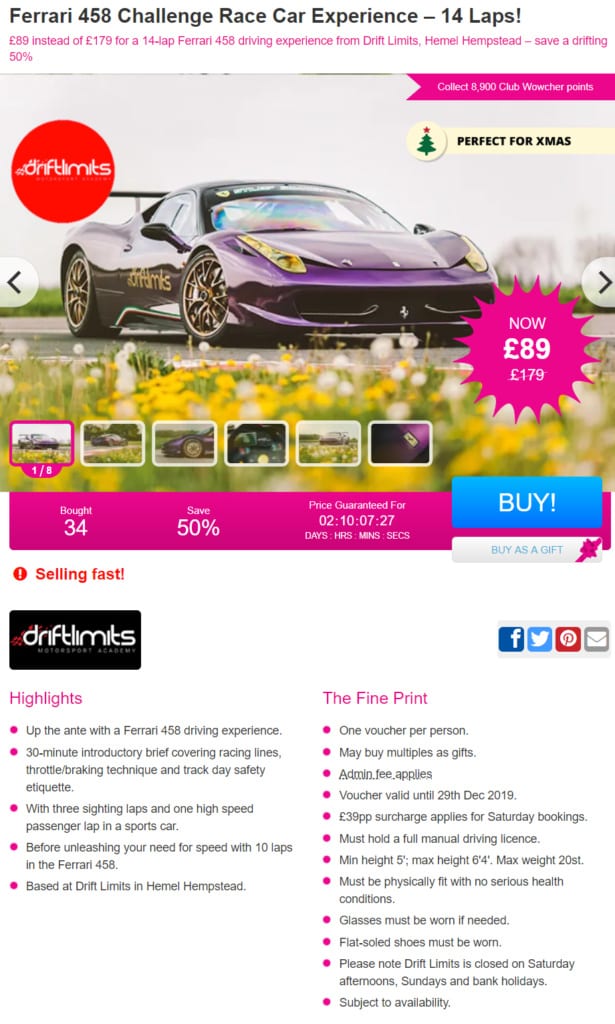 Wowcher told us the deal should not have been tagged as ‘perfect for Christmas.’

‘We agree the validity of this deal is too short to be gifted and was tagged due to human error,’ it said.

‘We have subsequently extended the validity of the voucher until April 2020 which means all customers who have purchased this deal will have until April to utilise their voucher.’

Sometimes vouchers have restrictions too. The recipient might only be able to spend them on certain services or at certain times.

For example, one person told us received two iTunes gift cards as presents in the last year with a total value of £40. But because they ‘subscribe to Spotify and have an Android device, unfortunately the vouchers were completely useless.’

We’ve also found examples of vouchers being limited to being used only on weekdays, or invalid during peak times such as bank holidays.

3. Gift cards are worthless if the company goes bust

If a store goes bust, its gift cards will probably be rendered useless and you’ll lose your money.

Which? has heard from people with gift cards for the likes of Toy R Us, Mothercare and Thomas Cook who have lost hundreds, and in some cases thousands, of pounds after the retailers collapsed.

Many physical gift vouchers are stashed away and forgotten about or lost.

They’re also often used to buy something costing less than the value of the card, and the remaining balance is never spent.

5. Refunds can be tricky

If things go wrong with something bought with a gift card, any refund will be given back on a gift card.

You’ll have to spend anything credited back to you at the same store.

If you do decide to give gift vouchers:

Alternatively, consider simply giving someone money for Christmas. The recipient will be able to spend it on whatever they want, when they want.