A Which? survey of over 7,000 shoppers has revealed the best and worst websites for online shopping.

For the third year in a row, DIY store Homebase.co.uk came bottom in our list of 100 online retailers. Shoppers bemoaned its poor customer service and stock availability.

At the other end of the scale, beauty retailer LizEarle.com and tech websites RicherSounds.com and WexPhotoVideo.com were voted joint-best online retailers by the 7,604 Which? members we surveyed.

Here, we take a closer look at the results and explore what shoppers really want when they’re ordering online.

In the Which? survey, which ran through June and July 2019, we asked respondents to rate their online shopping experiences over the previous six months.

For each retailer they’d placed an order with, shoppers told us how satisfied they were with their experience and whether they’d recommend the retailer to a friend. We then used these responses to create a customer score for each website.

The three highest-rated retailers scored an impressive 93%, while worst-rated Homebase.co.uk only managed a disappointing 57% (more on this later).

See our full league table of 100 online retailers in our guide to the best and worst online shops.

Once again LizEarle.com has topped our table of online retailers, but this time the natural beauty brand shares the winning spot with RicherSounds.com and lesser-known WexPhotoVideo.com.

Liz Earle was founded by two beauty experts in the mid-90s and has since become a perennial favourite with shoppers. Which? members told us they rated its products and fast delivery.

Specialising in audio equipment, Richer Sounds regularly tops both our online and in-store shopping survey results. It’s even Which? Retailer of the Year 2019. 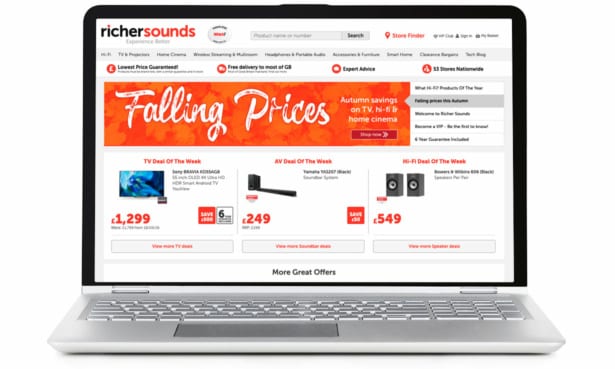 And it might not be a household name but WexPhotoVideo’s huge range of over 20,000 pieces of specialist camera kit certainly keeps its customers happy.

Shoppers praised Wex’s live chat and email service, with one saying: ‘I emailed and asked their advice before ordering. They were very helpful and gave me an unbiased comparison.’

Four other online retailers were hot on the winners’ heels: AllBeauty.com (which sells beauty products and fragrances), tools and machinery specialist Axminster.co.uk, department store JohnLewis.com and Rohan.co.uk, an outdoor clothing specialist, each scored 90%.

The final three in our top 10 all sell specialist items, too. Abebooks.co.uk, ChainReactionCycles.com and Dyson.co.uk each scored 89%.

Where should you buy clothes online?

With increasing numbers of us turning to the web for clothes shopping it’s lucky that the clothing, accessories and shoes category of our survey turned up more Which? Recommended Providers than any other.

High scorers like CTShirts.com (87%), SeaSaltCornwall.co.uk (87%) and WhiteStuff.com (83%) may not have made it into our overall top 10 online shops but they’re still miles ahead of the likes of Matalan.co.uk (66%) and Zara.com (67%), according to the shoppers we surveyed.

One White Stuff customer told us they liked the staff, who ‘go above and beyond to help if you need to ring them’, adding: ‘I feel like a valued customer.’

Sea Salt Cornwall shoppers praised ‘the good quality products and fabrics’ and said, ‘The clothing is great and fits perfectly’.

Homebase.co.uk gained the lowest score of all the online retailers we asked our members about yet again this year. The struggling DIY retailer was bought out last year for just £1 and stores have been closing since then.

This downward trend appears to have affected the store’s online offering, too. One shopper told us that their complaints had been entirely ignored, leaving them out of pocket, while another said they ordered products online only to be called later and told they were out of stock. 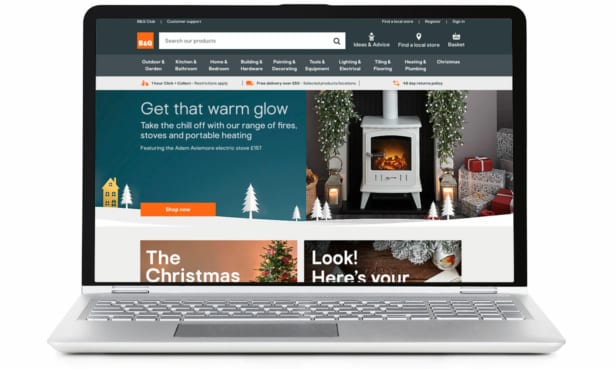 Another low-ranking online retailer was WHSmith.co.uk (62%), which also came last in our most recent high street shops survey.

One of our survey respondents said: ‘I ordered [an item] only to be told three months later that it was out of stock.’

The decline of House of Fraser

HouseOfFraser.co.uk scored a lacklustre 60%. This represents a serious decline from a just-below-average ranking of 66th (77%) in last year’s survey to joint-97th this year.

House of Fraser’s online customers complained of a lack of choice and high delivery costs. ‘Even when I spend over £50 I have to pay £5 for delivery,’ said one unhappy shopper. 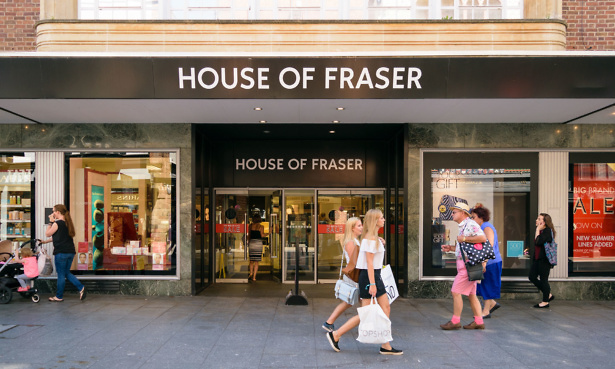 When we mystery shopped department stores for the April 2019 issue of Which?, House of Fraser was found to be the most expensive – despite what our researchers described as the stores’ ‘shabby’ and ‘unloved’ appearance.

In our other annual shopping survey, which compares high street stores, House of Fraser’s score had also significantly dropped.

Department stores are by no means dropping in popularity across the board.

John Lewis was rated the best online retailer in an impressive four categories – clothing and accessories, furnishing and homeware, entertainment, and outdoor and sporting equipment – this year, as well as coming joint-runner-up in our overall top 100 table.

Despite John Lewis’s commercial problems (significant staff cuts were announced after its first-ever half-year loss in the six months to July) survey respondents were overwhelmingly positive about the department store’s website. 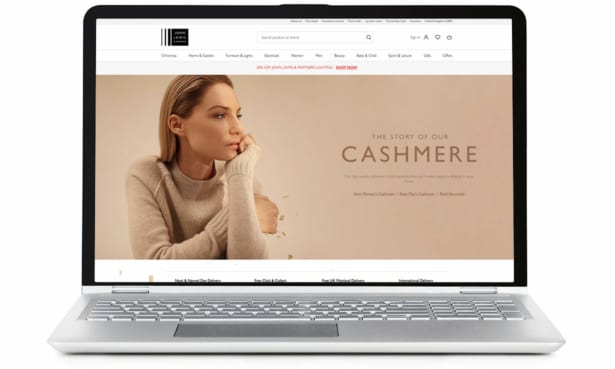 Which? members told us that its customer service was top-notch and that the website offered excellent value for money.

For many respondents it was being able to have online orders delivered to Waitrose, as well as John Lewis branches (of which there are only 54 in the UK), that really set it apart. ’I ordered something at 8pm and it was ready to collect in Waitrose by 10am the next day,’ said one shopper.

If you want to buy something from John Lewis but see it cheaper elsewhere, provided it’s a competitor with high-street stores, you can visit JohnLewis.com and submit a claim.