You would be forgiven for thinking 8K was about to become the norm as LG, Samsung and now Sony have unveiled more 8K TVs than ever. But hidden beneath mammoth ultra-high resolution screens there are still 4K sets to be found.

The ZH8 8K sets are leading Sony’s 2020 line-up, but unlike LG and Samsung, which will both have 8K sets in more living-room-friendly 65-inch sizes, Sony’s smallest is 75 inches.

Its new 48-inch OLED TV is a concession to those without a cavernous lounge, and it’s the joint-smallest OLED screen we’ve seen alongside LG’s newly announced 48-inch set.

With both big and small TVs pushing the envelope in terms of technology, Sony’s line-up looks strong even at this early stage – and it’s the only manufacturer to release information on the majority of its TVs for 2020, not just the high-end ones.

2020 TVs will be pricey when they launch later this year, but 2019 model are cheaper than ever – here are the best we tested. 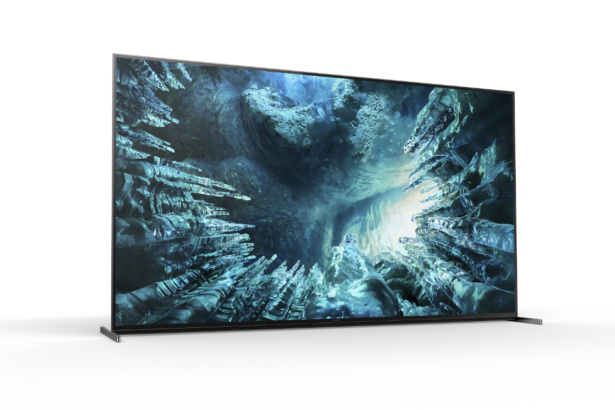 Sony is making a lot of the backlight on its latest 8K set. It’s ‘full-array’, which means the lights that illuminate the liquid crystals to create the picture sit directly behind them rather than on an edge. Having more bulbs positioned in this way increases contrast control. Blacks should be coal-like and deep, while whites should glint like sunlight striking steel. Unbalanced contrast can mean the death of detail as it gets lost in overly dark or bright scenes, which would be even more tragic at stunning 8K resolutions.

Of course, finding something to watch in 8K is almost as challenging as scraping the money together to buy a TV capable of displaying it. There still isn’t any full 8K content to watch and that’s unlikely to change in 2020. The X1 Ultimate processor coupled with 8K X-Reality PRO is Sony’s ace in the hole, or so it hopes. It’s these technologies that are responsible for sharpening SD, HD and 4K content to something approaching 8K resolution and justifying owning an 8K TV. It’s fair to say there’s a lot of pressure on its shoulders.

Sound hasn’t been ignored either. Sony adopted a unique approach for high-end sound on its TVs some years ago and is continuing with it in 2020. Tweeters, subwoofers and actuators sit behind the screen and vibrate the part where the sound is coming from. This creates a directional sound that’s more like what you experience at the cinema. The ZH8 speakers even vibrate the TV’s frame, which sounds like a recipe for disaster given the TVs with rattly bezels that we have tested in the past. Hopefully Sony has avoided that pitfall with its flagship sets.

Google’s Android TV is still the operating system of choice for Sony and the redesigned remote now has a backlight, so you can see the buttons when the lights are off for your film night. 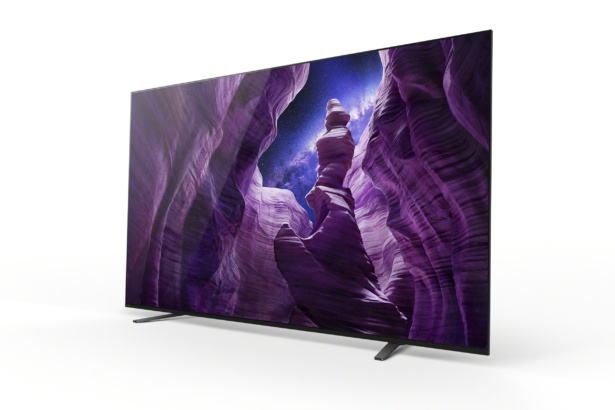 Like LG, Sony has announced an OLED that’s bound to appeal to anyone who doesn’t want, or can’t fit, a big-screen TV into their living room. 48 inches is considered small by modern standards and not far off the most popular screen size of 49 inches, judging by which of our TV reviews are most visited.

It’s not just the 8K TVs that benefit from the X1 Ultimate processor, the OLEDs get it too. SD and HD footage should be close to 4K once the advanced chip has finished tweaking, sharpening and polishing every object on screen.

Screen vibration for sound, technology Sony calls Acoustic Surface Audio, is the order of the day again. We’ve tested many TVs with this feature and have always been impressed by the unconventional technology. We’ve never seen it in a TV measuring 48 inches though and a smaller screen may compromise quality.

It’s not exactly the same technology we’ve seen in Sony’s OLEDs before, though. The speakers are smarter and capable of detecting sound-absorbing materials in the room, such as curtains and sofas. The speakers will then adjust so the sound isn’t negatively impacted by your room layout or its contents.

The screen does something similar, but with light sources. If the room is particularly light, the screen brightness will increase to compensate and vice versa if the room is dim.

Find out more about OLED technology and see which models we rate highest in our guide to OLED TVs.

What else is coming from Sony? 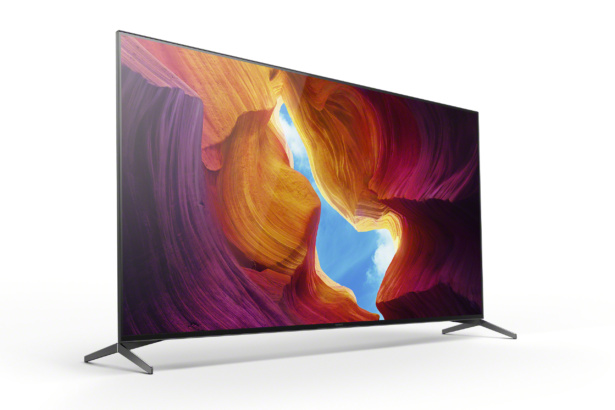 The XH95 TVs appear on paper to be a mirror of the 8K ZH8, but without the extra resolution capabilities (it’s 4K rather than 8K).

That means it retains the X1 Ultimate processor, full-array backlight for improved contrast control, Dolby Vision HDR, an advanced format capable of adjusting contrast on the fly, and Dolby Atmos, which boosts the surround-sound effect of speakers by simulating sound coming from above. An array of speakers behind the screen simulate sound coming from the screen, unsurprisingly. The speakers themselves have been redesigned to improve the low bass tones. Better yet, the tweeters and subwoofers each get a dedicated amp for individual control and better balance of the high, mid and low frequencies. 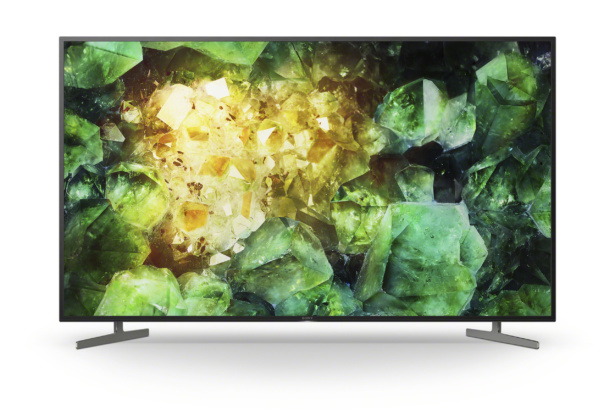 The speakers are the key difference between the mid-range and high-end Sonys. The Acoustic Multi-Audio set-up found in the XH95 doesn’t carry over. Neither does the processor, but that doesn’t necessarily mean the picture will suffer too much. We test TVs every year that belie the quality of their internal components and impress us anyway, so these TVs could be as good looking as the pricier models above.