Apple Watches are ultra-fashionable and come with lots of features, including terrific screens, fall detection and a wealth of health and fitness features – but they’re also very expensive. If you like the look but not the price, there are plenty of similar models around.

The latest of these is the Amazfit GTS – it’ll cost you £110. With the latest Apple Watch Series 5 starting at £399 – or £499 for the version with cellular connectivity, that’s quite the saving. 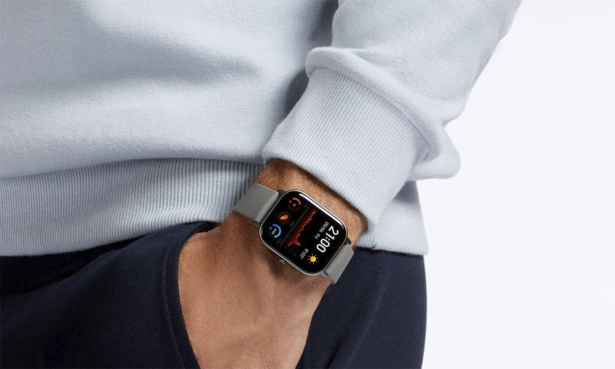 As you’ll see from the picture, the Amazfit GTS looks unmistakably Apple-like, with its curved screen and crown, although this crown doesn’t rotate like Apple’s.

Amazfit can go even cheaper than that – the Amazfit Bip (£50; below), which came out a couple of years ago, also paid homage to the Apple design. 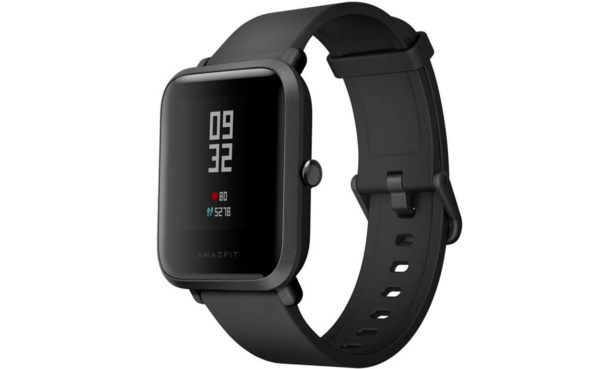 Whereas the Bip had a low-resolution display (176 x 176 pixels), meaning it already looked a little dated when it launched, the GTS has a high-res AMOLED colour display (348 x 442).

As with the Bip, the GTS can’t compete with Apple for features, whether we’re talking smart or fitness. You won’t have the long list of sports-tracking modes you’ll get with Apple or NFC for contactless payments. And you won’t have quite as wonderful a screen.

You won’t be able to respond to messages or emails, make or receive phone calls, and you won’t get any of the really interesting features the Apple Watch Series 5 (pictured below) or 4 are famous for, such as fall detection, beautiful moving watch faces, sophisticated motivational features or the ability to take ECGs (electrocardiograms). 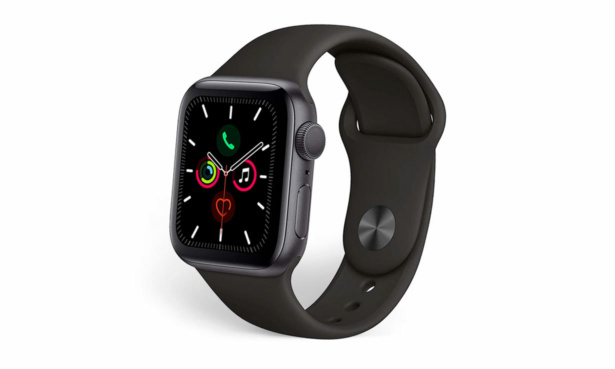 But you might not want all that anyway. The GTS can measure the usual steps, distance and calories burned, plus heart-rate and sleep, and it has GPS (so no need to take your phone out with you for it to track your route). It’s also water-resistant for pool swimming (the Bip isn’t).

Head to our full reviews of the Amazfit GTS and Amazfit Bip to find all about what we liked and disliked about these watches compared with the Apple Watch 5. 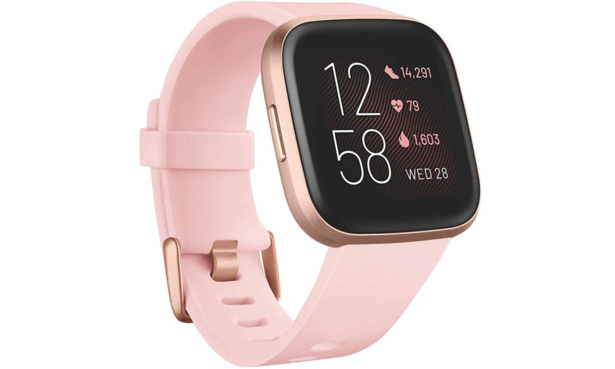 Next up is the Fitbit Versa 2 – it has a similar ‘squircle’ design to the Apple Watch, and in a way, it seems unfair to lump it in with some of the more overt Apple wannabes below.

As with its predecessor, the Fitbit Versa (£120) – which shared the same rounded rectangle shape – the Versa 2 is pleasantly simple to use and lightweight on the wrist. The Versa 2 has an AMOLED display that’s brighter and crisper than that of the Versa (both are 330 x 300 pixels).

Both Versas have a wealth of fitness features (this is Fitbit, after all). and Fitbit offers its own detailed sleep-tracking app – something Apple doesn’t. You’ll have to download a third-party app to track your sleep – assuming the battery lasts the night, anyway, which it might well not.

The Fitbit smartwatches don’t have in-built GPS, which is fine if you’re happy to always take your phone out with you on a run, but it’s disappointing considering how many other watches manage it, and considering Fitbit’s focus on fitness.

Check out our Fitbit Versa 2 review and Fitbit Versa review to check all the features you want are present and correct before you buy. 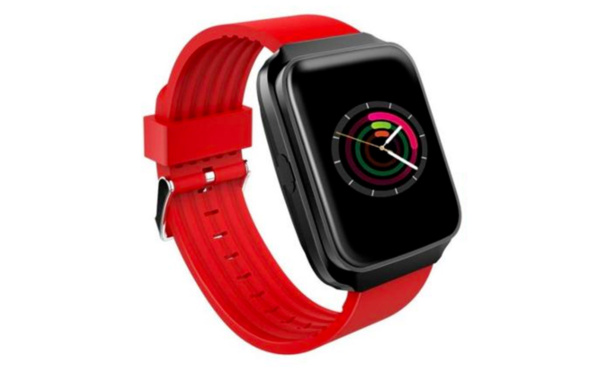 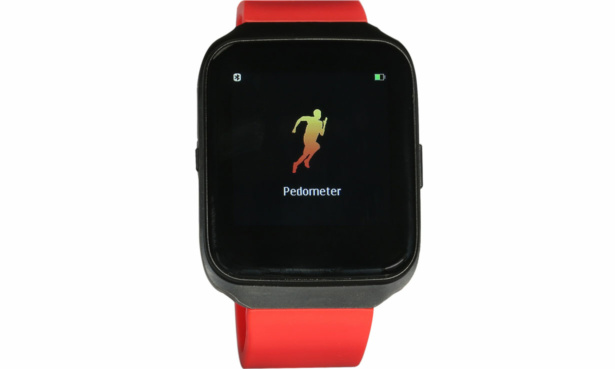 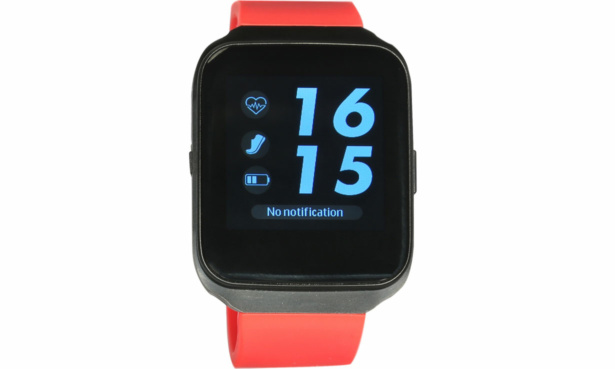 The fourth-generation Apple Watch was a big redesign compared with the Apple Watch Series 3 (pictured below), adding significant features such as new health and fitness tracking (including the ECG readings and fall detection we mentioned), a larger display and a more impressive speaker. It’s slimmer and lighter than the Series 3, too. 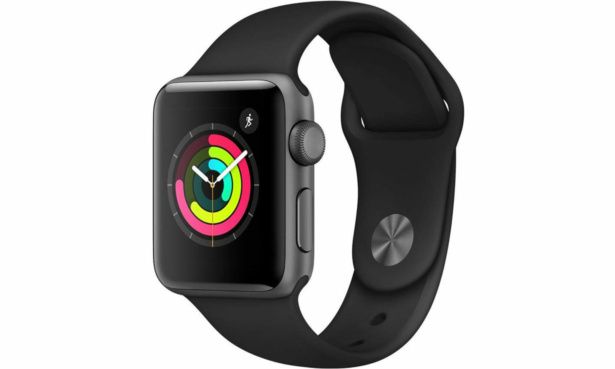 Still, the Series 3 isn’t short of features by any means. It comes with plenty of exercise modes, a bright, responsive touchscreen (272 x 340), GPS and lots of scope for customisation. Apple is selling the Series 3 for £199 (aluminium case and sport band), so, if you’ve got your heart set on an Apple but can’t afford the latest version, the Series 3 could be a good shout.

Or you could buy a second-hand version of the Series 1, 2 or 4. Apple’s refurbished store is selling the Series 4 for £299 (aluminium case with sport band, non-cellular version). There are fewer differences between the Series 4 and 5 than between the Series 3 and 4: the Series 5 added an always-on screen option, a wider range of case materials and an updated processor.

Our guide to Apple Watches compared drills down further into the differences between the Apple models.

If you’re prepared to be patient, the Xiaomi Mi Watch and upcoming Oppo watch (name still TBC) are also, shall we say, heavily inspired by Apple – at least judging by the promo shots.

Neither has been launched in the UK yet, but we’ll be giving you all the details once we’ve got our hands on them.

The Xiaomi Mi Watch has an AMOLED display (410 x 410), cellular connectivity for calls when your phone isn’t to hand, GPS and NFC for contactless payments. We’re expecting the Mi Watch to be released in the UK within the next few months.

The Xiaomi Mi Watch is the first Xiaomi-branded smartwatch, but you can read our reviews of the Xiaomi Mi Smart Band 4 (£41) and Xiaomi Mi Band 3 (£18) fitness trackers to find out whether other Xiaomi wearables can track your fitness stats accurately and whether they’re well-built. 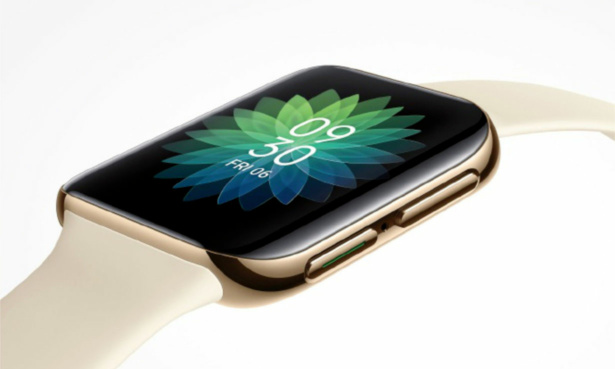 Oppo has released very few details of the upcoming Oppo watch, but we’re hoping to see this released by the spring, too. As you can see from the picture above, it too looks remarkably similar to the Apple.