We’re all being advised by the Department of Health and Social Care, and WHO, to regularly wash our hands and use hand sanitiser gels in a bid to keep COVID-19 at bay. But excessive washing and use of sanitiser, especially if your hands aren’t used to it, can cause dryness and irritation.

Cosmetic scientist Dr Barbara Olioso, from The Green Chemist Consultancy, says that while frequent hand washing is crucial, it can lead to damage of the outermost layer of skin (the stratum corneum) if we don’t take supplementary measures.

‘You need to keep your hands clean from the virus but protect the skin at the same time,’ says Dr Olioso.

‘If you just keep the skin clean but don’t look after its integrity, you could end up with dry, damaged skin. It’s important to keep the skin nourished so it’s there as an effective barrier.’

To help you keep your hands healthy, we tried out eight intensive hand creams, and rated them for effectiveness and greasiness. We’ve also looked into common hand cream ingredients and what they do, plus offer tips for looking after your hand health.

Coronavirus: how to protect yourself and others – get the latest advice on staying healthy and avoiding infection

Coronavirus hub – what you need to know about how it might affect holidays, travel, money and more 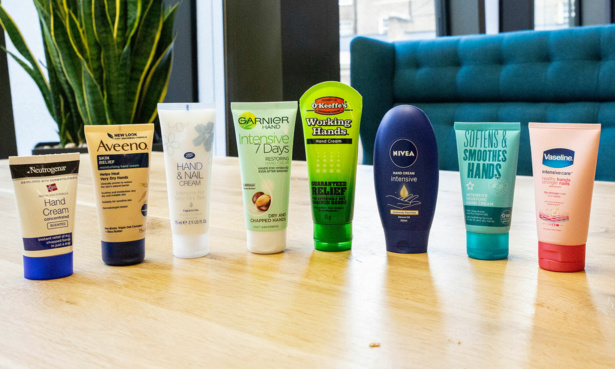 We tried eight popular hand creams, in the ‘intensive’ category, that you’ll find at major pharmacy chains such as Boots and Superdrug.

We decanted each cream into a plain tube and asked our volunteers to wash their hands thoroughly for 20 seconds with soap and water, as per health guidelines, then use a hand cream and tell us what they thought.

Aveeno Skin Relief hand cream was rated highly for leaving hands feeling very well moisturised, but some didn’t like the lack of scent.

Nivea Intensive hand cream and Vaseline Intensive Healthy Hands were both unanimously rated as leaving hands ‘quite well moisturised’ and, on the whole, people who tried them liked the smell of these products too – although they were off-putting for some.

At the other end of the scale, O’Keeffe’s Working Hands cream was considered greasy and those who tried it didn’t think it left their hands feeling that well moisturised. Neutrogena’s Concentrated hand cream was rated the greasiest of the bunch, although users conceded that their hands did feel well moisturised afterwards.

Of the own-brand options, Boots’ version divided opinion, with some liking the lack of smell and others mourning it, while Superdrug’s Intensive hand cream put people off with its strange tendency to flake. 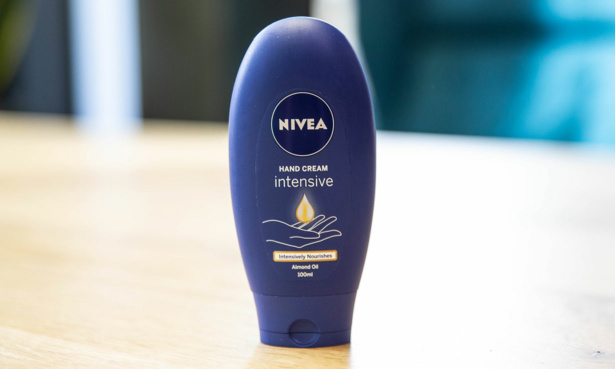 Our volunteers rated this cream as having quite a thick consistency and most liked the familiar Nivea scent. All thought it left their hands quite well moisturised, if a little greasy (a common complaint). 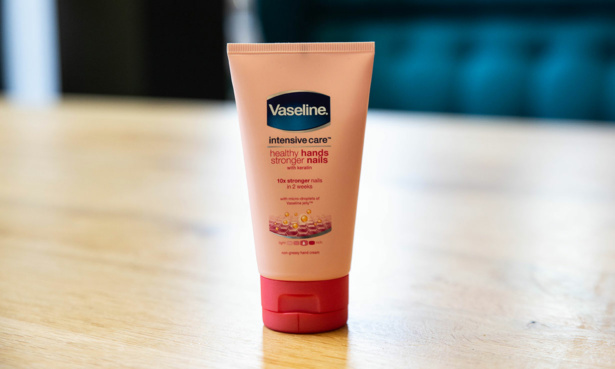 This cream has a thinner consistency, which might explain why users thought it absorbed well into their skin. 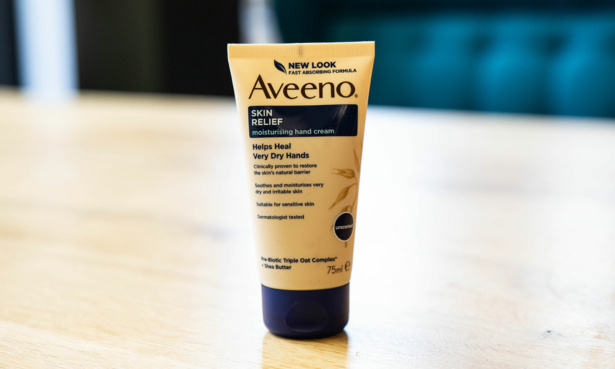 This proved itself a good all-rounder – it got the highest number of top ratings for leaving hands very well moisturised, wasn’t too greasy and absorbed relatively easily, too.

It’s got a medium thick consistency and the smell wasn’t strong enough to delight or horrify anyone, although one tester commented that it smelled a bit ‘musty’. It’s often on offer for around £3.89. 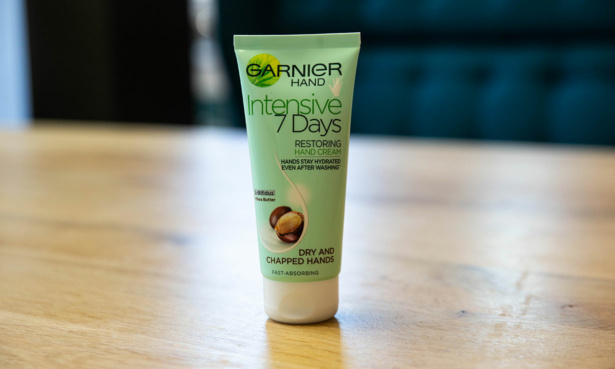 This heavily scented ‘fast-absorbing’ cream divided those who tried it. Some felt it didn’t absorb very well into skin and left it feeling greasy – ‘slippery’ and ‘slimy’ were some of the phrases used to describe it.

All agreed it left hands feeling quite well moisturised, but the scent split opinion – some liked the pleasant ‘baby powder’ smell, while others thought it was too fruity. 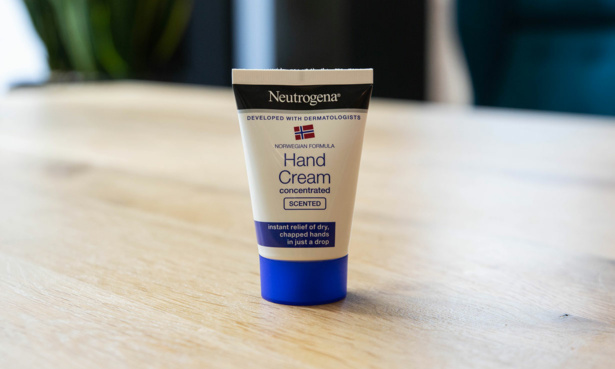 This concentrated cream has a thick vaseline-like texture that users found difficult to absorb and left their hands very greasy. However, this could pay off as they also rated it as leaving their hands generally very well moisturised.

One user suggested it would be a good option to put on at night, as it was too greasy to be practical during the day. 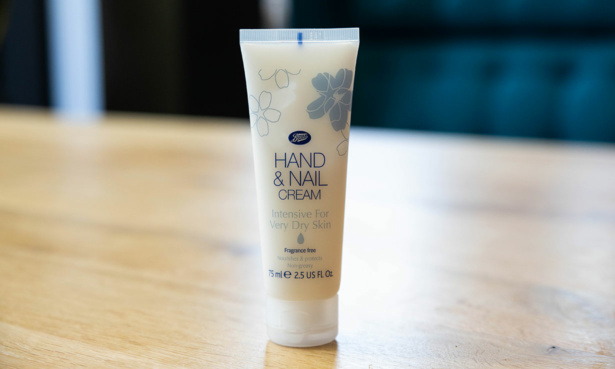 Most people who tried this budget cream thought it absorbed relatively well, leaving hands quite well moisturised and only a little greasy. 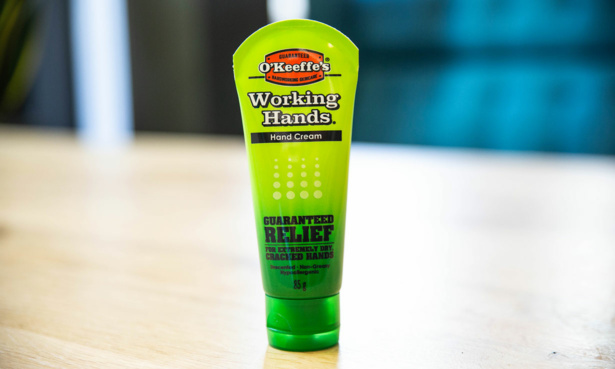 Overall, it was considered to leave hands quite well moisturised, but users were put off by the lack of smell (or in one person’s case the ‘unpleasant, vinegary smell’) and slippery hands. 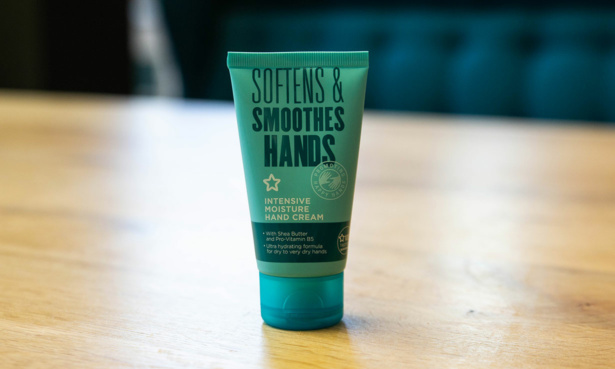 This own-brand cream didn’t win a great deal of fans in our tryout. Several of those who tried it commented on its strange habit of flaking off after application, leaving them with unpleasant bits on their hands. It was also less absorbent and a little greasy.

Some felt it didn’t leave their hands very well moisturised, although most said it did an OK job. The smell also put some people off, with one user describing it as ‘horrible’. 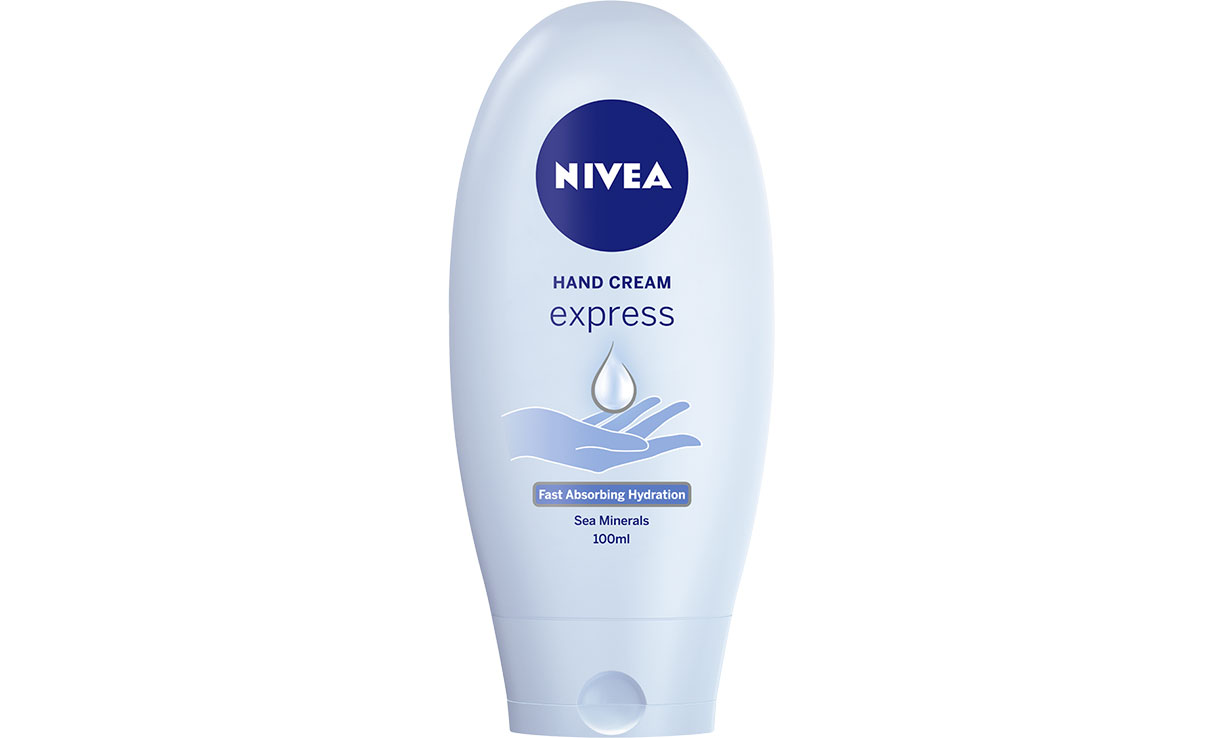 Your hands tend to get the most wear and tear as they are exposed to the elements, and regular washing (particularly at the moment) can cause dryness and irritation.

A good hand cream will help to restore and protect the skin, leaving it feeling moisturised, without leaving it so greasy you can’t pick up a pen afterwards.

Here, Dr Olioso explains how the different ingredients in a typical hand cream work to keep your skin nourished and strong – and offers advice on how to look after your hands while coronavirus is rife.

What’s in your hand cream?

Humectants are one of the three key ingredients you’ll find in hand moisturiser, along with occlusives and emollients. They work by drawing water from the air and into the skin.

Glycerine is a common humectant. It has three hydrophillic (water-loving) alcohol endings, which is why it attracts water so effectively.

It also gives skincare products such as hand creams a pleasant, rich skin feel – although too much of it can make a product feel sticky.

Occlusives form a protective physical barrier on top of the skin to seal water in and prevent it from evaporating or being drained away by external factors such as wind or frequent hand-washing.

They can feel greasy and heavy on the skin (petroleum jelly is a good example), but dimethicone – a popular synthetic occlusive – provides an effective barrier without the heaviness. It can also help a hand cream to feel smooth and to glide out of the bottle for easy application.

Dr Olioso says: ‘Dimethicone is like a liquid plastic seal to help with the skin’s barrier function. It also helps with lubrication, filling gaps between the skin cells.’

Other popular occlusives include liquid paraffin and beeswax.

Emollients soften the skin and help to prevent the skin from drying out in low humidity environments or after cleansing.

Shea butter is an effective option that serves as an occlusive too. Other emollients include myristyl alcohol, capric triglyceride (made from coconut oil) and lanolin.

These help to stabilise mixtures of oil and water-based substances by reducing the surface tension of the ingredients being emulsified so that they blend together.

Without them, you might find water forming at the bottom of a pot or tube and oil gathering at the top.

Sensory modifiers convert a negative sensation into a more pleasing one.

They include ‘slip modifiers’ or ‘absorbents’, which help to give hand creams a silky skin-feel as well as good oil absorption.

Once such slip modifier is tapioca starch, a modified starch derived from the root of the cassava plant, which also allows ingredients to flow more easily from the bottle.

If you’re regularly applying hand cream a sensory modifier should mean you’re not constantly dealing with a greasy residue.

Other sensory modifiers include talc and kaolin.

Stabilisers are used in conjunction with emulsifiers to help stop products from separating into their water-based and oil-based components.

Sodium carbomer is a synthetic stabiliser and ‘rheology modifier’. This means it helps with the viscosity of a skincare product so your hand cream will have the consistency you expect from it.

However, it does this with potential environmental consequences.

Dr Olioso says: ‘Sodium carbomers are microplastics, which are microscopic (less than 5mm) synthetic polymer particles that are like microbeads, but smaller and finer. They also resist biodegradation.’

A more eco-friendly alternative to sodium carbomer is xantham gum, which is a natural, sugar-based polymer.

Preservatives help to keep skincare products at their best by zapping microorganisms including fungi, bacteria and yeast that could cause products to spoil and reduce their shelf life.

Phenoxyethanol is one such ingredient. It’s usually made synthetically and works by damaging the cells of these unwanted microorganisms, so you don’t end up with mould on the back of the lid.

As our trial proved, how a hand cream smells can make or break it for some people. Linalool is a common fragrance in cosmetics which has a floral aroma similar to lavender and bergamot. It occurs naturally, but can also be produced synthetically.

These ingredients can be allergens, which is why they are listed. 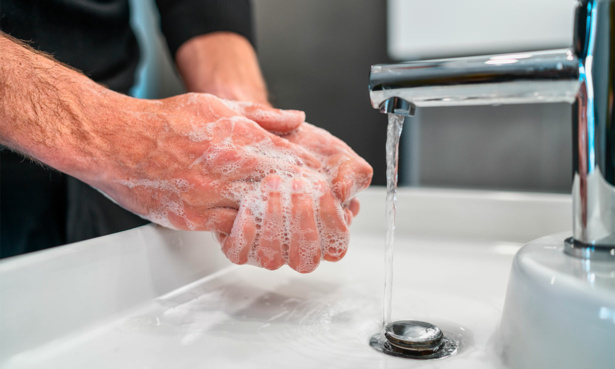 ‘Hand washing is the best thing you can do to protect from coronavirus because it physically removes it if it’s on the skin,’ says Dr Olioso.

Wash your hands for at least 20 seconds, and don’t forget your wrists and the backs of your hands too.

‘A gel is preferable to liquid because it stays on the skin for longer and is therefore more likely to kill pathogens,’ says Dr Olioso.

Products that contain sensory modifiers such as tapioca starch, corn starch or rice starch tend to help reduce the greasiness of a product.

Lotions are lighter and more easily absorbed than creams, too, so are good for use during the day when you’re frequently washing your hands.

Dr Olioso says: ‘Put a rich hand cream on at night and use it as a night mask for your hands.’

That way, you’ll be helping to nourishing the skin during the night, even if you don’t like to moisturise during the day or forget to do so.

What the dermatologist says

In the video below, skincare expert Doctor Sweta Rai from the British Association of Dermatologists  shares tips to care for dry hands and exposes hand hygiene health myths.

If you can’t find any hand cream, a regular moisturiser will also work. Some have very similar formulations, and you can end up paying out for the handy pocket size, rather than any special formula.

For example, Aveeno Skin Relief Body Moisturiser has an identical list of ingredients to its hand cream version, and is a similar price for more than twice the amount of product (200ml vs 75ml).

If your skin is extremely dry, cracked or irritated, talk to a pharmacist about alternatives, as a standard hand cream may not be appropriate.