The tiny Cornish village of St Mawes, has been voted the best seaside town in the UK this year. It also ranked as one of the least crowded destinations, with a five-star rating for peace and quiet in our survey of more than 4,000 Which? readers.

With a population of less than 1,000, St Mawes on the Roseland Heritage Coast received a customer score of 85%, beating off competition from well-known resorts such as Newquay (58%) and Brighton (66%), both of which received just one star out of five in the peace and quiet category.

But St Mawes is by no means the only highly praised crowd-free destination in our survey. Lesser-known seaside towns all over the country have scored highly, from well-kept secrets in Devon and Dorset, through to hidden corners of Northumberland and Scotland.

Find your next break. See the full results of our UK seaside towns survey

St Mawes isn’t the typical location for a trip to the Great British seaside. There’s no sandy beach, pier or amusement arcade. But while tourists in Cornwall flock to St Ives and Padstow, this historic fishing village never feels overrun.

And its stunning setting on the Roseland Heritage Coast, with its deserted beaches and clifftop trails make it perfect for a peaceful post-lockdown break

Also in the top five were Southwold (84%), praised for its excellent food and drink options, and arty Aldeburgh (83%) which is also on the Suffolk coast. Last year’s winner, Bamburgh (83%) in Northumberland also triumphed, receiving the full five stars for its beautiful beach. 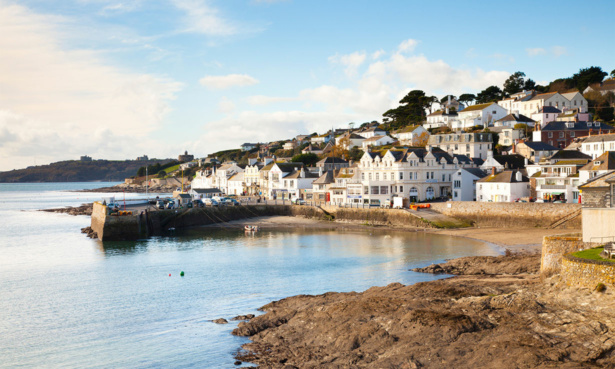 The survey was carried out before coronavirus hit – so social distancing measures had no impact on results. But even much-loved tourist hotspots such as St Ives (79%) and Salcombe (71%) were beaten by often overlooked villages such as Tynemouth (81%). This coastal town close to Newcastle upon Tyne was awarded five stars for its sandy beach, seafront and scenery.

One exception was Dartmouth (84%). It came a close second to St Mawes despite receiving an average three-star rating for peace and quiet. The historic former port town has a lot to offer, from its colourful houses and annual Regatta that brings in the crowds with its illuminated river procession. 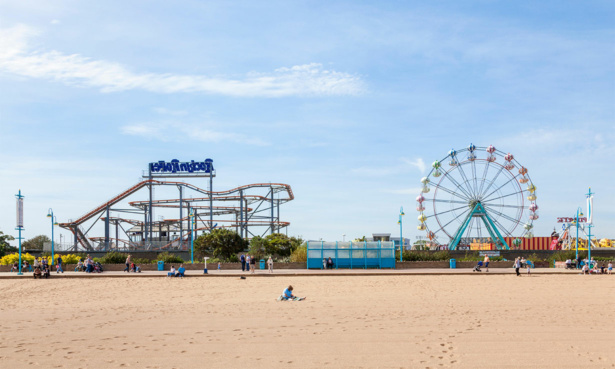 Skegness took the less coveted title for worst-rated seaside town in our survey with a customer score of 44%.

It scored one star out of five in all categories but one. The town is known for its neon lights, lively Butlin’s resort and 118-metre-long pier offering everything from candy floss to classic 2p slot machines and a Ferris wheel.

Not too dissimilar in scores were childhood seaside favourites Great Yarmouth and Clacton-on-Sea, both earning a 48% score, with just one star for peace and quiet.

For those feeling the financial strain of the pandemic, the survey also revealed some bargains.

Whitby (78%) in North Yorkshire has an average hotel price of £84 per night. That’s cheaper than nearby Saltburn-by-the-Sea, £104 per night, and markedly different to those at the top of the table. Dartmouth’s hotels average at £150 per night and Southwold’s hotels cost £160 per night, on average.