Samsung is best known for smartphones, but it’s now looking to make its mark on the UK’s laptop market and has just expanded its range of laptops in the UK by three models – the 2-in-1 Galaxy Book Flex, the Ion 13 and the Ion 15.

Until recently, Samsung didn’t have a presence in the UK laptop market. Then, in early 2020, it launched the Galaxy Book S, an unusual 4G-connected laptop. Now, there’s also the Galaxy Book Flex and two Galaxy Book Ion laptops to choose from. All three sit at the premium end of the market, with the cheapest laptop starting at £1,249.

The premium price point pitches all three Samsung laptops against the likes of the Apple MacBook Pro, Dell XPS 13 and the higher-end Microsoft Surface Laptop 3 models. In other words, it’s competing in a pretty crowded market.

Fortunately, Samsung hasn’t just launched a bunch of by-the-numbers laptops, and has brought with it some genuinely unique selling points. We’ve put its new offerings through our tests to see if they justify their high price.

Read on for three of the features that make Samsung’s new laptops stand out from the crowd, plus one aspect where – on paper, at least – Samsung lags behind leading rivals.

Whether you need a high-end device that can handle the toughest video-editing tasks or a cheap laptop for basic browsing, we’ve found great laptops to suit all budgets. Take a look at our full list of Best Buy laptops. 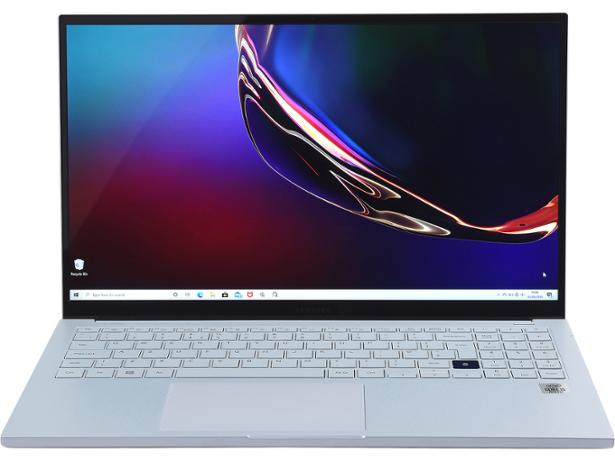 Samsung has shed the pounds from these devices. All three of them, even the 15-inch model, are lighter than what is often seen as the gold standard of light laptops, the MacBook Air.

While we’ve seen plenty of laptops weighing less than 1kg, they tend to be very small.

15-inch laptops weigh, on average, more than 1.6kg, so the 1.18kg weight of the Galaxy Book Ion 15 is seriously impressive. This makes even the very largest laptop in the range one of the most portable laptops we’ve tested this year. If portability is your top priority, Samsung’s new laptops should be on your list.

In the pursuit of lightness, though, laptop manufacturers sometimes heavily compromise build quality and very light laptops can feel flimsy.

A robust build quality is one of the things we test for – so take a look at our full laptop reviews before buying a super-light laptop.

All three Samsung laptops come with very large batteries, with capacities of 70 Watt-hours (Wh), compared with 49.9Wh for the MacBook Air and 52Wh for the Dell XPS 13.

In principle, this means they could last a full working day if used carefully. And, if you need to give them a quick boost before you dash out to an important meeting, our tests have found these laptops can charge up to 50% capacity in just 30 minutes.

However, we’ve often found that it takes more than a big battery to guarantee good battery life.

Sadly, the laptops themselves can’t charge wirelessly, but these Galaxy Books can act as wireless chargers for a compatible smartphone. Simply pop your phone on to the laptop’s touchpad and it will start charging without having to plug in any cables. 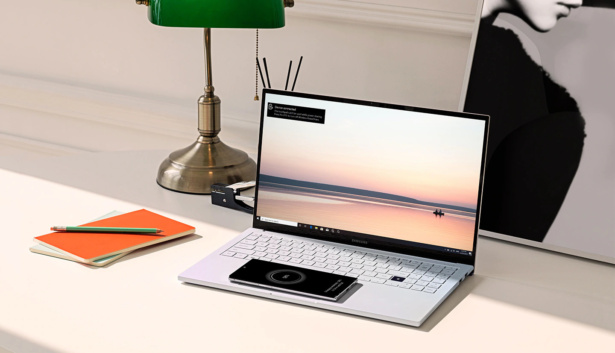 This could prove handy if your smartphone battery dies when you’re out and about, and you’ve forgotten its charging cable.

However, the phone will be in the way if you’re trying to type on the laptop and you won’t be able to use the touchpad while your phone is charging, so there are limitations on this innovation’s value.

Could screen resolution let Samsung down?

A great screen matters on a laptop and, on paper, at least, the Samsung brigade’s screen resolution doesn’t seem to have a patch on the likes of the MacBook Air or Microsoft Surface Laptop 3.

While the simple numbers don’t tell you how vibrant and bright colours will be, we typically find that higher-resolution screens are also kitted out with better-quality colour reproduction, making them better overall.

Our tests, however, do tell you just how good the screen on every laptop we test is. If you want razor-sharp definition and eye-popping colour, take a look at the laptops that score highly for screen performance.

Should you buy a Samsung Galaxy Book?

On paper, Samsungs laptops are impressive; if a little pricey compared with some of its rivals. Starting prices for even the two 13-inch models top £1,200, while you can pick up an equivalently sized MacBook Pro or Microsoft Surface Laptop 3 for just under £1,000.

One of the three – the Galaxy Book Flex – has an extra selling point, as it comes with a 360-degree screen hinge joining the screen and keyboard, so it can be flipped around and used like a tablet, or propped up on a desk or in bed.

You get a bit more storage and a pair of lighter laptops with Samsung, too, but whether that’s enough to justify the extra price will be up to you.