Capital gains tax revenue rose to a new high of £9.5bn in 2018-19 from taxpayers selling valuables, up from £8.8bn the year before, new HMRC data reveals.

Much of the bill was paid by high earners; 40% of CGT received by HMRC was paid by a small group of taxpayers who made gains of £5m or more. This group accounts for just 1% of CGT taxpayers.

The tax has been in headlines recently, after Chancellor Rishi Sunak ordered an urgent review from the Office of Tax Simplification (OTS) in July, asking the organisation to consider ‘how gains are taxed compared with other types of income’.

The move prompted speculation that the government could be considering raising CGT rates to pay for the estimated £188bn coronavirus bill – but could that really be the case?

With CGT bills on the rise, and a review of the tax system underway, Which? explains how the tax works and reveals what the tax experts think the future could hold for it.

How does capital gains tax work?

You may have to pay CGT if you make a profit after selling a valuable asset or assets, and the profit exceeds your CGT allowance (£12,300 for 2020-21).

The rate you pay depends on what rate of income tax you pay. Basic-rate taxpayers are charged 10% on the sale of assets (this includes personal possessions, plus shares, bonds or funds) and 18% on property sales.

Higher and additional-rate taxpayers are charged 20% on assets, and 28% on property.

You won’t be charged CGT if you’re selling your main home, but you will be charged if you sell a second home or buy-to-let property.

To reduce the amount of tax you have to pay, you can deduct any costs you’ve had to pay for maintaining and selling the asset.

It’s been a big year for CGT, so the thought of even more changes might not be welcome by those who are still getting their heads around the existing ones. Here’s what you need to know for this year:

This tax year ushered in new rules for those selling a second home or buy-to-let property.

It’s still the case that CGT is waived for any periods where you’ve lived in the second home or buy-to-let property as your main residence, but you used to have up to 18 months between living in the property and selling it free from CGT, too. Now, that time has been halved to nine months.

Anyone who is moving into a care home, or who has a disability, will still be able to claim for the past 36 months of ownership.

Another factor those selling a property must consider is the new 30-day reporting rule, which means that anyone who makes a taxable capital gain from UK residential property in the 2020-21 tax year onwards must pay the tax owed within 30 days of the completion of the sale or disposal.

You do this by submitting a ‘residential property return’ and making a payment on account.

Lettings relief can now only be claimed by landlords who live in the property with their tenants.

You can claim the lowest of:

In the March 2020 Budget, Rishi Sunak announced big changes for entrepreneurs’ relief, which also had its name changed to the less catchy business asset disposal relief.

Previously, those who sold or gave away parts of their company were eligible to pay a reduced 10% rate of CGT on the first £10m in gains – the lifetime limit. This lifetime limit has since been reduced to the first £1m of gains, which could save you up to £100,000. 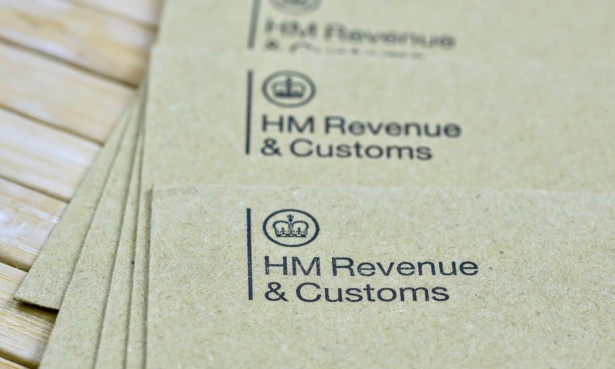 Expert view: how could capital gains tax change in future?

On 13 July 2020, Chancellor Rishi Sunak wrote to the OTS asking for a review of the CGT system.

While we can’t predict the future, we have asked a range of tax experts, from those working on the behalf of low-income earners, to investment pros and tax compliance experts, to see what these changes and recommendations might look like.

Should we read into the fact that the Chancellor asked for this review at a time when the Treasury faces a huge debt?

‘I’d take this review at face value, actually,’ says Helen. ‘There were rumours at the end of last year about the government looking at CGT.’

As to what might be changed, there are a few areas ATT would like to be looked into. ‘If you’re married, you can swap assets between spouses tax-free, but if you break up, you only have a ‘no gain, no loss transfer’ until the end of the tax year,’ explains Helen. ‘So, if you break up on 31 March, you’ve got only got five days to swap your assets.

‘It’s really unfair on divorcing couples if the time you separate depends on how much time you’ve got to arrange your affairs in a financially advantageous manner.

Helen says: ‘A lot of the features haven’t been looked at for around 40 years and there are a couple of areas where it’s a little open to abuse. For instance, the fact of whether a property is your main residence is determined on things like where your doctor’s surgery is and where your kids live. Instead, one way to simplify the test would be saying people have to live in the property for a certain amount of time.’

The recent 30-day reporting rules are also being questioned.

Helen says: ‘It’s a lot of work to make an in-year tax calculation and either correcting it during the year or when you do your tax return. You’re effectively having to do the tax calculation twice and that’s not really simplification in my book.’

With such large amounts of money that need to be recovered by the Treasury, some people think revamping CGT could be a way to recoup some of the losses.

‘It’s clear that the government will need to claw back some money back after spending unprecedented amounts during the pandemic. Rightly or wrongly, CGT is in the government’s crosshairs,’ says Moira. ‘In truth, CGT might not be the only fiscal policy in the firing line – it’s just one we know is under review.

‘This is not to say that higher taxes are a given in the near future. The government has a delicate balance to strike to boost consumption to stimulate economic growth after months of stagnation, while balancing the books to ensure government debt doesn’t spiral out of control.’

But who will bear the brunt of the changes?

‘Any change is likely to affect those who are able to take full advantage of the annual Isa and pension allowances,’ says Moira – as the statistics from HMRC show, there are a small number of high-income taxpayers who already pay a huge amount of CGT.

While CGT is often thought of as a ‘rich person’s tax’, Tom Henderson points out that those on lower incomes are increasingly being brought into its scope.

‘More than half of the people who pay CGT either pay no income tax or pay the basic rate,’ he says. ‘Given that the OTS’s remit is simplification and to recommend changes that affect the greatest number of taxpayers, it would be great if this review could prioritise simplifications for that population.

‘For instance, if a basic-rate taxpayer has a gain that straddles the higher-rate threshold, they have to calculate tax at two different rates – an issue that wouldn’t affect a higher-rate taxpayer. This is made more difficult when you have to calculate your tax in-year for the 30-day report – you have to make an estimate of your income for the year and do what, by anyone’s standards, is quite a complicated calculation.’

As to what the changes could be, Tom outlines some possibilities.

‘One option is just to pay CGT at one rate. For example, if basic-rate taxpayers pay CGT at 10% or 18%, depending on the asset, charge at a flat rate depending on their income tax band, rather than adding the gains onto their income,’ says Tom. ‘There’s already a similar regime when it comes to the taxation of deferred state pension lump sums.

‘To simplify PRR, the government could introduce a nil-rate band for private residences, rather like we have with inheritance tax. This would help prevent unrepresented taxpayers from being in scope of onerous reporting obligations, because they would be covered by this additional allowance.

‘I’m not sure if those ideas are on the OTS’s radar or not, but we’ll mention them in our response.’

When will we find out about the changes?

Despite all of this speculation, it could be that no changes are made to CGT at all.

The OTS released its report into inheritance tax in July 2019, outlining several ways the system could be made simpler for taxpayers, suggesting changes including a total reform of IHT gift exemptions. But, as of yet, none of these changes have been implemented.

The OTS investigation is due to be completed by 12 October 2020, meaning any changes the government chooses to implement would be unlikely to come into force until the 2021-22 tax year at the earliest.

Which? calls for urgent government action to protect access to cash