From today (Monday 10 August), people in Wales can go for a workout or a swim at their local leisure centre.

In a move that surprised many, First Minister of Wales Mark Drakeford has also said that soft play centres can reopen – a decision that hasn’t yet been taken in any other UK nation, although ball pits and other hard-to-clean areas must remain closed.

The announcement goes in hand in hand with another rule relaxation that’s unique to Wales: children under the age of 11 no longer have to socially distance from one another.

Meanwhile, local lockdowns are in place in some parts of England and Scotland, and some experts have suggested that pubs may have to close again if schools are to reopen in September.

Here, we explain what is and isn’t open across the UK.

When will gyms, pools and leisure centres reopen?

Gyms have been open since July across most of the UK, with Scotland being the only nation yet to dust off its treadmills.

Before 10 August, only outdoor gyms were allowed to operate in Wales, but now indoor ones can open too.

Operators have been advised to use timed booking systems, limit numbers and encourage showering and changing at home, although changing rooms are allowed to open.

First Minister of Scotland Nicola Sturgeon has set 14 September as a provisional date for reopening gyms in Scotland, but she says this will be reviewed and could be brought forward.

When will beauty salons, spas and tattoo parlours reopen?

Beauty parlours have now reopened across the UK, but your favourite treatments might still be off limits.

The beauty industry began this month with a wave of cancelled appointments, after Prime Minister Boris Johnson announced that ‘close-contact’ services – including facials, eyebrow trimming and waxing – would not be resuming on 1 August in England as planned.

The Prime Minister made the announcement on 31 July, just a day before many treatments were due to take place. 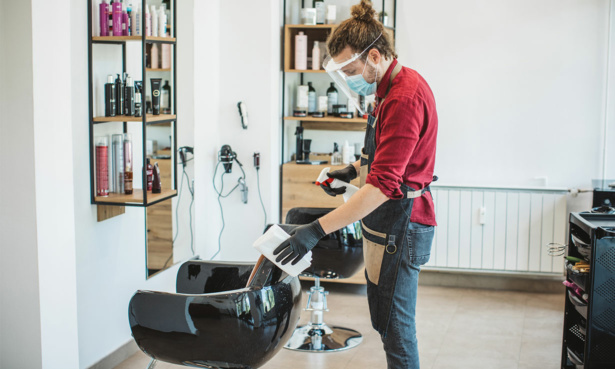 The rules do differ between nations, however, with Northern Ireland allowing all beauty treatments. But the Welsh Government ‘strongly advises’ against them and only treatments that can be carried out from behind or by the side of the head are allowed in Scotland.

Spas have been given the green light to reopen in every nation, but saunas remain closed in England, Scotland and Wales.

They were slated to reopen in England on 1 August alongside beauty treatments, but this has also been postponed.

People can now go to pubs and restaurants in England, Northern Ireland, Scotland and Wales, but drinking and dining isn’t the same as it was pre-pandemic.

Just as reopened shops have introduced social distancing measures, all these businesses are taking precautions to protect customers and staff, in some cases leading to very different experiences from the ones we’re used to. 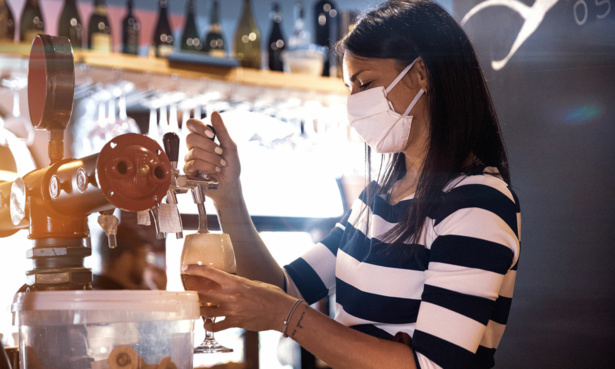 Perhaps the biggest change is having to ‘check in’ before you sit down. Pubs and restaurants are asking customers to provide contact details when they arrive in an effort to help the NHS Test and Trace service, with the BBC reporting that some pubs have already had to close back down after coronavirus cases were reported among customers.

Pubs and bars have been instructed to operate on a table-service basis without people ordering or drinking in the bar area.

Cinemas can now show films in most parts of the UK, but you’ll have to wear a mask or face covering if you’re in England or Scotland.

With strict social distancing in place, it’s proven difficult to find a safe way to reopen theatres and live music venues while still enabling them to meet costs.

The UK government had previously planned to resume some indoor performances from 1 August, but this was also postponed on 31 July after an increase in coronavirus cases around England.

The government is said to be working with the sector to find a solution. But Cameron Mackintosh, the West End producer behind Hamilton London, Les Miserables, Mary Poppins and The Phantom of the Opera, has made the decision to delay all of his musicals until 2021, citing the ‘impossible constraints of social distancing’.

Who can I meet at indoor venues?

Pubs, cafés and restaurants have traditionally hosted large groups of friends and family as well as smaller gatherings.

But in England, the rules now state that you can only meet with people from one other household and social distancing must be maintained.

In Scotland, up to eight people from three households can meet indoors.

In Wales, you can only meet people from other households outdoors at the moment.

Close-contact sports are still deemed unsafe, and nightclubs, theatres, soft-play areas (except Wales), bowling alleys and waterparks will also remain closed for the time being.

Larger mass gatherings such as sporting events and concerts similarly remain cancelled or postponed for the foreseeable future, although places of worship have reopened with restrictions.

And of course, areas under local lockdown, or with increased lockdown measures, might see a number of places closed that are allowed to open elsewhere.

At the start of the year, the term ‘social distancing’ would have meant very little to most people. Fast forward six months and it’s now become part of our everyday language, but its exact definition is becoming more, not less, complex.

Since 4 July, England has gone from having a straightforward rule – you must stay at least two metres away from people you don’t live with – to ‘one metre plus’. The other UK nations have stuck with two metres.

While two-metre distancing is still recommended in England where possible, one metre will be acceptable if businesses put mitigating measures in place. These include wearing face coverings and not sitting face to face.

To stress the importance of these mitigating measures, the government has dubbed it ‘one metre plus’.

Ministers faced pressure from the hospitality sector to make this change. Business owners said a drop from two metres to one could be the difference between reopening and bankruptcy.

Kate Nicholls, chief executive of trade body UK Hospitality, said that reopening with two-metre social distancing would only allow businesses to make 30% of their usual revenues, while one metre would mean they could make 60 to 75%. 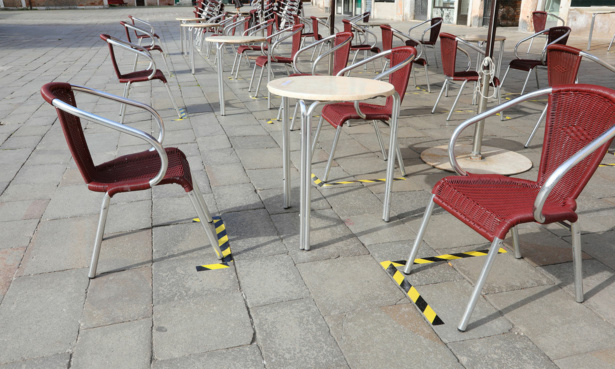 Despite this, some people are concerned about whether cutting this distance in half is a safe thing to do.

Even before the reduction was announced, a recent Which? survey of 2,002 UK adults found that 38% did not feel confident about their health and safety when returning to the shops. So should we be worried?

Two-metre social distancing is fairly unusual, with most countries advising shorter distances and many – including China and France – opting for one metre.

As for the scientific view, the Environmental and Modelling Group for Sage (Scientific Advisory Group for Emergencies) advised on 4 June that ‘best current evidence suggests that one metre carries between two and 10 times the risk of two-metre separation’.

However, Boris Johnson has said that scientific experts have told the government that ‘one metre plus’ – with mitigating measures ‘fully implemented’ – presents the same risk as two-metre social distancing.

As always when easing lockdown, the government has said it will keep a close eye on the impact its changes have, and that it will bring back restrictions if necessary.

‘Each step will be conditional and reversible,’ Boris Johnson said.