The UK’s largest airlines are not proactively seating passengers apart even when there is room to do so.

Passengers have told Which? they’ve been seated next to strangers onboard despite there being spare seats on the plane. These experiences are supported by Which? research into airline load factors (amount of seats filled up on the plane), which found several airlines regularly had free seats available to leave a gap between social bubbles of passengers but weren’t doing so.

Additionally, Wizz Air and Ryanair passengers are still being split apart from their family members and social bubbles unless they pay for an assigned seat.

In the three months leading up to June 2020, Wizz Air’s load factor averaged at 55.5% according to its website. This number of passengers would allow for at least every third seat to remain empty on average. But Wizz Air has not altered its random allocation seating policy during the pandemic.

Wizz Air’s policy also means you may be split up from those you booked with, unless you pay extra. 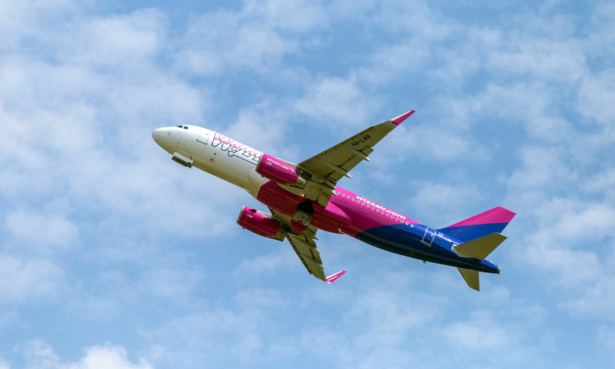 Wizz Air customer Jelena Culum, who was flying from Luton to Belgrade on 10 August, was initially seated between two random passengers, despite the plane having empty seats. She was later allowed to move to an empty row, but only once boarding was complete.

Mark Knott, who was flying from Luton to Lisbon on 26 August, told Which? that when he checked into his Wizz Air flight online, he and his partner were allocated seats on separate rows. The couple paid to sit together, only to find when boarding, the plane had plenty of spare seats so there had been no need to separate them.

The return leg was no better. He claims many other families were separated. This meant people swapped seats during the flight.

He told us: ‘It’s clearly just an excuse to make more money.

‘They don’t restrict who you can sit next to and purposely split groups up’.

We asked Wizz Air if it was physically distancing passengers where possible and it told us: ‘If load factor on the plane is low, Wizz Air crew are allowed to reseat passengers to support physical distancing, as well as ensuring the weight and balance of the aircraft remains in line with respective safety regulations.

However, reseating passengers after boarding appears to go against DfT guidelines which requires airlines to reduce movement of passengers within the aircraft. We asked the DfT to comment but it declined.

Wizz Air also told us that it ‘fully meets all local and international health requirements’ and has taken ‘every precaution to ensure that the health, safety and wellbeing of its passenger and crew is protected’.

As for families, it admitted customers must pay to guarantee seats together, but that ‘children under 14 will be seated with one parent, free of charge’.

A Which? survey in 2019 found that 73% of passengers who had not paid for a seat were still seated together.

Ryanair’s load factor in August was on average 73% which suggests there is sometimes room on flights to separate groups of passengers.

However, Which? has heard from passengers who were sat next to people outside of their social bubble, despite noting there was space elsewhere on the plane.

Jamie Whitehead, who flew in August from East Midlands to Pisa, told us he was assigned a seat away from the person he was travelling with. He was instead placed in a middle seat, directly next to a stranger. Jamie said due to the amount of free seats on the plane, he could later move to sit with his partner, as did many others.

Ryanair told us that this flight had a load factor of 78%. It added that Mr Whitehead chose not to pay to sit with travelling companions.

Ryanair said: ‘We cannot revise these pre-selected seating arrangements because boarding passes are issued up to 28 days prior to departure.’

It added that it ‘continues to comply with all ECDC & EASA Covid-19 health guidelines’ and that social distancing is not possible on board an aircraft.

Back in July, Ryanair denied to Which? any suggestion that it was intentionally splitting up groups travelling together, and said its seating policy ‘remains unchanged’ during the pandemic.

‘Unchanged’ means passengers must pay to sit with their families. In fact, a Which? analysis of 3,357 people in 2019 found that just 46% of Ryanair passengers who booked as a group were actively seated together if they did not pay for their seats.

Which? believes that if Ryanair were to re-issue seats prior to boarding, it could attempt to proactively keep people apart where possible, which would also be helped by keeping social bubbles together on one row. 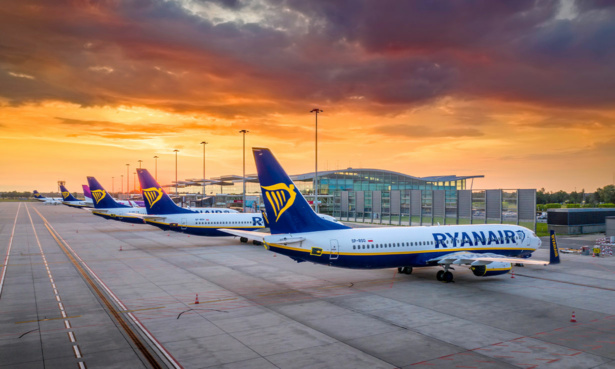 What are the safety guidelines?

In general, the UK Government advises we stay at least one metre away from others to help reduce the spread of coronavirus.

The government’s Department for Transport (DfT) echoes this and asks airlines to consider seat allocations and ‘reduced movement of passengers within the aircraft’ to ‘enable social distancing among passengers of different households or support bubbles’.

BA, EasyJet and Jet2’s approaches to social distancing on planes

EasyJet’s load factor in the three months leading up to June 2020, according to its website, was 88.9% meaning there was minimal option to socially distance passengers. However, even if there is space, it also won’t proactively seat passengers apart prior to boarding.

EasyJet told us: ‘On board, and where possible, customers may be able to sit at distance where seats are available.’ This means passengers can swap seats to socially distance later if they wish, but only after they’ve sat in their allocated seat first.

It means that the only way to guarantee a social bubble sits together on board is to pay to select seats. However, our research in 2019 showed if you do not pay to choose your seat, easyJet will keep you with your companions 92% of the time.

British Airways data shows it has the biggest capacity for social distancing of all. In the three months leading up to the end of June 2020, it had a 27.6% load factor. Yet, it also isn’t proactively seating passengers at a social distance, although it does give customers the choice to select a seat for free. If you aren’t a priority member though, you can only select seats 24 hours before check in so will choose from what seats are left. Alternatively, you can pay to select a seat earlier.

BA told us: ‘We follow all industry regulations and have approved measures in place to reduce contact on board. We are more conscious than ever about providing our customers with the choice to sit where they will feel most comfortable on the aircraft and offer all customers on normal tickets free seat selection.’

Jet2’s load factors were not available for 2020, but it told us its seating policy has been designed to ‘maximise choice’. It continued: ‘Where there is availability, family groups and couples will be prioritised’. To guarantee seats with your group though you have to pay.

When asked if it was pro-actively separating groups during the coronavirus crisis where load factors allow, the airline did not respond.

Which? research showed in 2019, however, that if you do not pay for seats, Jet2 seats you with your group 85% of the time on average.

Which? acknowledges that easyJet, Jet2 and BA seem to keep families together where possible, judging by data we’ve previously gathered.

Airlines should act on social distancing

If all airlines removed paid-for seats during the pandemic it would allow them to better allocate seats to keep different social bubbles apart where load factors allow. It will also minimise excess movement once on board when passengers switch seats which means, touch points and proximity to others will be lessened.

Travel health author and GP Jane Wilson-Howarth told Which?: ‘It makes no sense at all to separate families and if airlines are charging more for allowing families to sit together they are being irresponsible.

She continued: ‘The safest seating arrangement is indeed to seat families and couples together and space different family bubbles as far away from each other as possible throughout the plane.’ 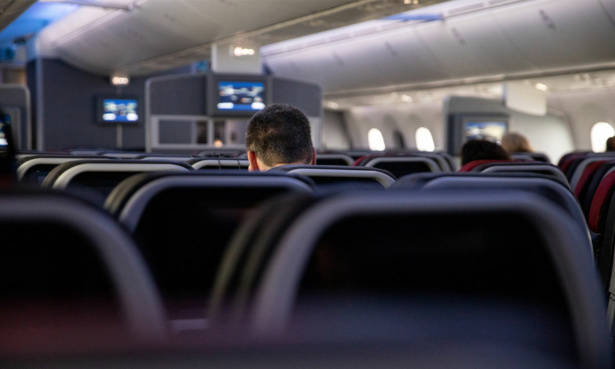 KLM’s load factor in the first half of 2020 was just 37.2%, according to the Official Airline Guide (OAG), but this is a consolidated statistic with Air France.

KLM told us it allows groups who booked together to choose seats together without charge.

On medium-haul flights, it automatically blocks middle seats in case of low load factor. However, you may be seated next to others when load factor is high.

Air Canada’s load factor for the first half of 2020 was 34.9% according to the OAG. The airline does seat families together at no extra cost, but does not automatically space out passengers. It will re-seat customers if possible once on board.

It does, however, proactively contact passengers 24 hours before if the flight is close to capacity and offers a flight change free of charge if they would prefer to travel with more space.

Delta’s policy is the most rigorous. It firstly limits the number of passengers allowed on board. It also keeps the middle seat free where possible, unless you are a party of three or more where it will allow you to select seats together. This policy is currently in place until 6 January 2021.

It said in a press release: ‘We believe that taking care of our customers and employees and restoring confidence in the safety of air travel is more important right now than filling up every seat on a plane.’