How often do you look at recommended portion sizes on packaging? If the answer is never or rarely, you’re not alone – almost half of those we surveyed say they seldom check.

Lots of foods come in pre-measured portions, such as a piece of fruit, a small bag of crisps or a chocolate bar.

Yet many come in tempting larger packs, which are better value but intended to serve several people.

We look at the recommended portion sizes of a large range of popular foods to see whether they are realistic and we also compare restaurant servings with how much we should be eating per meal.

Are you eating too much breakfast cereal? Read the results of our latest experiment 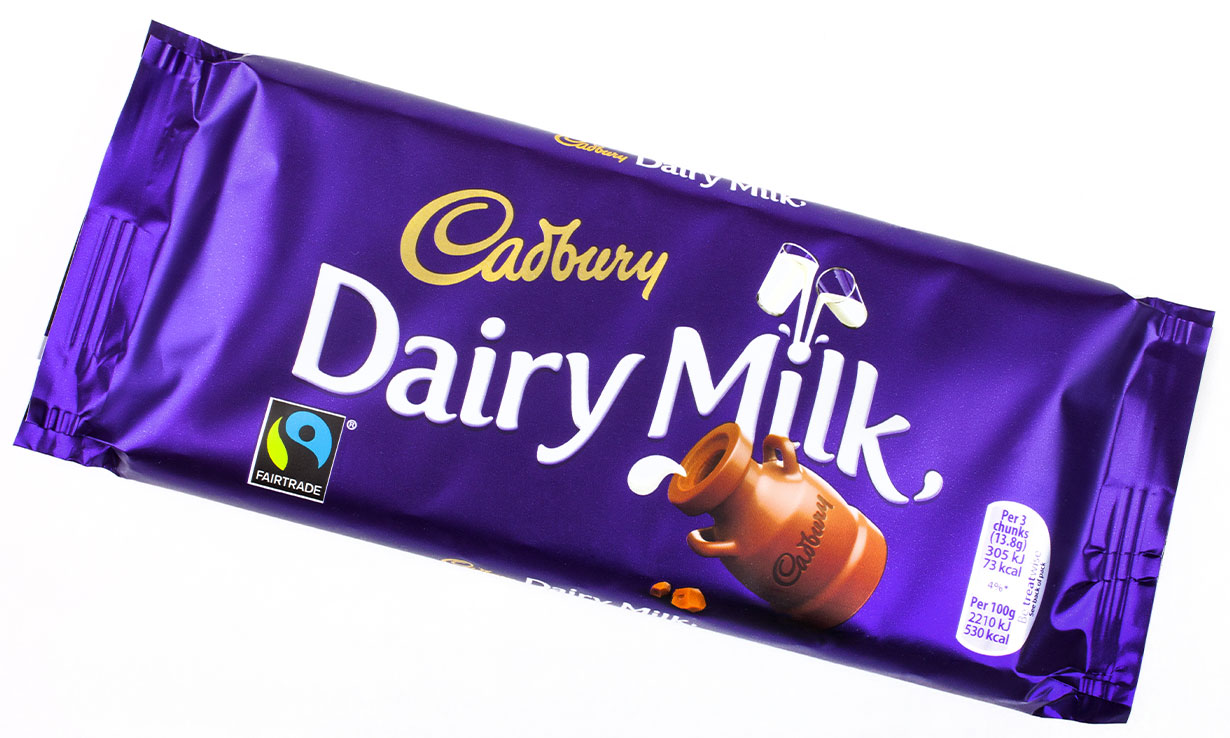 Our research shows that recommended portion sizes can be inconsistent and vary hugely, even within the same product.

And the recommended portion size of Dairy Milk chocolate depends on the size of the bar; a small 45g bar counts as a single portion, in a 200g bar a portion is 25g and in a 360g bar it’s 30g.

Coca-Cola is available in 150ml, 250ml and 330ml cans and all count as single servings.

A Pizza Express pizza in a restaurant is for one person and weighs around 327g, but a Pizza Express supermarket pizza is 245g and is meant to serve two.

It’s no wonder we’re confused about how much we should be eating.

In June 2020, we asked 1,239 members of the Which? Connect panel to tell us what they think a recommended portion of several popular foods is.

The results showed we often overestimate how big a portion should be. For example, in a box of Quality Street how many chocolates do you think is a recommended serving?

And 92% in our survey didn’t know a portion of Cadbury’s Chocolate Fingers is just four biscuits. 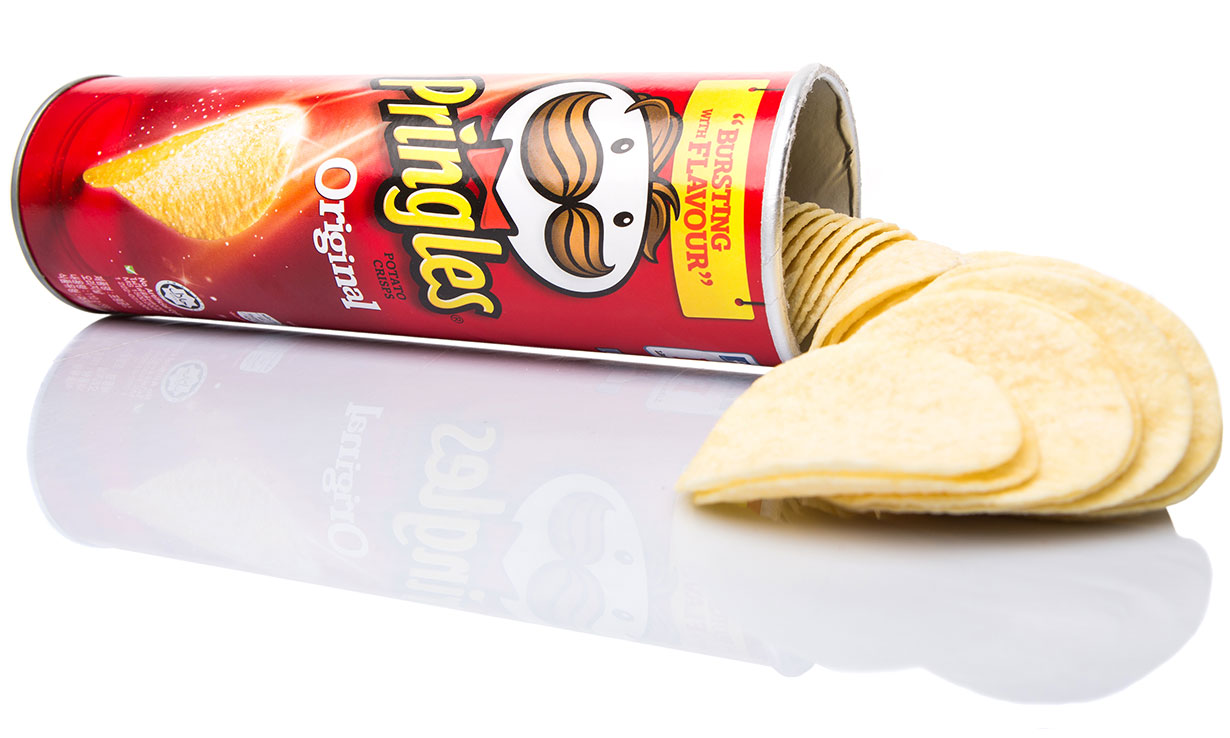 The recommended portion size is 30g (that’s around 14 crisps), but 28% told us they had eaten more than a quarter of a tube (50g) in one sitting.

A tube of Smarties weighs 38g and 63% think this is a one-person serving. But look closer and you’ll see it’s actually meant to serve two.

A large supermarket quiche is around 400g and 41% think it should serve two people, but it should actually be divided into four.

A supermarket pizza weighs around 250 to 300g and is meant to be shared between two. In our survey, only 6% guessed this and 28% said they have eaten more than this.

Some 41% in our survey thought a supermarket packet of halloumi contains four servings, it’s actually seven.

Five ways the government’s obesity strategy will affect you

Package sizes also don’t reflect recommended portion sizes – a Naked Lean watermelon and raspberry smoothie is in a 360ml bottle, however the recommended serving is 150ml.

This means the bottle contains 2.4 servings. What are you expected to do with the 0.4 left over? 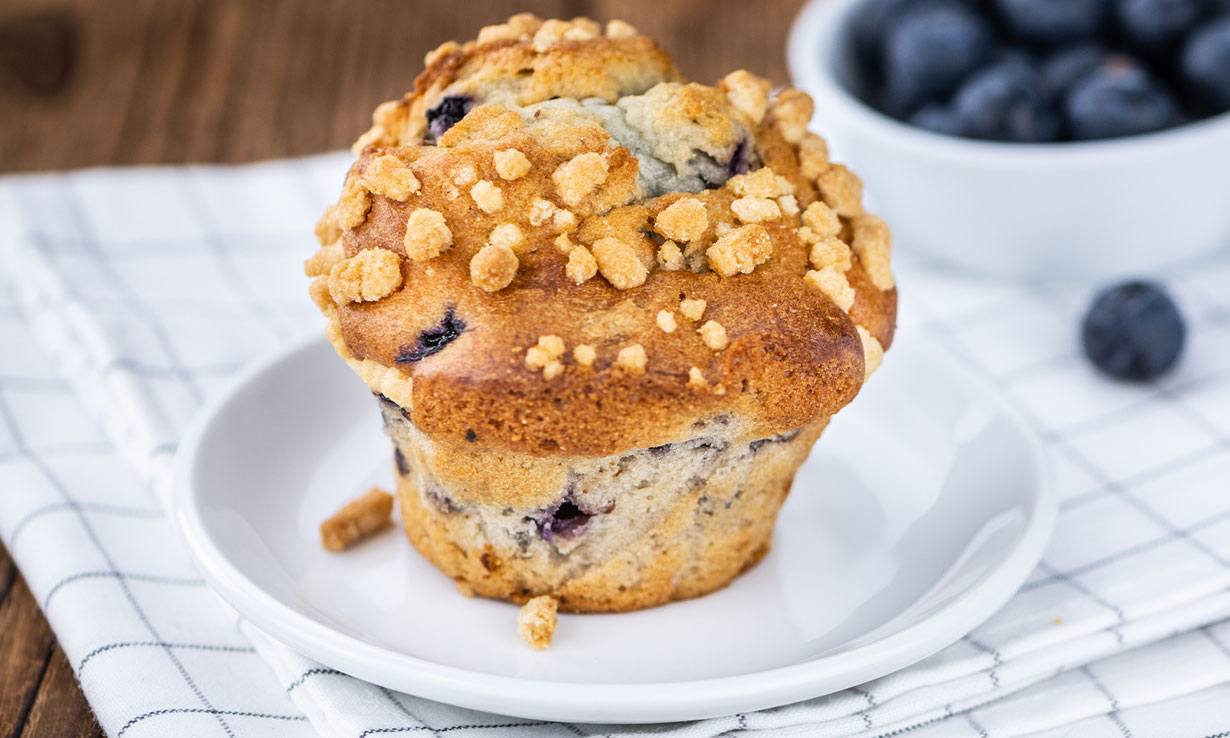 In the US, the Food and Drug Administration determines portion sizes, but in the UK portion sizes aren’t included in government guidelines, other than for fruit and veg (80g), and juice and smoothies (150ml).

Evidence shows that larger pack sizes encourage us to eat more. When we look at a product we think of it as one serving, regardless of the size of the pack.

This is known as ‘unit bias’.

That’s why we’ll often eat a whole ‘grab bag’ of crisps or drink a 300ml bottle of juice.

A 250ml Innocent smoothie bottle even labels itself as one portion despite the government recommendation one portion of smoothie as 150ml.

What about cafés and restaurants? 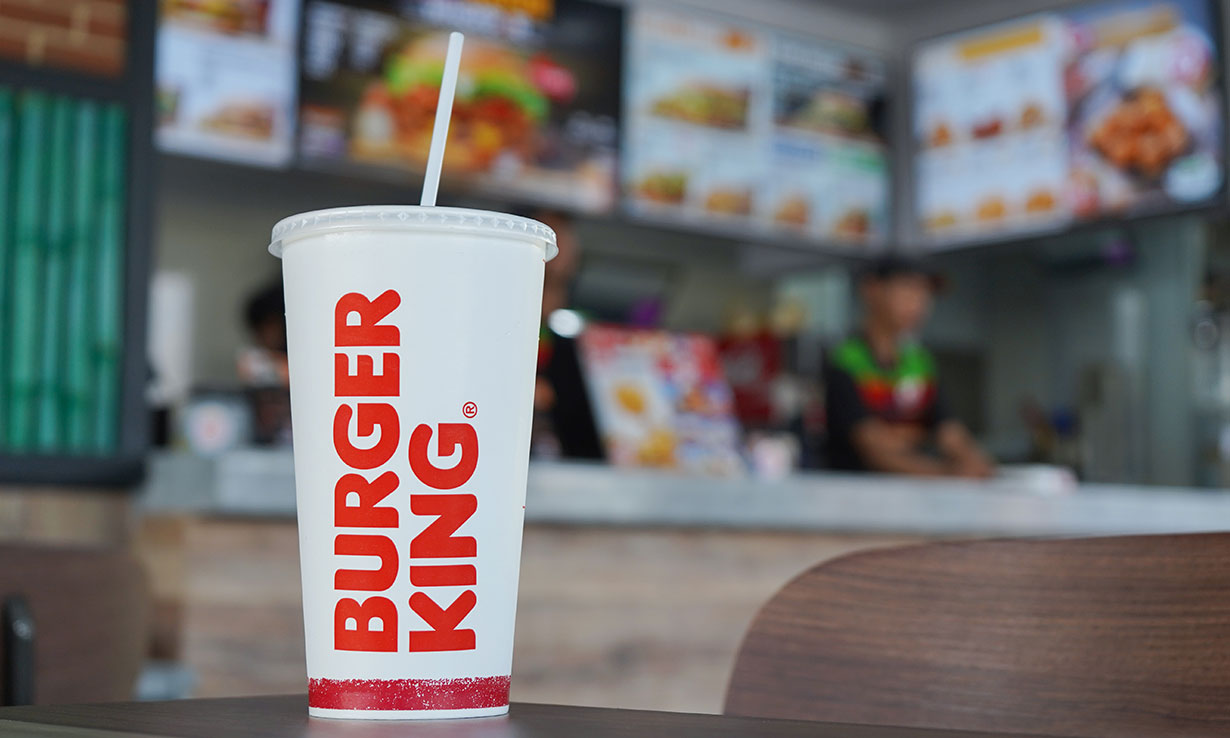 Portion sizes in restaurants, cafés and other out of home settings tend to be larger than we’d serve ourselves at home.

The smallest Coca-Cola available in Burger King is 473ml and the largest is 1,123ml – both much larger than the standard 250ml serving size.

And a blueberry muffin in a high street coffee shop is around 110g compared with a supermarket one at 75g.

Similarly coffee shop drinks can be much larger than something we would make at home.

All of this fuels larger portions at home as we get used to bigger servings.

Not only that, but our research shows that portion sizes have increased over time. 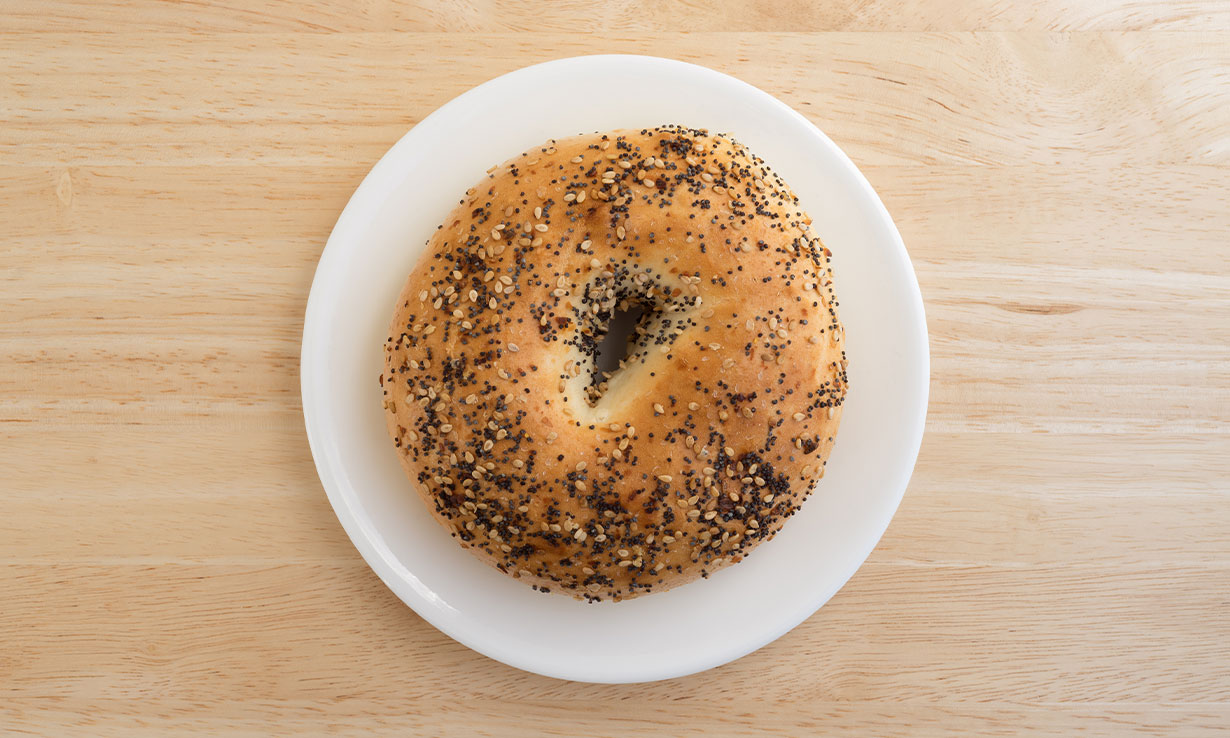 If you’re feeling confused about how much you should be serving yourself, here are some handy guidelines of what counts as a portion.

As portion sizes vary depending on the person, the benefit of using your hand as guidance makes it personalised to each individual. 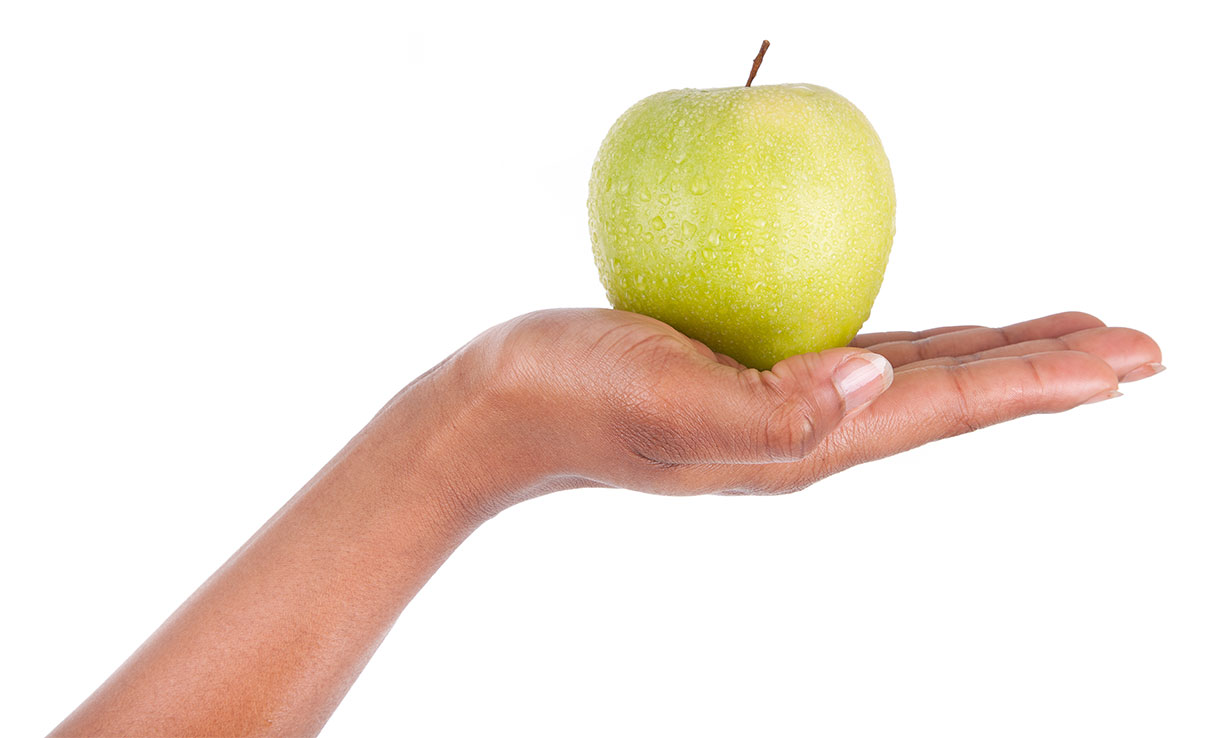