Thousands of people have been prevented from paying with cash during the coronavirus pandemic, new Which? research reveals.

Nearly 2,500 frustrated customers used our cash acceptance tool to report the payment problems they had experienced, with the majority of incidents taking place between March and September this year.

Worryingly, of those who didn’t have an alternative payment method, we found 38% were left empty-handed when trying to pay for groceries, while the figure stood at 17% for those attempting to purchase medicine.

Which? is calling on the financial regulator to take urgent steps to establish the full scale of the issue and ensure that cash remains a viable payment option for those who need it.

Which products and services are people struggling to use cash for?

Our tool revealed that paying for food and groceries accounted for the biggest share of cash refusals (38%).

The second most common cash denial was experienced by those paying for leisure activities like going to restaurants and cinemas (14%) and car parking (11%).

How many could pay another way?

Overall, 43% of respondents told us they couldn’t complete the transaction using an alternative payment method, but this varied considerably depending on what they were paying for.

A whopping 66% of respondents said they couldn’t pay for parking because notes and coins weren’t accepted.

Paying for household maintenance also caused issues, with 61% saying they didn’t have another means of paying.

We heard from several tradesmen and small business owners who are reliant on cash, who said the changes were inconvenient, and led to more time queuing and depositing their money at the bank as they were struggling to spend their cash.

What did people have to do instead?

Troublingly, the most common outcome when respondents said they didn’t have an alternative payment method was that they weren’t able to buy the product at all – with this happening in 32% of cases. This figure was highest for customers buying DIY and gardening products (41%) followed by food and groceries (38%) .

The second most common course of action (25%) was to go to another shop or supplier to get the product. Respondents buying medical goods or prescriptions were twice as likely to say they went to another shop (50%) if they couldn’t pay in cash – presumably to ensure they got hold of the much-needed medicines or supplies.

One respondent from Macclesfield said that they had queued for a long time outside their pharmacy only to be unable to pay, meaning they had wasted their time as they had to go elsewhere to find what they needed.

However, 17% of respondents who didn’t have an alternative to cash to pay for these important medical items didn’t end up getting the product at all. While this is relatively low, it’s still a concern that almost two in 10 people we heard from in this situation were left empty-handed.

Very few people who used our tool went online to buy the product or service instead, with just 3% saying they used the web to do so.

‘The struggle of finding places to shop was really depressing’

The majority of respondents (62%) who were unable to pay at the point of purchase said it left them feeling frustrated, embarrassed or anxious. They also described the situation as an inconvenience (43%) and a waste of time (41%).

For some, such as Thomas Scobbie from Stirling, not being able to cash was far more than just an inconvenience.

Mr Scobbie told Which?: ‘I have a chronic health condition and also have a mental health disorder, so having to go through the struggle of finding places to shop was really depressing  and I was really fearful that things would just get worse as time went on.’

We also heard from a mother, who said that cash provides some independence for her son, who is on the autism spectrum, as it allows him ‘to transact and feel like a normal member of the public’. Without cash, she says, her son ‘would be much more reliant on his guardians’.

Is coronavirus an excuse to refuse cash?

It’s understandable that businesses might have concerns about accepting cash during coronavirus due to mixed messages about the safety of cash.

However, Which? believes these findings underline how a one-size-fits-all approach of denying cash payments risks abandoning some of the most vulnerable in society, with many already struggling to access cash due to widespread bank branch and cash machine closures.

Those who may not have a bank account or who prefer to pay in cash, risk exclusion from society during the pandemic if they can’t shop or visit their local café.

We are asking businesses to show understanding and flexibility to those customers who might only be able to pay in cash. 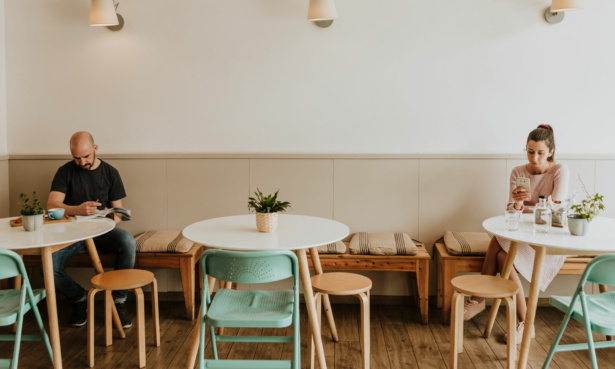 What can the regulator do?

Which? supports the government’s proposal for the Financial Conduct Authority (FCA) to be given the responsibility to oversee the protection of cash access in the UK but it should go further.

We’re calling on the regulator to also track levels of cash acceptance over time, so that it can work with the government to establish what measures may be needed to address the issue.

Further work is needed to understand the scale and pace of change on cash refusal, as promised legislation on cash access risks being significantly damaged if people have nowhere left to spend it.

Richard Piggin, head of external affairs and campaigns at Which?, said: ‘While many of us may have noticed shops displaying signs saying that they now only accept digital payments, our research shows that the rapidly accelerating move towards a cashless society risks excluding the most vulnerable from being able to pay for vital products and services.

‘We’re alarmed at the reports of people leaving food and medicine behind because they can’t pay with cash, and it underlines how important it is to have a coordinated approach to protecting the fragile cash system.

‘The government has already proposed giving the FCA responsibility for cash. It’s vital that as part of this acceptance is also treated as a priority, as commitments to safeguarding cash access will be severely undermined if people are left with nowhere to spend it.’

How to report cash refusals