The new Volkswagen ID.3 spearheads the brand’s electric car project – and it gets off to a flying start, getting the full five-star thumbs up in safety organisation Euro NCAP’s tough crash tests.

Volkswagen certainly expects a lot from the ID.3, lauding it as marking the next generation in its history following the Beetle and the Golf.

It’s Volkswagen’s first model built from the ground up to be an electric car. It’s also the first in a whole new family of ID electric cars expected in the coming years, as Volkswagen aims to redefine itself as a premier low-emission car brand. Whether this will erase the memory of Dieselgate remains to be seen.

Euro NCAP publishes crash test reports on almost every new car sold – it’s independent and part-funded by Which?. Its safety ratings have become the de factor standard by which car safety is compared, making it an important rite of passage for any new car.

Read on to find out more about the Volkswagen ID.3, how it handled the crash tests and what latest safety tech it has on board.

Best cars for 2020 – whatever type of car you’re looking for, our expert lab and road tests reveal the models that won’t let you down

What is the Volkswagen ID.3? 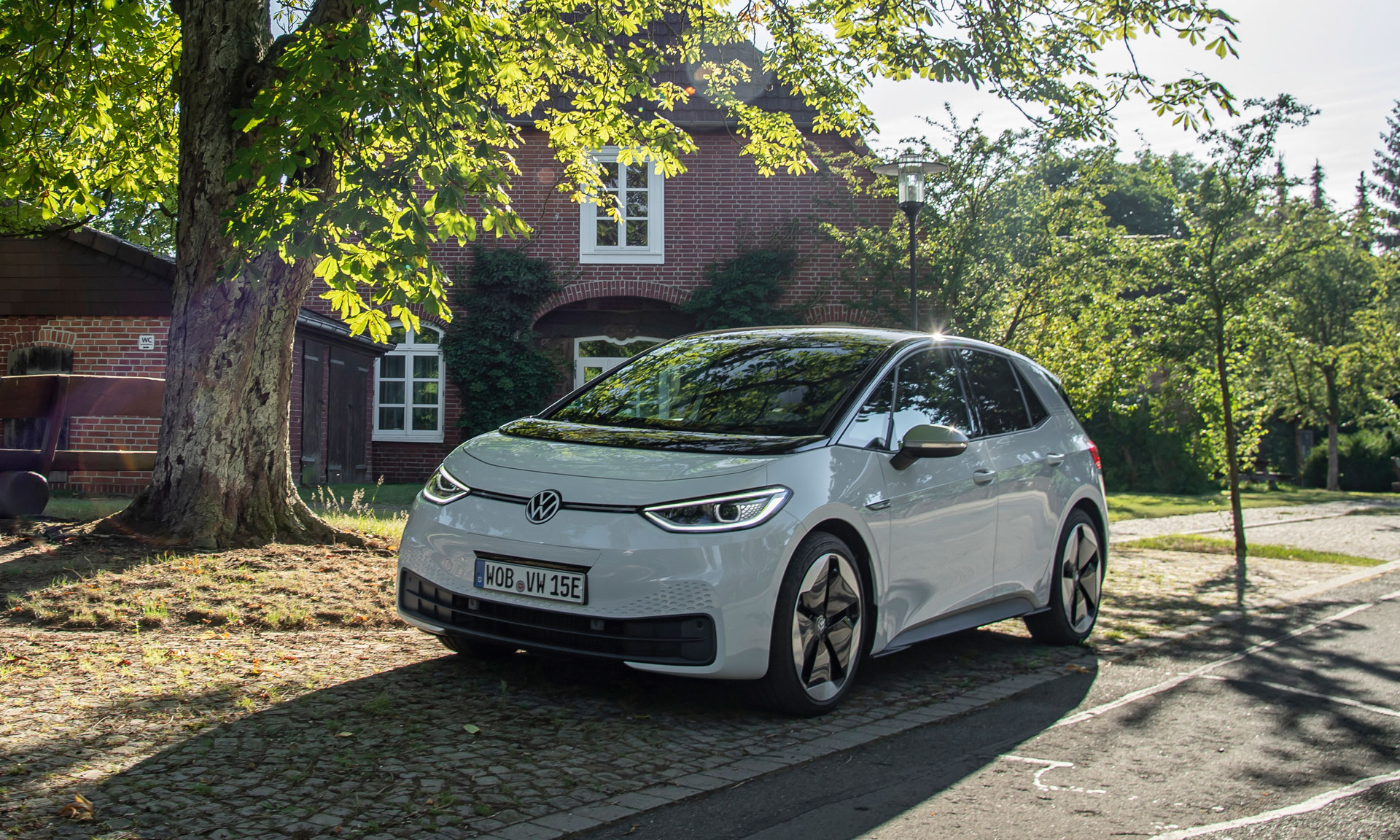 Volkswagen offers seven specifications in the UK, with the current entry-spec ID.3 Life model priced at £29,990 (with the government £3,000 plug-in car grant) and a claimed 263-mile driving range. We’ll find out if it achieves this in our own, tougher independent tests once we get the car to our lab.

All models are available to order from this week, with the top-of-the-range Tour model costing £39,290 and claiming a Tesla-rivalling driving range of 336 miles.

Want to know which electric cars are worth buying right now? Our independent lab and road tests reveal all – see our pick of the best electric cars.

How the Volkswagen ID.3 handled the crash tests 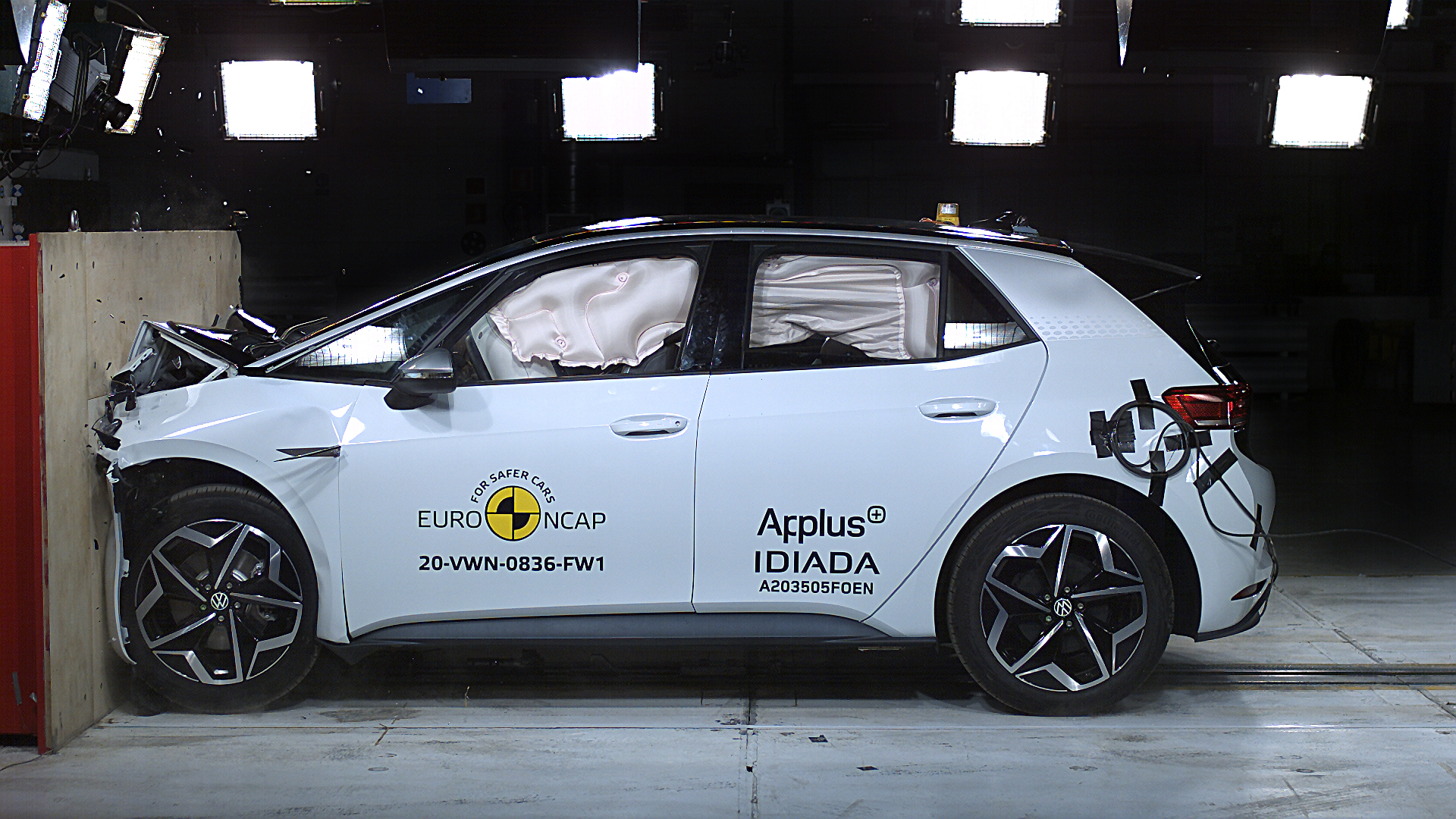 The Volkswagen ID.3 achieved good results in all areas of Euro NCAP’s tough tests. The ID name stands for ‘intelligent design, identity and visionary technologies’ – it’s certainly lived up to that ethos in terms of safety.

The car’s structural integrity remained robust in Euro NCAP’s crashes and crash-avoidance safety equipment is standard across the range.

This includes autonomous emergency braking (AEB). AEB technology scans the road ahead for possible collisions and is able to apply the brakes automatically to reduce the force of impact when a collision is imminent.

The ID.3 gets good scores in all areas; for protecting adults and children, its safety technology and protecting vulnerable road users. Hence its maximum five-star score. It’s not quite perfect, though, with Euro NCAP picking up some room for improvement – although it’s no reason to worry as this is still a very safe car.

One crash test involves a collision into a front offset deformable barrier. All body areas on the passenger dummy had good protection, but the driver’s chest only got a marginal score for how well it’s protected, due to a fair amount of chest compression on impact.

In a more severe crash impact into a side pole, the chest of the driver also only got a marginal score for how well it’s protected, as ribs were compressed on impact more than they ideally would be – although not too much.

In a far-side impact, Euro NCAP rated the movement of the dummy from one side of the vehicle to the other as poor, but the dummy remained well protected regardless.

The ID.3 features a centre airbag to protect against collisions between multiple occupants in the vehicle in side impacts (as shown in-action in the image below), which Euro NCAP assessed as working well, effectively protecting the heads of both front seat occupants. 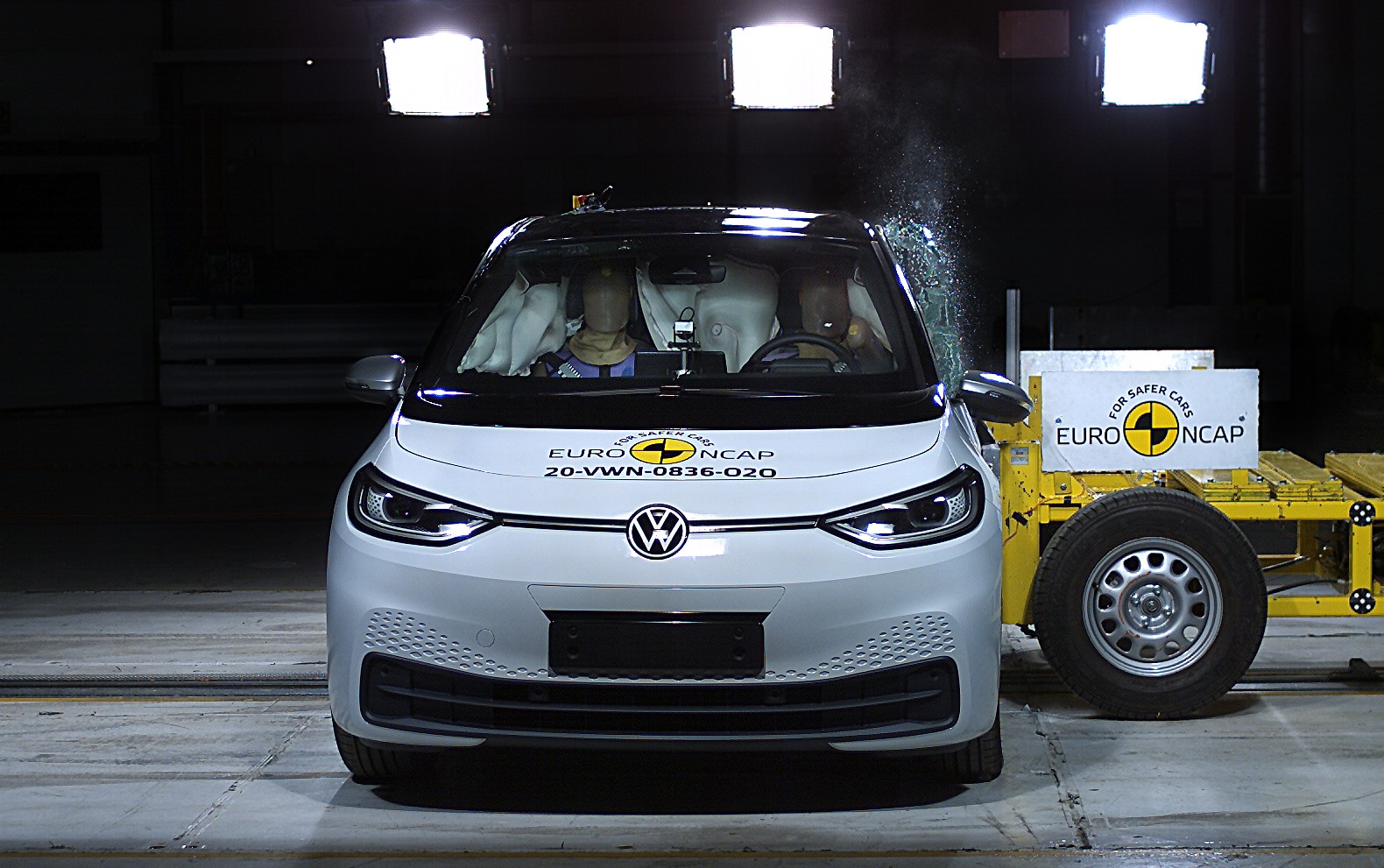 This car has been designed to look out for your safety after a crash, as well as before.

As standard, the ID.3 has a multi-collision braking system fitted. This immediately applies the brakes after an impact to prevent the car being involved in another potential collision.

The car even has a system (e-Call) which automatically sends a message to the emergency services, giving the car’s location, in the event of an accident.

Why great car safety can also save you money

Safety systems such as AEB, which performs an emergency stop to prevent or mitigate an imminent collision, are proven to reduce accidents and many new cars either offer it as standard or as an option.

It’s certainly worth ensuring your next new car has the technology. As well as greatly reducing the force of a serious collision, it could reduce your car’s running costs too.

That’s because many lower car insurance premiums are offered to cars with AEB systems installed.

What car safety features to look for 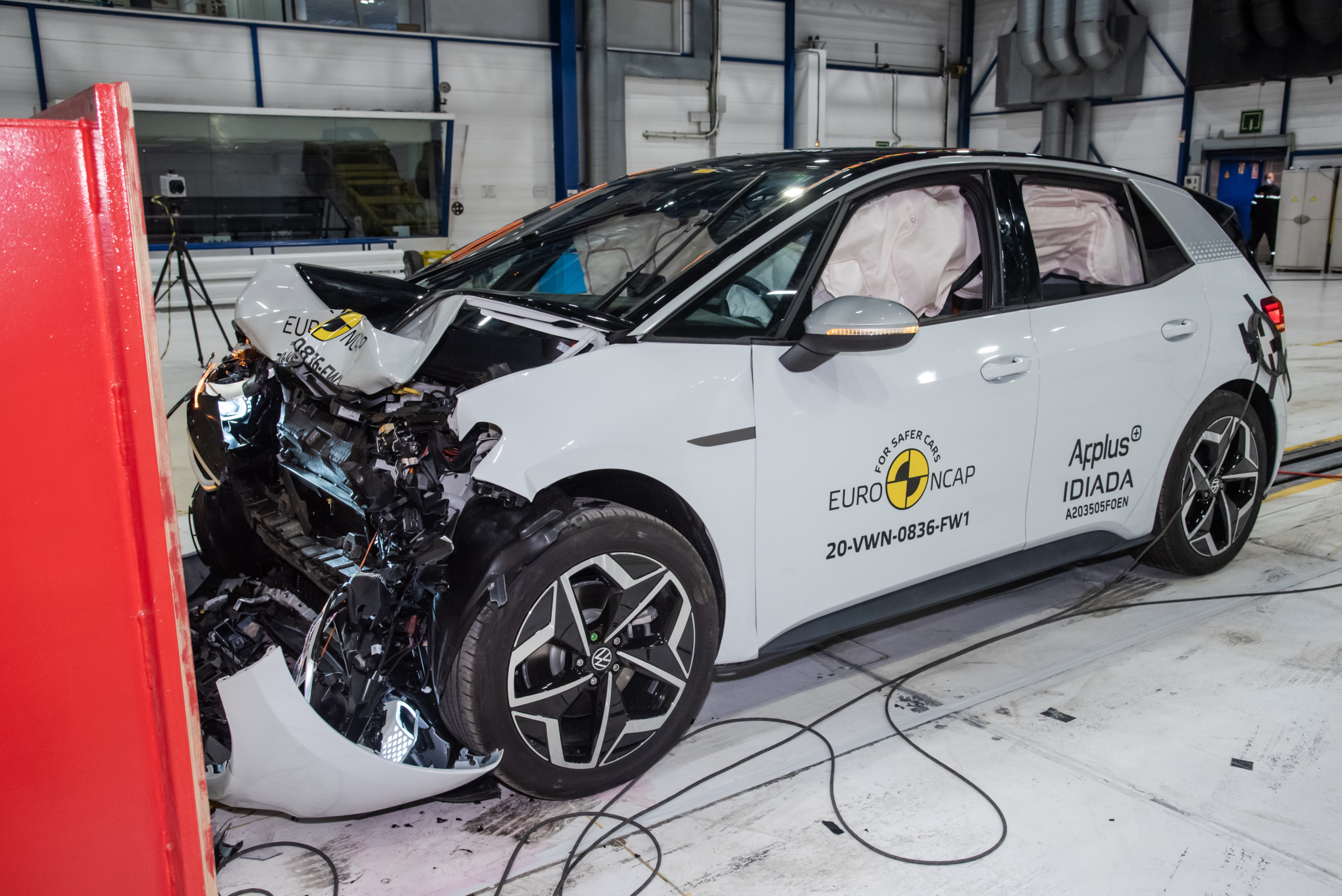 As well as AEB, electronic stability control (ESC) is also very important. Depending on how it’s implemented, ESC is software that can automatically reduce engine power and even apply individual brakes if the system detects the car is set to lose stability or is at risk of skidding.

Studies show that ESC has the potential to prevent up to a third of all road accidents. It’s so important manufacturers are now required by law to install ESC on all new cars – so if you’re buying a used car, make sure yours has this system too.

Another system is adaptive cruise control, which uses radar to maintain a set distance from the car in front, such as on the motorway. If that car slows down, the system automatically reduces your vehicle’s speed to match, before accelerating when the road becomes clear.

More advanced systems even work in slow-moving traffic and can slow the car to a standstill before automatically moving off again.

Find out about more of the latest safety technologies to consider- see our expert guide on car safety features.