A year after Google launched its £629 Pixelbook Go laptop, Microsoft has responded with a cut-price, own-brand ‘Go’ notebook starting at just £549. Until now, Microsoft has only sold laptops with an RRP of at least £999, so this is an attention-grabbing price drop.

Costing just over half what you’d shell out for Microsoft’s higher-end Surface Laptop 3, the Laptop Go could be a seriously tempting proposition for those who have felt priced out of Microsoft’s premium laptop range. It’s available for pre-order with delivery dates from 27 October.

But a lower price point inevitably means compromise, be it in speed, screen quality, storage, or something else. What matters is whether companies make the right compromises in the right places.

Looking for a great laptop on a strict budget? Find out which devices strike the right balance between budget and performance in our pick of the best cheap laptops for less than £500

The table below shows a side-by-side comparison of the new Laptop Go with Microsoft’s premium Laptop 3 to illustrate where specs have been reduced to bring down the price. Both compared models are the cheapest of their respective ranges.

Microsoft Surface Laptop Go: where have compromises been made? 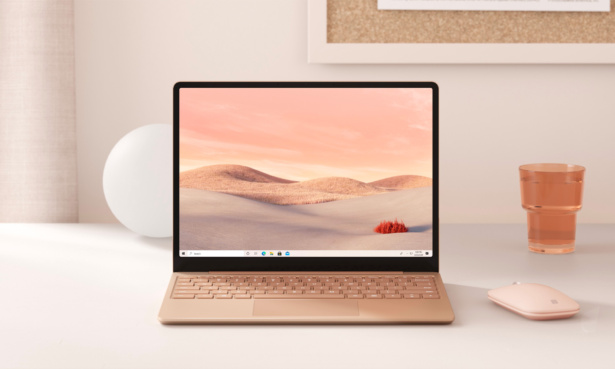 The good news is that Microsoft doesn’t seem to have cut corners on the processor. The Go has one of Intel’s newer Core i5 processors, with four cores and plenty of oomph to get through daily tasks such as web browsing, watching videos and editing big documents. It’s also the sort of processor you’d want for editing photos.

The only place it’s lacking is graphics; it makes do with a more basic ‘Intel UHD’ graphics chip, compared with the more powerful ‘Intel Iris Plus’ found in the Surface Laptop 3.

However, it has a couple of rather painful Achilles heels.

Both of these problems can be solved in one fell swoop by choosing the next model up in the range, which has a larger, faster standard 128GB SSD and 8GB of Ram. The downside is you’ll have to spend an extra £150 to get these mod cons.

The Surface Laptop Go comes with Windows 10 in ‘S Mode’. This means that, upon first use, you will only be able to install apps from the Windows Store. This will limit your choice of apps, but does mean that all the software available to you will have been vetted for privacy and security ahead of time.

Elsewhere, the screen lacks the now-commonplace Full HD 1,920 x 1,080-pixel resolution, which means it might not be as pin sharp as other similarly priced laptops, although the relatively small screen size should mitigate the impact of this.

The dinky screen does mean the Go will be easier to slide into a small bag and it also helps keep it light, tipping the scales at 1.11kg. Its build, which uses a mixture of metal and plastics, may also help reduce weight, but it may not feel as pleasant to the touch as the all-metal and fabric Surface Laptop 3.

Head over to our first look at the Laptop Go’s specs for more details, or if you’re looking for something more high end, find out if the Surface Laptop 3’s more premium specs impressed in our tests.

This laptop is a clear response to the Google Pixelbook Go and its specs are competitive in comparison (as we highlight below). However, there are plenty of alternatives, such as the Lenovo and Huawei featured above, that offer much more impressive technical specifications for a similar price.

That said, Microsoft might have put more effort into the screen, speakers and build quality, and may offer better battery life. These are things we can only know once it’s been through our test lab. Watch out for our full review in November to find out if it’s worth your money or, if you need a new laptop urgently, take a look at the three alternatives below. 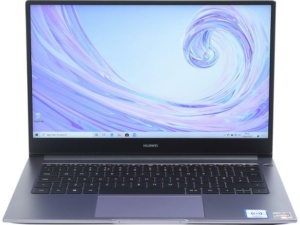 It costs the same as the Go, but comes with a larger, higher-resolution screen, twice the Ram and a huge 512GB of storage. Of the three rivals here, it has the processor that, on paper, should match the Surface Laptop Go most closely for speed.

Read our full Huawei Matebook D 14 review to see if its screen, speed and battery life impressed our lab experts. 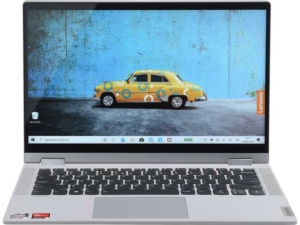 This laptop has a 360-degree hinge that lets you flip it around and use it as a tablet. It has a beefy, six-core AMD Ryzen 5 processor, and also throws in 512GB of storage and 8GB of Ram, which is plenty for the price. 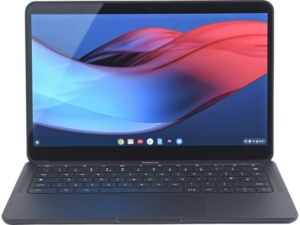 The Google Pixelbook Go is a Chromebook, and its specifications are modest. Its processor is a more timid dual-core affair than that of the Surface Go and it offers the same 64GB of eMMC storage. However, it does have 8GB of Ram – double that of the Microsoft Go.

Find out if it delivered in our tests despite its low-end specs in our full Pixelbook Go review.