Coventry Building Society, First Direct and Nationwide have been named the best mortgage lenders of 2020, based on a combination of customer feedback and expert Which? analysis of the deals they offer.

We spoke to more than 3,600 homeowners and analysed thousands of mortgage deals to find out which providers combined great customer service with unbeatable mortgage rates.

Coventry Building Society, First Direct and Nationwide were so good that we named them Which? Recommended Providers.

Read on to discover how other major mortgage lenders fared, plus the most common issues homeowners face with their providers.

In addition to its table-topping deals, borrowers like the way that First Direct keeps them informed about their mortgage, its transparency on fees and its online services.

Our other two Which? Recommended Providers (WRPs) are Nationwide – which has won the title for the seventh year in a row – and Coventry Building Society, which is enjoying its second consecutive year as a WRP.

Nationwide was popular with homeowners for its overall customer service and payment flexibility (scoring five stars for both), while Coventry achieved a five star rating for its transparency of charges.

At the other end of the table, Chelsea Building Society fell from 14th place out of 25 lenders last year to rock bottom in this year’s survey.

The specialist lender Kensington, which offers mortgages for people who struggle to borrow from mainstream lenders, finished second bottom.

The table below shows how lenders ranked for key elements of customer service, covering everything from value to money to online services.

How Which? rates mortgage lenders

In June and July, we surveyed 3,625 members of the public to find out how satisfied they were with their mortgage lender. We received enough responses to rank 23 banks and building societies.

We combined these customer ratings with a comprehensive analysis of which providers offered the cheapest deals.

In July, our experts compiled 208 ‘top 10’ tables based on a range of borrowing scenarios, and counted each time a lender featured in a table.

This meant that we could rate lenders based on the quality of both their products and their customer service.

You can find out more about how individual lenders fared in our mortgage lender review pages, which provide details of the types of mortgages each lender offers, including average rates and lending criteria. 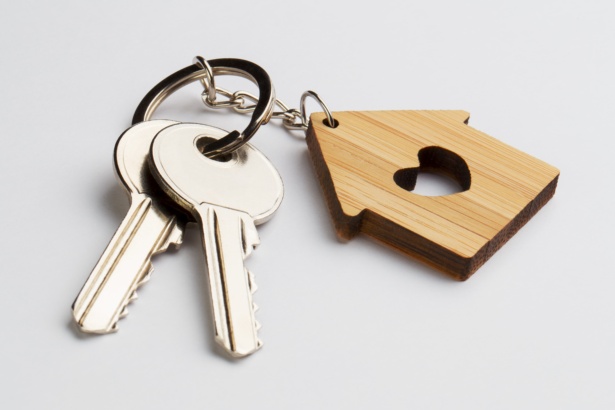 Are UK homeowners happy with their mortgage providers?

Overall, 86% of UK mortgage holders said they were satisfied with their provider, and 82% said they would recommend their lender to a friend or family member.

But despite this overall vote of confidence, 27% of homeowners told us they’d had a problem with their lender.

The main issues included poor customer service, a lack of flexibility and being unable to switch to a cheaper deal, each of which affected 5% of respondents, and poor interest rates and restrictions on overpaying, which were both a problem for 4%.

What are borrowers looking for in a mortgage?

Price and familiarity were crucial factors for homeowners when they chose their current mortgage lender.

Around one in five (22%) respondents said they chose the lender due to the size of the monthly repayments, while a similar number (21%) said the overall cost of the deal was key.

Another 21% said an existing relationship with the lender (i.e. having a bank account with the provider) was a key factor, a figure underlined by more than half (56%) of respondents saying they applied directly to banks rather than using a mortgage broker.

When it came to choosing a deal, cost and flexibility were key factors. The chart below shows which features homeowners considered important when comparing deals.

It’s been a tough year for mortgage lenders and borrowers alike. The coronavirus outbreak resulted in banks seeing their resources stretched, while millions of people were furloughed from their jobs.

This time of crisis meant quality customer service became even more important than before.

Overall, 22% of homeowners told us they contacted or attempted to contact their lender after the pandemic began, with 61% of those requesting a mortgage payment holiday. But amid a barrage of calls from customers, banks struggled to process requests quickly.

More than half of the borrowers who contacted their lender (56%) said they had a problem. Being stuck on hold for a long time (29%) and never hearing back after leaving a voicemail message (17%) or email (12%) were the most common complaints.

If you’re still having problems paying your mortgage due to COVID-19, you can apply for a mortgage payment holiday until 31 October.

If you’re looking to apply for a mortgage to buy a new home or switch to a cheaper rate, you may find the process takes much longer than usual, with banks still struggling to keep up with demand.

Which? advice on getting a mortgage

If you’re looking to get a mortgage and don’t know where to begin, we’re here to help.

Our mortgage guides provide advice on everything from saving for a deposit to finding the best deal and applying for a mortgage.

If you’re already a homeowner, you can find advice on switching deals in our guides on remortgaging to get a cheaper deal or to release equity.