NS&I’s dramatic interest rate cuts have now come into force, taking many accounts from the top to nearing the bottom of savings comparison tables.

The government savings provider has offered the most generous rates for much of this year, after it cancelled previous plans to make rate cuts in order to support savers through the coronavirus pandemic – however, this latest wave of cuts is even more severe than the cuts previously planned.

These rate cuts were first announced in September but only came into force on 24 November. We’ve recently reported on customers having difficulties withdrawing money from the provider – but should you switch elsewhere to get a better rate?

Here, Which? reveals the NS&I savings rates changes, and the best accounts on the market to consider switching to.

What are the best savings rates on the market?

The table below sets out the top rates for fixed-rate and instant-access Isas and savings accounts, by order of term.

The links will take you through to Which? Money Compare, where available.

*Ikano Bank is a Swedish Bank and UK Depositors are not covered by the Financial Services Compensation Scheme. Instead, eligible depositors are covered by the Swedish Deposit Insurance Scheme, managed by Riksgälden which protects up to £85,000 per person.
**Expected profit rate.
Source: Moneyfacts. Correct as of 25 November 2020, but rates are subject to change.

As the table shows, the current top rates are offered by a handful of providers, and you’ll need to be able to save at least £1,000 to access the majority of the accounts here – with several requiring £5,000.

The accounts from Al Rayan Bank are sharia-compliant, and therefore offer an expected profit rate (EPR), rather than an annual equivalent rate (AER). This means the advertised rate is not guaranteed, but we’ve never heard of an instance in the UK where an Islamic bank has not delivered its expected profit rate.

If you don’t want to lock your money away for a fixed term, you could consider a notice account, regular saver or a high-interest current account.

These accounts can offer higher rates, but often come with several restrictive caveats, so make sure you’re clued up on the terms before you sign up.

The best rates currently available for each of these kinds of accounts are:

To help customers in financial difficulty during the coronavirus crisis, some savings providers are granting early access to fixed-term accounts – see our dedicated news story to find out more. 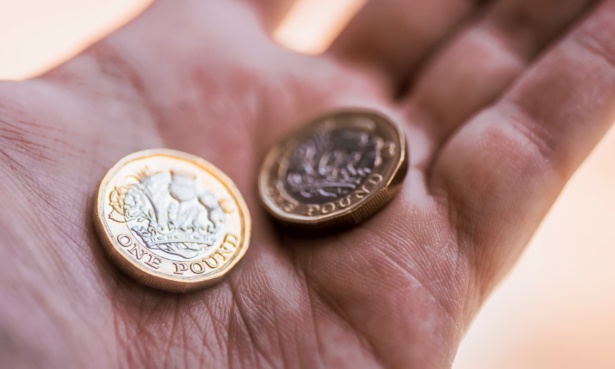 How have NS&I savings rates changed?

All NS&I accounts have seen steep rate cuts of up to 1.15% AER, which comes as a huge blow to its millions of loyal savers.

The table below shows how NS&I’s current interest rates compare to what was on offer earlier until 24 November, in ascending order of the account’s current AER.

With the latest inflation rate for October at 0.7%, the table shows that where previously all of these accounts would have exceeded it, they now fall far below inflation. This means that savings held in these accounts will all lose value over time as prices increase.

NS&I’s fixed-rate product interest rates have also been cut. These products are no longer available to new savers, but existing customers can choose to renew their bond when it matures.

NS&I says customers with fixed accounts that mature before 24 November who automatically renew onto a new issue of the account with the same term will receive the previous, higher interest rate.

However, fixed-term accounts renewed after 24 November will receive the lower rate.

This story was amended on 11 December 2020 regarding the rates customers would receive on fixed-term NS&I products after 24 November 2020 in accordance with new information provided by NS&I. It previously said customers who automatically renew accounts between 24 November and 24 December would receive previous higher rates – this information, which was provided by NS&I, was incorrect.

In addition, the odds on winning an NS&I premium bonds prize will also be getting worse; from the December 2020 draw onwards, you’ll have a 34,500 to 1 chance of getting a prize, where the odds were previously 24,500 to 1.

With NS&I reducing some of its rates to 0.01% AER – literally the lowest rate possible before paying nothing at all – it may be time to consider taking your savings elsewhere.

While many savers are incredibly loyal to NS&I due to the fact that it’s such a trusted brand at a time of uncertainty, you could ultimately end up eroding the value of your savings if you stay put.

If you have a large amount of money saved with NS&I, you’ll need to weigh up its safety if you move elsewhere. All money held with NS&I is 100% backed by the Treasury, which trumps the Financial Services Compensation Scheme (FSCS) that covers other UK banks and building societies, as it only covers up to £85,000 per person, per banking institution.

However, if you split up your cash so there is less than £85,000 saved with different banking institutions, the FSCS can still cover you should something go wrong.

Why did NS&I cut its rates?

NS&I is not a bank, as it only offers savings and investments, and it’s backed by the UK government, which therefore means it does not operate in the same way as most other savings providers.

The money it holds for its savers is used for government spending, and it’s given a target each year depending on what the government needs.

Despite being given the huge target of £35bn for this year to help the government’s spending to support the UK through the coronavirus crisis, NS&I’s accounts have seen such demand that it has exceeded the target. So as not to distort the economy by offering rates that are radically different from other savings providers, the reductions are deemed necessary to bring it more in-line with the rest of the market.

Indeed, an NS&I spokesperson told us the rate cuts were part of its need to ‘strike a balance between the interest of savers, taxpayers and the broader financial services sector.’

This story was amended on 11 December 2020 regarding the rates customers would receive on fixed-term NS&I products after 24 November 2020 in accordance with new information provided by NS&I. It previously said customers who automatically renew accounts between 24 November and 24 December would receive previous higher rates – this information, which was provided by NS&I, was incorrect.