Eight months after Microsoft stopped supporting Windows 7 with security updates, new research from Which? shows more than 1 in 10 Which? members are reluctant to make the switch to newer software.

We surveyed 1,043 computer-owning Which? members in October 2020, some eight months after Microsoft officially stopped releasing software and security updates for Windows 7, and 13% of them told us they were still using it. Microsoft’s popular operating system, first launched in 2009, was superseded by Windows 8 in 2012, Windows 8.1 in in 2013 and Windows 10 in 2015.

Continuing to use a Windows 7 computer that is connected to the internet, or which connects to devices that have their own internet connection – such as USB drives or printers  – puts your computer at greater risk of catching a virus.

This is because the list of security threats that Windows 7 is looking for is currently a year out of date (and will become more so as time passes). Any viruses that have been released in the past year will not be known to Windows 7’s built-in defenses, making the system vulnerable to attack.

Read on to find out why it’s so important to use up-to-date software, plus the answers to common questions about upgrading from Windows 7.

Thinking of buying a new laptop to replace your old Windows 7 computer? Check out our expert laptop reviews.

Why is Windows 7 still being used? 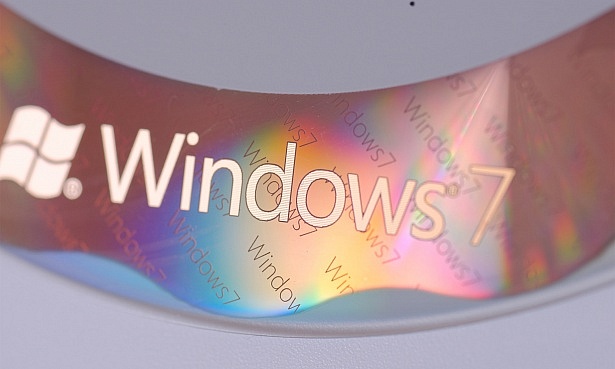 The most common reason Which? members we surveyed gave for continuing to use Windows 7 is that they don’t want to pay to upgrade; 30% of those that still use it said this. As we explain below, it may still be possible to upgrade to Windows 10 for free, so this is worth a try if you haven’t already.

A further 22% said they found Windows 7 easier to use, while 16% said that Windows 10 would not work on their device.

If your computer is now at an age where the latest software no longer works, it could be time to consider a new computer.

Read our guides to the best laptops for under £500, and on buying a used or refurbished laptop to find out how you can get a new computer without it costing the earth.

Why did Microsoft stop support for Windows 7?

The tech giant has pledged that its latest version, Windows 10, is ‘the last version of Windows’: there won’t be any new versions.

All you have to do is keep your computer patched with the latest updates and you won’t ever have to move to ‘Windows 11’ or ‘Windows 12’. That’s because Microsoft wants as many people as possible on the current, most up-to-date codebase rather than continuing to support old versions.

Here’s how long each version of Windows has lasted over the years:

Do I have to buy a new computer?

As the last brand-new laptops running Windows 7 probably went off sale some time in 2013, if your laptop still uses it, that probably makes it at least eight years old. This is about as long as Which? members tell us their laptops last on average before a fault kicks in that makes the device unusable – so you’re probably due a new computer around now, regardless.

Not only that, but if you have a cheap Windows 7 laptop, it likely won’t be powerful enough to run Windows 10 as this operating system demands better performance than was available on cheap laptops in the late 2000s and early 2010s. As such, replacing it is probably a better option

If you’re truly wedded to your old PC (for example you know that you have hardware, such as a scanner, that can only work on Windows 7 or older computers), you should ensure it isn’t connected to the internet and be careful what files you access via a USB stick.

Do I have to pay to upgrade from Windows 7?

You might be able to upgrade free of charge – it depends on how your version of Windows 7 was licensed.

For the best chance of getting a free upgrade, your current version of Windows 7 must be legal and activated with Microsoft. Check this using the following steps: 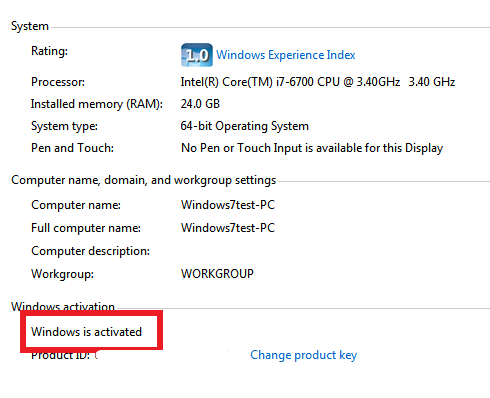 Before upgrading, check your PC exceeds the minimum requirements as outlined on the Microsoft website. Otherwise, it may end up being painfully slow.

Then head to the Windows 10 download site to get the installation started. Installation itself is free; if you need to pay, you’ll find out when you try to activate Windows 10.

Follow the instructions, and when Windows 10 has been fully installed you can check whether you’ll need to pay to activate it

What about moving files and programs?

The most important thing to do before upgrading your system – and generally, in fact – is back up your data. You might need to reinstall some programs after you upgrade your system, so make a note of your product keys for software such as Office.

Will my printer and other devices work if I move to Windows 10?

This depends on the age of your printer, scanner or other devices. The manufacturers try to keep the drivers up to date with the latest version of Windows, but any change can result in older kit no longer working. Check the manufacturer’s website of your device to see if there’s any information available before updating your system.

If you decide a new printer is in order, consult our expert printer reviews for our verdict on machines from Brother, Canon and HP.

Microsoft currently supports two versions of Windows: 8.1 and 10. However, there is limited value in upgrading to Windows 8.1 as Microsoft will stop supporting that on 10 January 2023.

As with previous versions of Microsoft’s operating system, there are several editions of Windows 10 available. The most relevant for home users is likely to be Windows 10 Home. Windows 10 Pro has some additional features, but these are mostly geared towards business users.

There’s also Windows 10 S, which you can’t buy by itself but comes with some new laptops. This locks down the computer to only be able to run apps approved by Microsoft in the Windows app store. This is a more secure way of doing things, but may also mean some software you need might not be available.

New features include fingerprint and facial recognition for added security and easier login, as well as compatibility with new kinds of ports, including USB-C and Thunderbolt.

Windows 10 also comes with Windows Defender, which activates if you have no antivirus program running or if your antivirus is out of date or faulty. Defender has improved significantly in recent years. Find out which malware-busting tool is best with our antivirus software reviews.

Need a little help getting to grips with your technology? Give Which? Tech Support a try. Signing up will get you: