HMRC has announced it will waive penalties for late tax returns until 28 February – but the deadline to pay the tax you owe is still 31 January.

The move may come as a relief for those who haven’t yet filed their tax returns – roughly a quarter of the estimated 12.1m tax returns the tax authority is expecting this year.

However, HMRC says it is encouraging anyone who is able to file their tax return by 31 January to still do so – and if you don’t, you may still face some late penalties if you don’t pay your tax bill on time.

The deadline to pay your tax is still 31 January; missing this deadline means you’ll be charged 2.6% interest on what you owe from the date the payment was due. Many people won’t know what tax they owe until they file their tax return.

Here, Which? explains who needs to file a tax return and offers some tips on how to file as quickly as possible to avoid charges.

With just days to go until the filing deadline, just 74% of people – around 8.9 million taxpayers – have completed and submitted their tax return.

HMRC is urging self-assessors to file as soon as possible – both to avoid any last-minute problems that could prove costly if they make you late, and to give people enough time to apply for its Time to Pay arrangement if they’re going to struggle to pay their tax bill.

You may have received communication from HMRC to say that you need to file a tax return this year, but if you haven’t that doesn’t necessarily let you off the hook – if you know you received untaxed income, the onus is on you to declare it.

Find out more: how to fill in a self-assessment tax return

How long will my tax return take?

Recent Which? research found it takes an average of 2.5 hours to complete a tax return – that’s a combined 19 million hours if you consider all of the self-assessors who file their own returns.

While one in five speedy people said the process takes them less than an hour, for others it takes significantly longer – in fact, one in 10 respondents said that they spent more than five hours on the job.

As time is running out, here are some simple steps that could help speed up the process:

Get your documents together

Having to hunt through piles of paperwork every time you need a code or figure is bound to make your tax return far more stressful, so it’s a good idea to get everything together first.

The documents you’ll need will depend on your circumstances, these can include things like bank statements, receipts, invoices, P60, P45, student loans statements and tenancy agreements.

There are a number of helpsheets online if you get stuck.

You’ll need your Unique Taxpayer Reference (UTR) number in order to file your tax return – the number stays the same each year and is individual to you.

If this is your first tax return, you’ll need to register ahead of time and it will be sent to you in the post.

If you’ve filed tax returns before, you should look for a 10-digit number which may have a letter ‘K’ at the end – it will feature on any letters or paperwork you’ve received from HMRC regarding your tax return.

Estimate figures if you don’t have them yet

The ongoing disruption caused by the coronavirus pandemic may mean that it’s proving more difficult than usual to round up the figures you need for your tax return; for instance, perhaps your suppliers are closed and unable to send invoices.

If this is the case, it’s better to file your tax return on time with estimated figures than wait for the correct information and miss the deadline.

There’s a box you can tick to indicate that some of the figures you’re providing are yet to be confirmed – tick it, and you can go back in later to correct the numbers if you need to once they’ve been finalised.

After you’ve submitted your return, you must keep your paperwork for a set period of time in case HMRC asks for proof of the numbers you’ve provided.

If you’re employed or a pensioner, you must keep your paperwork for at least 22 months from the end of the tax year; and for five years and 10 months if you’re self-employed or letting property. 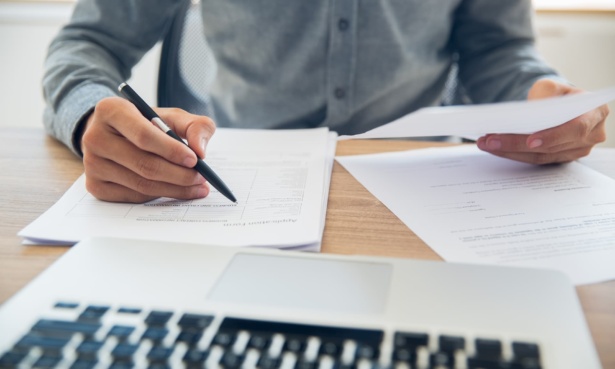 What happens if your tax return is late?

HMRC has the power to charge increasingly expensive penalties if you miss the tax return deadline, which starts with a £100 fine from the first day your return is late.

Due to the recent changes HMRC has introduced, these fees won’t kick in until 1 March 2021 (usually, they would be charged from 1 February).

What you owe will increase over time:

These charges are separate to – and often in addition to – charges levied for being late paying your tax bill.

However, if you have what HMRC considers to be a ‘reasonable excuse’ for filing your return late, it’s possible to have these charges written off.

Excuses are considered on a case by case basis, but HMRC has indicated that genuine issues caused by the coronavirus pandemic will be considered this year.

You can get billed for late fines years later

A Which? member recently contacted our Which? Money helpline to ask why they’d been issued a bill from HMRC, despite indicating they were happy for the tax they owed to be collected through their PAYE tax code.

Our Which? Money helpline tax expert Samm Galloway explains: ‘Failing to file the previous two years tax returns on time meant that the taxpayer skipped the automated payments on account, due by 31 January, and they are now being charged interest on that overdue tax.

‘Payments on account (PoA) happen when your tax bill is over £1,000, and you’ve paid less than 80% of all the tax you owe through your tax code.

‘If they had filed their 2018-19 return on time, they would have had to pay the tax for that year plus a payment on account by the 31 January 2020 deadline, and another one by the end of July 2020. Each PoA is 50% of the tax that was due for the previous year.

‘The PoA is paying that potential tax for the 2019-20 tax year upfront. So, when filing their 2019-20 tax return, depending on the tax they owe, they may have a balancing payment to make. If either of your payments on account or the balancing payment are late HMRC will charge interest on the overdue tax.’

Try the Which? tax calculator

If you haven’t filed your 2019-20 tax return yet, the Which? tax calculator can help. The online tool is easy to use and totally jargon-free, and it allows you to tot up your tax bill and even suggests allowances and expenses you might have forgotten.

When you’re done, you can also use it to send your tax return directly to HMRC.

Watch the video below to see how it works: