Planned British Gas engineer strikes throughout February have left some customers concerned what will happen if their boiler breaks down.

The GMB union says new plans from British Gas would lead to worse terms and conditions for staff and lower hourly pay rates.

Engineers and other workers went on strike in January and more industrial action is scheduled for every Friday in February.

It means you could experience delays if you need your boiler repaired over the next few weeks as British Gas deals with a backlog of engineer visits.

Here’s what you need to know about the strikes and what to do if you’re a British Gas customer with a broken boiler.

When are the strikes taking place?

The strikes are happening every Friday through February.

Members of the GMB union initially walked out on 20, 22, and 29 January, and 1 February before adding the additional dates

We’ll update this page if the strikes are extended into March.

Will my engineer visit be delayed?

The GMB union says the February strikes will add to a backlog of 170,000 boiler repairs and 200,000 delayed service visits.

We spoke to one British Gas customer, Daniele, whose boiler broke down in the first week of February.

He was told he’d have to wait over a week for a British Gas engineer to visit his home.

To get the repair sorted swiftly, they instead advised him to use their ‘Local Hero’ scheme, which connects you to independent engineers in your local area.

‘We’ve got a Local Hero engineer coming out and they’re hopefully going to sort the boiler out this week but it’s been hell because it’s so cold in the house,’ Daniele told us.

British Gas advised Daniele, who pays for their HomeCare cover, to pay the Local Hero engineer upfront and claim back the cost afterwards.

‘I hate to think what people less fortunate than us are doing,’ Daniele said.

A British Gas spokesperson told us: ‘We have plans in place to manage industrial action but we’re sorry for any disruption this is causing to our customers. We’ll continue to prioritise vulnerable customers and emergency situations.’

What to do if your boiler breaks down 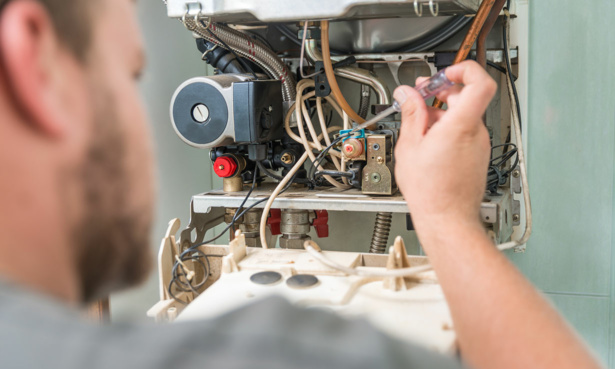 It’s far from ideal if your boiler breaks down in cold months – particularly with most of us working from home this winter.

Here’s how to get your boiler fixed as swiftly as possible.

British Gas told us it has contingency plans to support customers and will prioritise vulnerable customers and those in emergency situations.

Their call centre workers aren’t on strike, so it’s worth giving them a call or accessing their online services to see how long you’ll have to wait for an engineer visit.

2. Use the Local Hero scheme

British Gas might advise you to use their Local Hero scheme, which puts you in touch with nearby tradespeople.

An engineer will give you a quote and you can then decide whether or not to go ahead with the job.

You’ll have to pay for the service upfront, but British Gas says it will reimburse you afterwards if you pay for their HomeCare cover.

If you’re unable to pay upfront, British Gas told us it will take this into account and discuss a solution on a case-by-case basis.

3. Use your warranty or insurance

If you have boiler insurance this should cover the costs of servicing or repairing it.

There’s an enormous difference between the length of warranties available from different boiler manufacturers.

Some offer 10-year or even 12-year warranties that might mean you’re covered.

Your boiler is much more likely to break down when it’s colder outside.

Snowfall across the UK in recent weeks means your condensate pipes could be frozen, which is one of the most common boiler faults.

When the outside temperature drops below zero, these condensate pipes can often freeze, which leads to the boiler shutting down as a safety precaution.

The good news is you can fix this problem yourself, following our free guide:

You can also look at our six tips for protecting your boiler during winter weather.

Online dating fraud up 40% through the pandemic