The new Microsoft Surface Laptop 4, which supersedes the Surface Laptop 3, comes in two different sizes and in a host of spec options. But what we’re equally excited about is the big price drop on the older model, with savings of around £200 to be made.

Surface Laptops are Microsoft’s answer to the Apple MacBook Pro and Dell XPS 13. Now on their fourth generation, key selling points common to all Surface Laptops include:

In all four of its generations, the price of the cheapest model has always been lower than that of both the Apple and Dell equivalents.

We’ll be hotfooting the Laptop 4 through our tests as soon as possible; until then, find out whether the Surface Laptop 3 impressed our computing experts.

If you’re tossing up whether to buy a Surface Laptop 3 or 4, the differences between the two models are hard to spot on the surface (pun intended). In fact, most of the changes are found beneath the laptop’s metal and fabric chassis, as the table below illustrates (we’ve included the specs of each version’s starter model).

The rest of the 13.5-inch range is filled with Intel-powered models, starting at £1,269 for the Intel Core i5 model that comes with 512GB of storage all the way up to £2,299 for a Core i7 model with 32GB of Ram and 1TB of storage. The Intel chips in use are from the company’s latest, 11th-generation line-up. 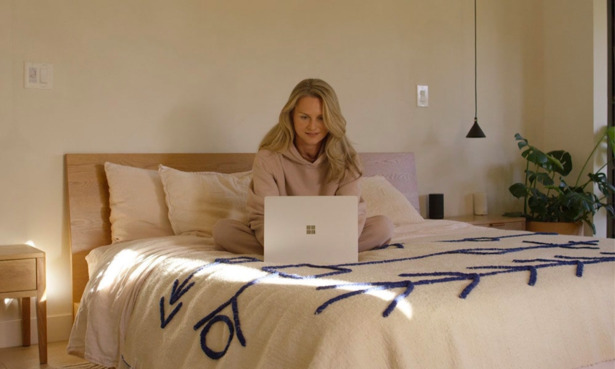 If you prefer a larger, 15-inch screen, you’ll have the same choice of processor on the Surface 4 as was available on the Surface 3; AMD Ryzen 7 or Intel Core i7 from the manufacturers’ latest generations. Prices range from £1,299 to £2,199, depending on the specs you go for.

The difference between AMD Ryzen and Intel Core processors won’t be very noticeable to most people, although each company will make claims about how well their chips work with different programs and specific file types.

If you have a very specific program or file type that you work with, where a different processor could make a huge difference, you should look at AMD and Intel’s own marketing materials. We also have a guide on the basic differences between Intel Core processors.

Which? already has Intel and AMD versions of these laptops on pre-order (we buy every product we test) to find out what the differences between these models are in practice, and which you’d be better off buying.

If you can’t wait till then for a new laptop, check our full laptop reviews to find a device that hits all the right marks.

Microsoft hasn’t tinkered unnecessarily with several nice features of the previous generation, which will be good news to fans of the Surface Laptop line. The Laptop 4 retains a high-resolution 3:2 aspect ratio touchscreen, facial recognition camera, magnetic Surface Connect charging port (which detaches from the laptop when tugged), and a USB-A, USB-C and headphone port.

As with the Laptop 3, it’s also possible to replace the SSD hard drive if there’s a failure or you later decide you need more storage, though Microsoft says this should be done by a professional.

This is a step ahead of one of Microsoft’s key rivals, Apple, whose MacBooks are effectively sealed once you’ve bought them, with storage that is soldered to the inside of the laptop and not upgradeable. The Dell XPS 13 also has an SSD that can be professionally replaced.

Don’t know your USB-As from your USB-Cs? Discover the difference, and why it matters, in our ultimate guide to computer ports.

Since the Laptop 4 was announced, the Laptop 3 has been heavily discounted at certain retailers, including John Lewis and Currys.

The base model, with a Core i5 processor, 128GB of storage and 8GB of Ram, is down from £999 to £795, which is the biggest sustained discount we’ve seen on this model since it was launched. It has previously dropped to around this price for short periods during Black Friday promotions and the occasional sale on Microsoft’s own website.

Given the last and current-gen models are pretty similar, this is a great opportunity to bag a bargain.

Buy the Surface Laptop 3 at John Lewis or Currys, or check our guide to the best laptop deals for some more great discounts on a selection of models.

(A 2020 Which? investigation into Currys PC World suggests the retailer has an issue with how it handles complaints about faulty products. So do consider this before making a purchase.)