UVC products are increasingly cropping up on online marketplaces and in high street shops, but they are largely unnecessary, and some have been found to be ineffective or even unsafe.

Many people have become more anxious about how to keep their homes and belongings clean over the last year.

So, it’s perhaps not surprising that there’s been an increase in the popularity of UVC products, which claim to destroy viruses and bacteria at the touch of a button.

A Covid-19 consumer survey by the Office for Product Safety and Standards (OPSS) in September 2020 discovered that one in 20 people had recently purchased a UV sanitising device.

UVC light can be a powerful weapon against germs, but only under the right conditions. It’s also dangerous – exposure can cause damage to your eyes and skin.

We talked to UVC lighting and microbiology experts to get to the bottom of how effective or necessary different UVC products are likely to be, and what you need to know to stay safe.

What is UVC light and how does it work?

There are three different types: UVA, UVB and UVC, which are classified according to wavelength and all are found naturally in the sun’s rays. 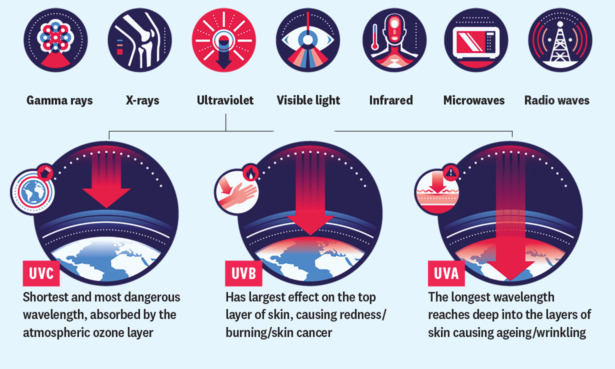 UVC works by damaging the RNA or DNA material in microorganisms such as bacteria, virus or fungi.

‘UVC photons are highly energetic and when they hit a virus, they cause damage, which means the virus can’t replicate,’ Professor Clive Beggs, Emeritus Professor of applied physiology at Leeds Beckett University and an expert in UV infection control told us.

If a virus, bacteria or fungal spore can’t replicate, then it won’t spread.

Pre-2020, UVC sanitisation was largely confined to commercial and industrial locations such as hospitals, factories and water treatment plants, where its use is carefully controlled and it can be an effective weapon in the fight against germs. 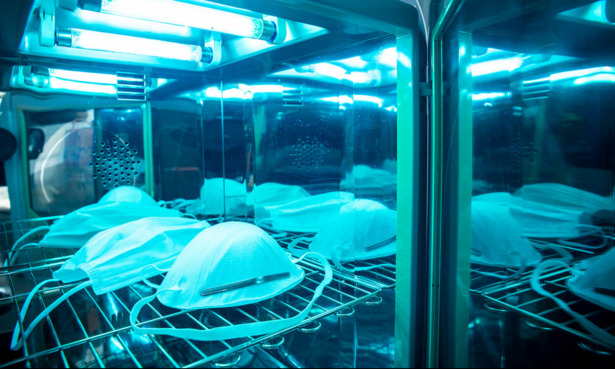 There’s been limited research into the effectiveness of UVC on the Sars-CoV-2 virus, which causes Covid, but based on its effect on other coronaviruses, experts believe UVC has potential.

However, this comes with certain strings attached, such as what the UVC product is, and how and where it’s used.

UVC products may be faulty, ineffective or dangerous

The Lighting Industry Association (LIA) has been looking into home and personal UVC devices in collaboration with Public Health England and the OPSS, testing and reporting any dangerous or faulty devices that it finds on the market.

Their findings have shown it’s hard to know what you’re getting if you buy a UVC device.

LIA spokesperson Dr Gareth John told us: ‘Either the device under test doesn’t emit any UVC or doesn’t emit enough to be used as an effective disinfectant. Or, it emits UVC but in an unsafe manner. A UVC-emitting device should have safety interlocks to stop accidental skin and eye exposure, but we found a lot of products didn’t have them.’

He also says that while some products do produce enough UVC to act as effective disinfectants, the stated disinfection times on products (when they are actually stated) often aren’t long enough to do the job.

‘I’ve also had manufacturers asking me to guarantee that their product kills Covid-19 despite there being, as yet, no definitive third-party data on the exposure time necessary for this,’ says Dr John.

So, while you may see loads of these products on online marketplaces, and creeping onto the high street, it pays to be cautious.

We’ve rounded up some of the most common types below so you know what to be wary of. 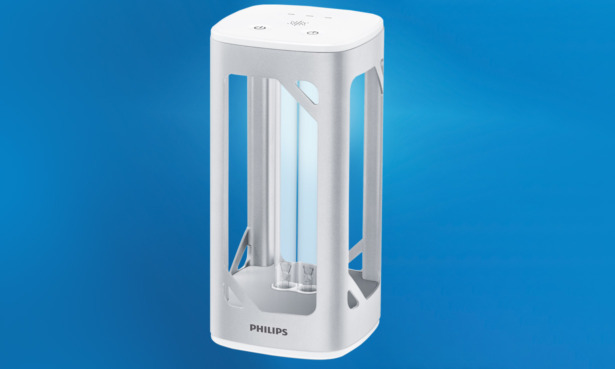 UVC lamps are turned on and left in a room for a set period of time to disinfect the surrounding area.

There’s a huge number around on online marketplaces, but few mainstream options aside from Signify (formerly Philips), which sells a UVC Room lamp for £110.

While the idea may seem like an easy win, lamps aren’t a magic germ-killing solution. ‘UV light can’t bend round walls or get into every corner, and it’s more effective the closer you are to the lamp, so there’s no certainty that everything in the room will be disinfected,’ says Professor Beggs.

We’ve also seen worrying reports of lamps turning on when people are in the room, both on online reviews of unknown brands on online marketplaces, and the Signify lamp.

VERDICT: Not necessary and not to be trifled with. You’re better off opening a window to air a room and cleaning surfaces the traditional way. The risk of actually catching Covid from your carpet, sofa or other surfaces is considered to be negligible. 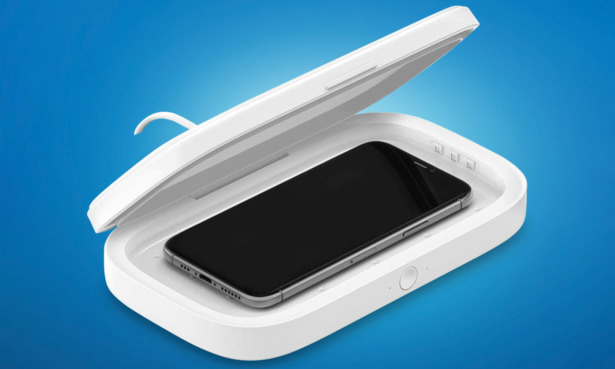 We touch our phones regularly while out and about, so having a device that can blitz any microbes from it is a compelling option.

UVC phone boxes are small containers that you place your phone in before activating the UVC light, typically costing around £50. They are slightly more mainstream, with Samsung and Belkin making versions you can find in high street retailers.

They do at least enclose the UVC light, but there are question marks over how effective they are, and the long-term effects of UVC rays on the plastic materials that make up your phone fascia.

Of the two leading phone manufacturers, Samsung makes its own UVC phone box so clearly has no concerns on that front, though it does warn: ‘We recommend customers buy genuine products from reputable sellers, and particular care is taken when buying from online auction or marketplace sites. The use of counterfeit or incompatible third-party smartphone accessories can lead to damage to the device.’

Apple told us it doesn’t recommend the use of UVC sterilising devices, and suggests wiping down your phone with an alcohol wipe instead.

VERDICT: Potentially more viable than other UVC applications, but risky if it damages your phone. 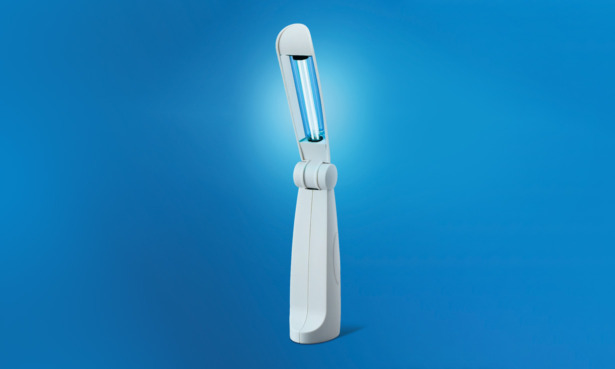 Wands are probably one of the cheaper UVC products available on the market, and we’ve spotted hundreds on sale via online marketplaces costing as little as £10-15.

The idea of wafting a wand over items to sanitise them is tempting, but we have serious concerns about both the effectiveness and safety of this type of product.

Most wands don’t have an enclosed light to prevent you looking at it and potentially damaging your eyes, and some have minimal or poorly written instructions.

‘UVC wands are very concerning as they’re open – like a lightsabre light,’ says Professor Beggs. ‘You shouldn’t be able to look directly at them as UVC can damage your eyes and skin.

A quick waft is unlikely to do the job anyway, as UVC light usually needs time to work, and the longer you hold it in place, the longer you are exposed to the light.

VERDICT: Likely to be at best ineffective and at worst dangerous for your health. Avoid. 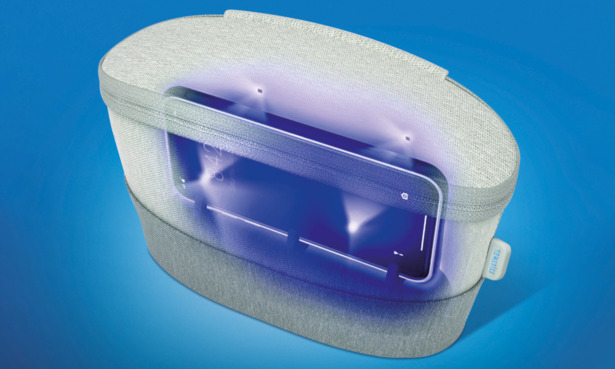 UVC sterilisation boxes and bags aim to do a similar job to phone-sized ones, but for things like wallets, keys and other smaller items we handle often.

Appliance brand Beko recently launched a UVC sterilisation unit, and there are UVC boxes and bags of all shapes and sizes on online marketplaces.

However, heavily soiled items will still need to be cleaned as dirt shields pathogens, making UVC less effective. And the long-term effects of UVC on materials such as plastic are unclear.

What’s more, experts now agree that the biggest transmission risk for Covid is from inhaling aerosol particles and droplets when you’re talking to someone or in close proximity to them, rather than from touching surfaces.

VERDICT: Unlikely to be necessary and hard to determine quality or efficacy. 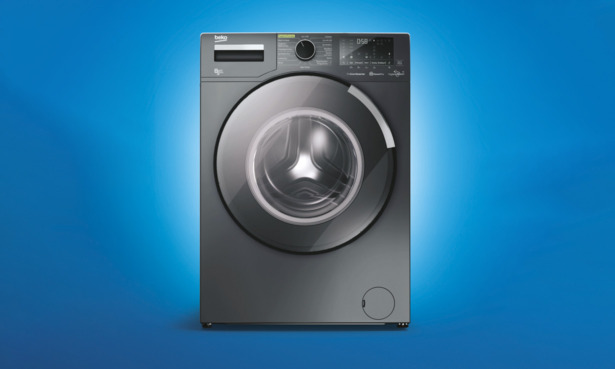 The Beko Hygiene Shield range (which their aforementioned UV box is part of) also consists of a tumble dryer and fridge with UVC capabilities.

Beko says the dryer can ‘refresh’ six dry pieces of clothing or dry and UV sanitise 5kg of laundry, while the fridge has a UV disinfection drawer for zapping your supermarket haul.

But the main benefit is likely to be psychological. Washing your clothes in a standard wash is enough to rid it of germs and ensuring you practise good hygiene by washing raw fruit and veg and your own hands before eating is sufficient.

Again, experts believe it’s very unlikely you will catch Covid from these scenarios.

VERDICT: May provide peace of mind, but existing hygiene methods are sufficient.

What’s the best way to keep your home clean? 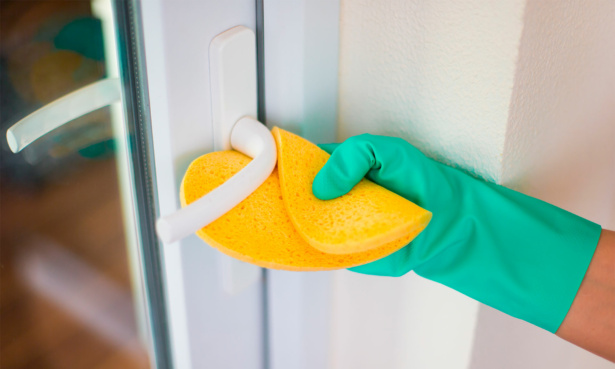 It’s important to maintain a balance between keeping your home clean enough so that you’re not putting your or your family’s health at risk, and overdoing it.

Advice from Professor Sally Bloomfield, an environmental health expert and chair of the International Scientific Forum on Home Hygiene is to focus on ‘targeted hygiene’ – key moments within the home where you need to focus hygiene and cleanliness:

Focusing on these areas breaks the chain of infection, while still allowing us to encounter the good germs we need to build a healthy microbiome.

That’s not to say that UVC products won’t have a role to play in the future. A certain wavelength, known as Far-UVC, is thought to have potential to be safer, and when used safely and properly, UVC has its place in the broader arsenal of germ control options.

But for now there are safer and more effective ways of keeping your home – and your belongings – clean.

Hand hygiene, soap and sanitiser gel – we explain what works, and whether you need antibacterial versions