The pandemic has accelerated the push for app and web-based medical services – both within the NHS and privately.

For many of us, seeing a GP could do with being more efficient and convenient. In the past few years, app-based GP services have cropped up to serve this purpose, with AI-powered symptom checkers playing a supporting role.

But there are limitations to consider before relying on apps for medical advice, from important questions about where they fit in the wider healthcare landscape to how well they’re able to safeguard sensitive health data.

One thing is for sure: you want your medical apps to take as much care with your information as you’d expect the GP to.

Read more in our investigation into health apps and security. 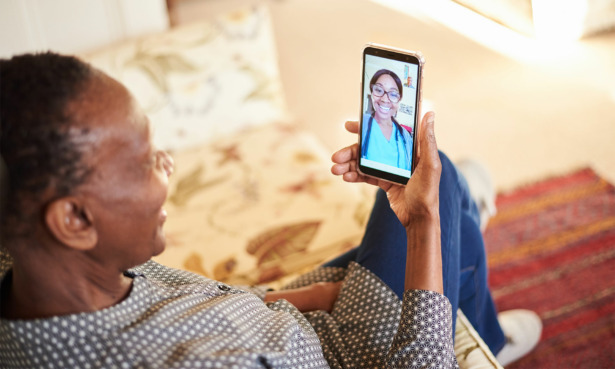 There are apps that offer video appointments with real GPs, like GP at Hand and Babylon’s private service, that are ostensibly stepping in to fill a gap where the NHS is overburdened.

The reality is more complex. Of course, remote consultations are no longer just the domain of medical apps. GP surgeries have had to embed remote services as part of their normal offering.

And while the pandemic has proven the viability of remote consultations in some ways, there are still reasonable concerns about where the balance lies between quick, digitalised – and in some cases – privatised healthcare and the continued integrity of the NHS.

For many, the rapid rise in popularity of services such as Babylon also raises issues of digital exclusion and a two-tiered healthcare system.

Mobasher Butt, chief medical officer at Babylon, has argued that lack of access to medical services is a bigger health issue, which Babylon is well placed to combat.

For more, read our previous investigation into online GP services. 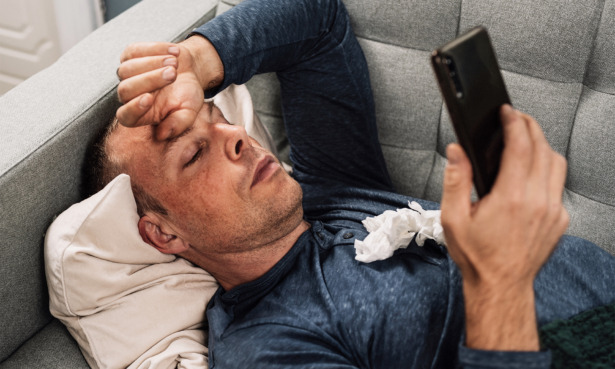 We’ve all at one point or another fallen into the trap of Googling our symptoms. Now, you can use apps like Ada, Babylon and WebMD, which provide AI chatbots or interactive tools intended to offer more tailored advice.

With slick design and seemingly advanced triaging technology, these are tempting little tools to have in your pocket, but the advice you get will depend on which one you use.

A recent study in the BMJ looked at how accurately symptom-checker apps, including Ada and Babylon, suggested conditions based on user input, and how well they judged the urgency of the problem, in comparison with GPs. It is worth noting that some of the study’s authors work for Ada.

Ada and Babylon both came out similarly to real GPs in their assessment of urgency, but there was a big difference in how accurately they predicted the condition. Ada was the best-performing symptom app, with 70% accuracy, and the GPs got it right 82% of the time, but Babylon only managed to accurately suggest a condition in a third of cases.

We’ve previously put symptom checkers to the test and got different responses for the same medical queries from each one.

It’s important to note that Ada, Babylon, and WebMD all emphasise that they shouldn’t be used as tools for diagnosis, though we can’t help but think this is how most people will approach them in reality.

Medical apps at a glance

Find out more about the benefits and limitations of three popular medical apps, Ada, Babylon and WebMD. 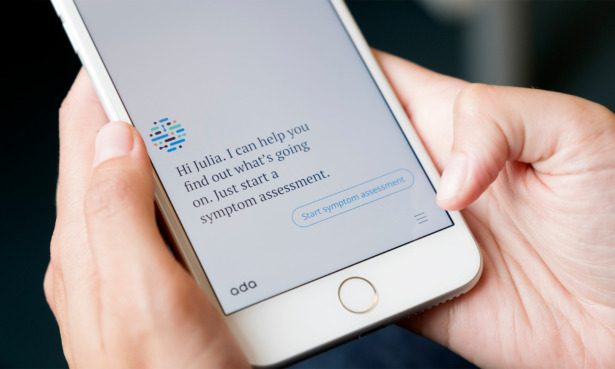 Ada is a well-designed, simple-to-use AI chatbot that asks you personalised questions about your symptoms and then comes up with possible causes. The more you use the app, the more Ada gets to know you and can refine its suggestions.

Overall, Ada’s pretty up front about what it can and can’t do, and why it’s telling you what it does.

It then tells you which of your symptoms relates to each condition and how many people out of 100 with your same symptoms had the condition.

Ada started off as an assistant triage tool for doctors, rather than a patient-facing product, so it is rooted in some clinical evidence. 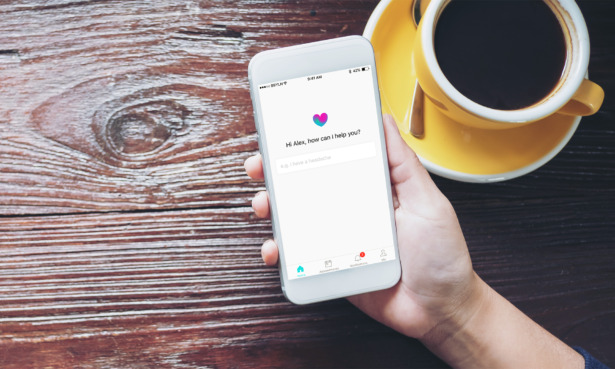 Babylon is one of the biggest players in health tech in the UK. It provides a private doctor service through its app (which also covers physio, therapy and specialist consultations), and also owns GP at Hand, the virtual NHS practice.

For many busy, tech-savvy people with disposable income, Babylon’s offer of speedy, remote medical consultations is exactly what the doctor ordered.

But some in the medical profession have reservations about the tech-company privatisation of medicine that Babylon represents and are wary of its inroads into the NHS.

In addition to real appointments, Babylon’s app also has a symptom checker, and tracking functions for mood and weight.

The Babylon app is fairly intuitive to use, although it feels like you’re bombarded with information. It’s a little less slick than Ada.

Actual appointments cost £50 a pop, which feels steep, but is evidently the cost of convenience. 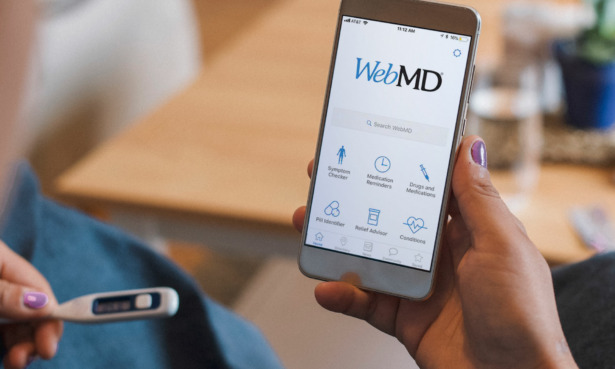 In some ways the original digital doctor, WebMD has made it into the collective consciousness as the go-to consultant for everything from a persistent headache to an unsightly rash.

Its app carries on that legacy with a symptom checker as its main function, although it feels more rudimentary than Ada and Babylon.

It just asks you to select the body part that’s bothering you and choose symptoms from a list – no detailed or personalised questions.

This makes it much clearer what the limitations of tools like these are. But it also feels unhelpfully broad.

The WebMD website is a publishing platform for health articles and advice, and it also offers the symptom checker as well as other health tools like calorie counting, fitness tracking and an ovulation tracker. 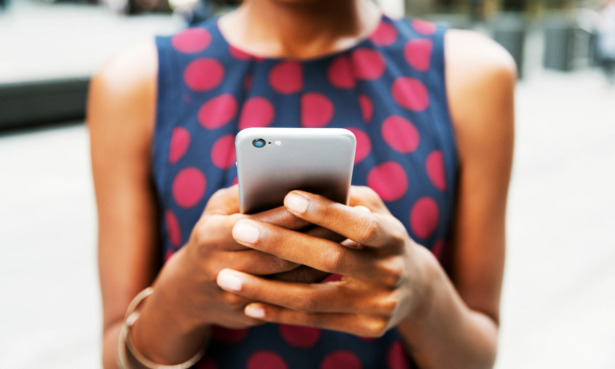 How safe is your medical data?

Even if they’re not perfect right now, there’s great potential for apps to help deal with medical queries more regularly in the future. As such, knowing that any sensitive health data you do release is under lock and key is an important consideration.

Unfortunately, we’ve found that there could be more than a misdiagnosed symptom to worry about if you’re replacing an in-person visit with a phone.

In January 2021, we asked security research specialists 6point6 to assess health apps (including Ada, Babylon, and WebMD) and their associated websites for how well they protect your privacy and security.

We looked at what permissions the apps request, how many cookies they’re using to track you online and whether their privacy policies are compliant with GDPR.

Thankfully, no major security flaws were detected for these three apps, but there are some common issues between them that we’d like to see fixed.

Poor passwords are a no-go for anyone with half a mind on security, so setting a strong password for any services that deal with personal data is a must. However, all three apps accept ‘password1’ as a password, and none provide two-factor authentication to provide additional account security.

You’ll also want to minimise the amount of data you give up, but WebMD uses a high number of tracking cookies on its website: there are 56 of them following you around on WebMD.com. Babylon’s website uses 20, which is also more than we’d like to see. Ada uses none.

We were also sceptical about why Babylon’s Android app requires 30 permissions, which was the highest of all the apps we looked at.

Which? believes that apps should more clearly acknowledge the limitations of their service so that users are aware of what they’re likely to get, as well as being clear on what data they collect and who they share it with. Basic security principles should also be an absolute minimum, including requiring strong passwords to be set, and encryption of sensitive data.

For tips on how to safeguard your information when using apps that might process sensitive data, read our story on health apps and security.

What the companies said

Babylon told us it takes its responsibility as a healthcare provider extremely seriously and has built its services with user privacy and data security at heart. It told us it’s fully committed to ensuring the security of members’ data, and as a result constantly assesses and subsequently enhances the protections in place.

Ada Health told us that it’s reviewing its authentication process to provide an even more secure user experience. It said two-factor authentication will be available soon.

WebMD did not respond to our requests for comment.