You needn’t travel too far to the past to find a time when the first step on a journey involved flicking through the AA Road Atlas. Now, most of us get into the car, type our destination into Google Maps on our phone and drive.

Google Maps is one of the most popular navigation apps around, but there are plenty of rivals that bring their own unique features to the table. For example, Waze uses crowdsourced information to help you avoid hazards, while the Citymapper app makes public transport networks easier to understand.

Below, we’ve rounded up some mobile apps for iOS and Android that can help you get from A to B without a fuss.

Which? Best Buy sat navs – if you don’t want to rely on your smartphone all the time, invest in a reliable sat nav

Five Google Maps alternatives that you can download for free 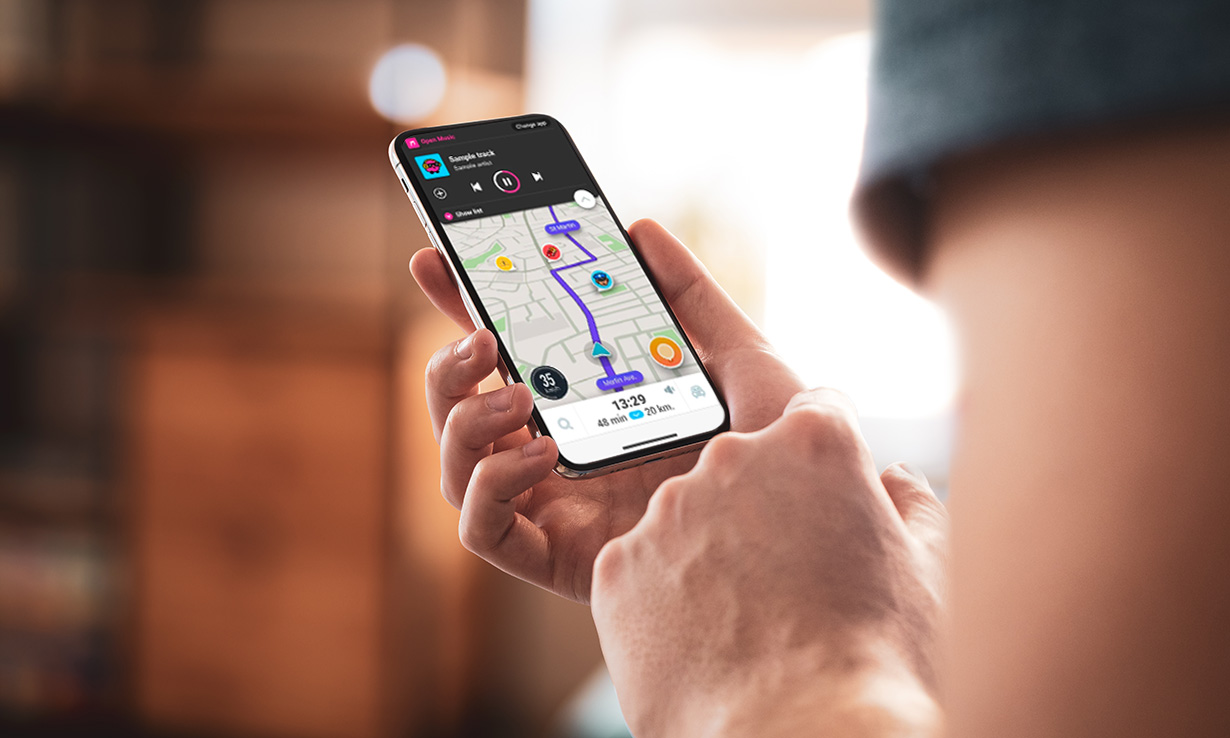 At a glance: a free app that uses reports from other drivers to warn you about traffic, police and hazards.

While Google Maps relies on official data from transport agencies, it has a scrappier younger sibling called Waze. Designed with drivers in mind, this free Google Maps alternative relies on crowdsourcing for identifying traffic jams, road closures and other problems.

According to people who use it, this makes it quicker than Google, because a jam might not be immediately spotted by officials.

Waze is also more customisable: if you’ve ever fancied being given directions by Morgan Freeman or Jeremy Clarkson, you can download their special celebrity voice packs to change the voice to use their familiar tones instead.

Other Waze features include built-in support for your music and podcast apps (so you don’t need to exit the app to control your audio), plus live speed limit information. 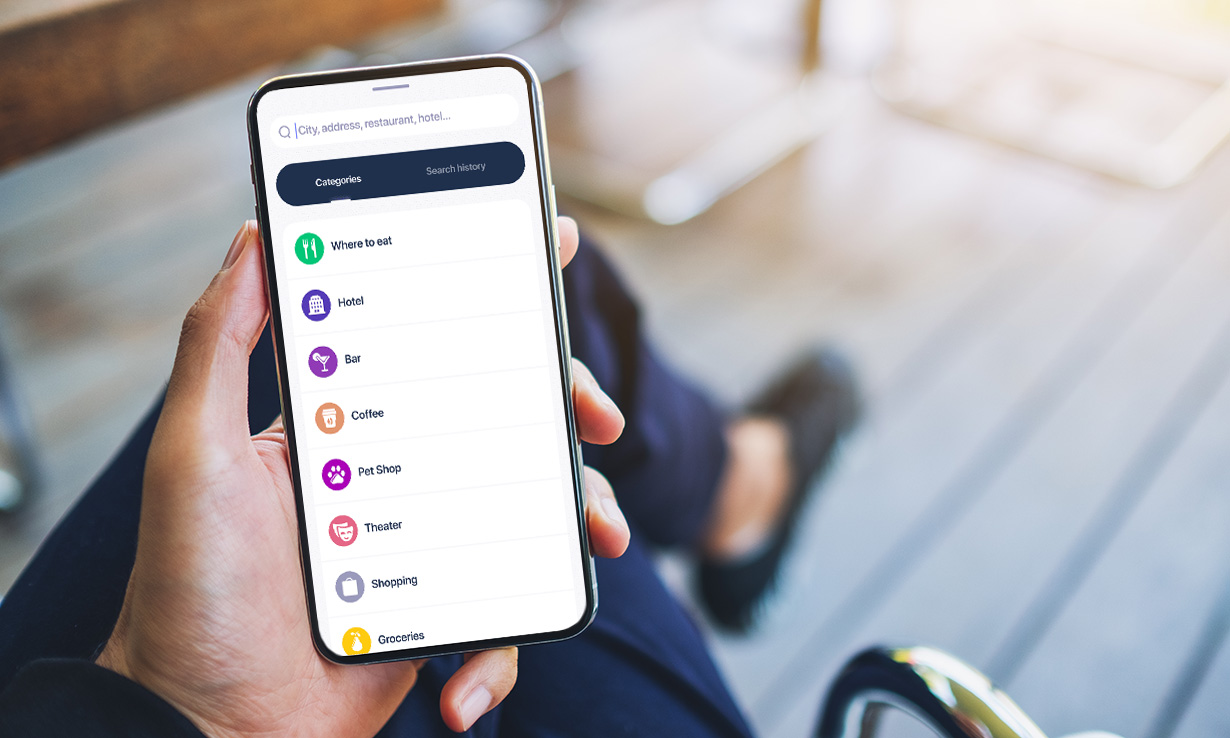 At a glance: a navigation app that lets you download maps ahead of time so you can navigate in areas without signal.

Mapping apps are great, right up until the moment when you lose a data connection. And this is why if you’re going off the beaten track, or to a country where you don’t have a data plan to use, you should consider downloading Maps.me before you go.

Maps.me will allow you to download offline maps to your phone. For finding your way it isn’t quite as reliable as Google – it once led this author down a dirt path blocked by cows in Romania instead of sticking to the motorway, for example – but for those situations where you’re disconnected, it’s certainly better than getting completely lost.

This mobile app also offers up directions to points of interest and hiking trails, along with a search function that lets you discover nearby restaurants, cafes, hotels and tourist attractions. 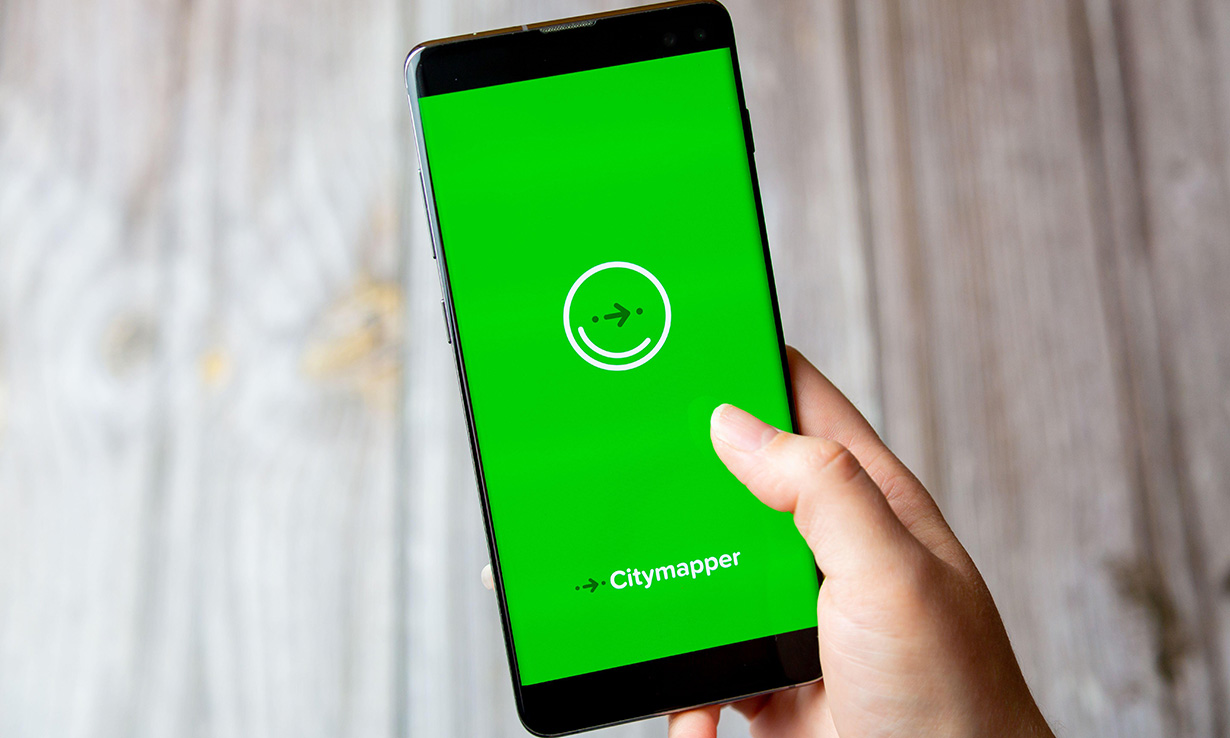 At a glance: compare your travel options and access turn-by-turn directions when using public transport.

And this is where Citymapper is excellent: tell it where you want to go, and it will show you how to get there on the train, bus, bike, taxi – or even combinations of all four. The app is fed with live data, so if a train line is experiencing delays, it will know that and suggest a quicker route to take instead. Citymapper will even show you where on the platform to stand if you want a super-quick exit at your destination. 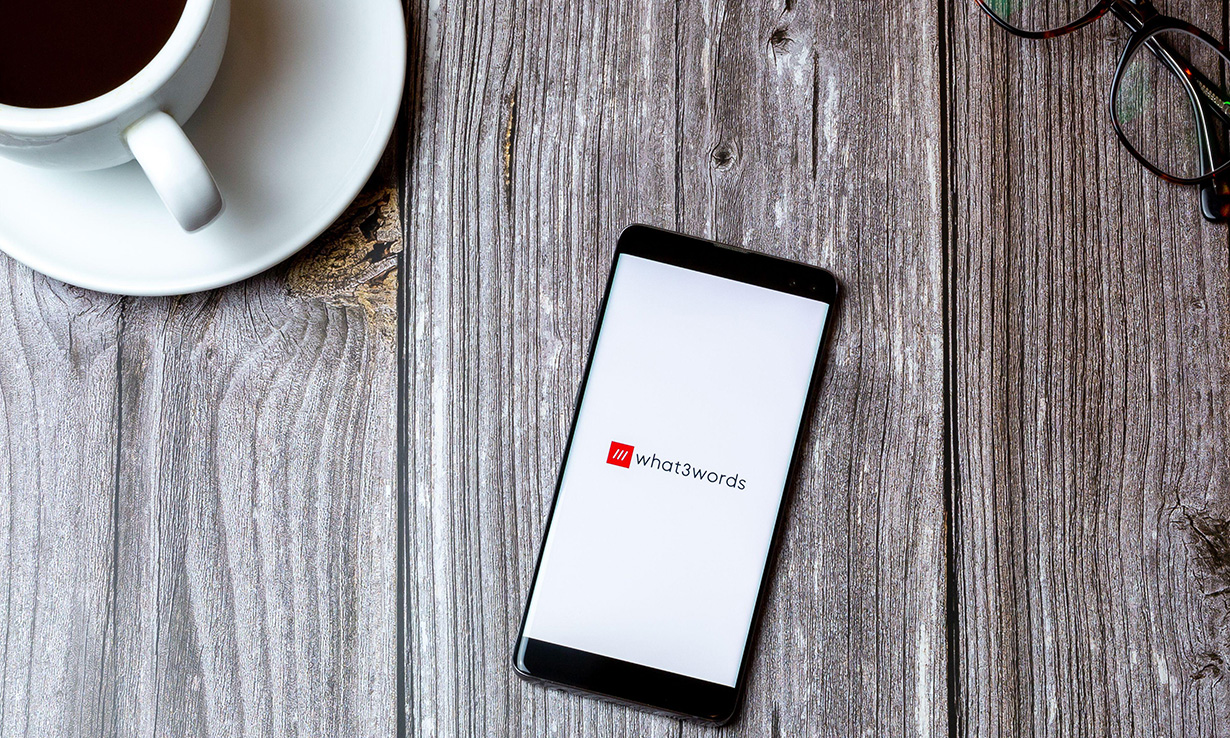 At a glance: find, share and save precise locations using a unique code made up of three words.

What should you do if you’re stuck in a remote location and need to direct a rescue team? If there are no roads or landmarks nearby, this is tricky. One option is to share GPS co-ordinates, but these would be a nightmare to read out over the phone. Another option is an app called what3words.

The idea is simple: the entire map of the world is divided up into tiny squares, and each square has a unique name made up of three ordinary words. So instead of having to laboriously give your location as ‘10 Downing Street, London, SW1A 2AA’, you can simply say that you’re at ‘slurs.this.shark’. 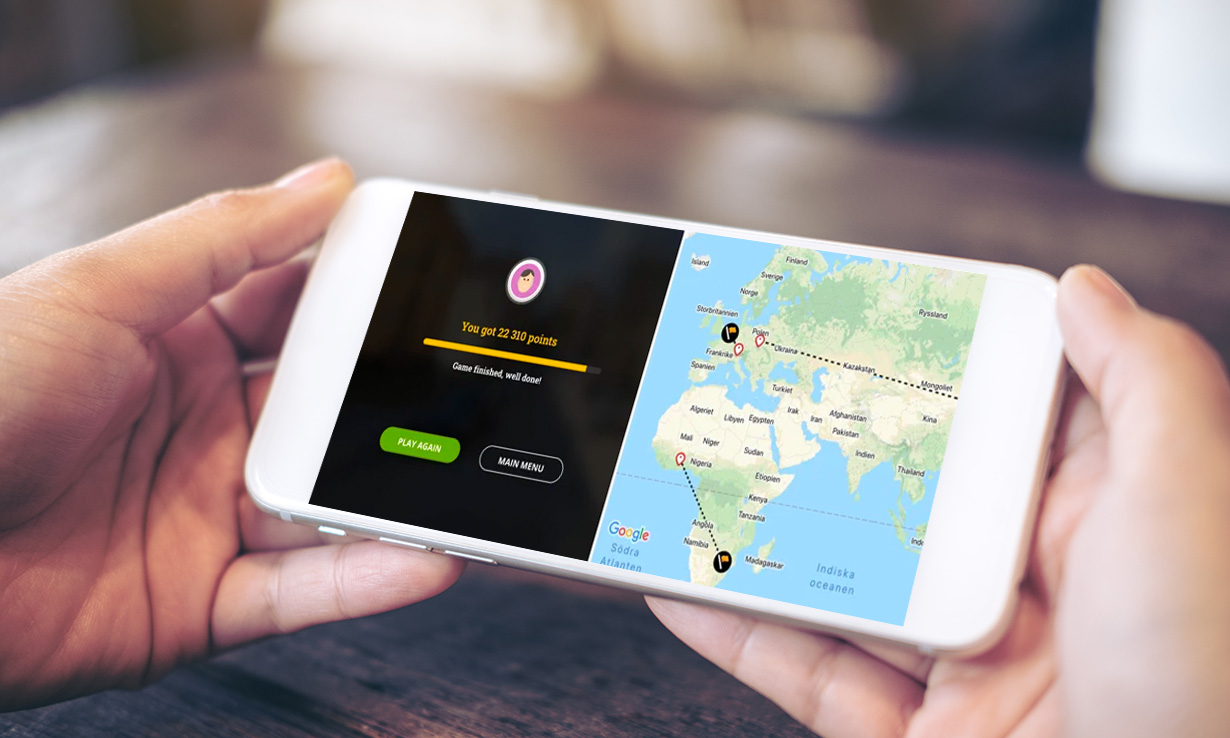 At a glance: a smartphone game that plonks you in a random part of the world and asks you to guess where you are.

GeoGuessr isn’t a navigation app – instead, it’s an addictive guessing game available both as an app and on the web

As a player, you’re virtually parachuted into a random location from Google Street View, and your goal is to guess where you are by placing a pin on a map. It’s fiendishly addictive, as the more you play the more you discover the subtle differences between places to narrow your guesses down.

Play enough and you’ll tell the difference between Turkish and Greek number plates, and the trees that differentiate Canada from Norway.

How do our smartphones track us down?

Google Maps knows exactly where you are when you tap the pinpoint icon on the app – It all starts with the Global Positioning System (GPS) satellites that orbit the Earth. Normally, there are somewhere between 24 and 30 in operation at any one time to ensure the entire globe is covered.

GPS requires rockets to be launched regularly as older satellites are replaced with new ones. But for all of the space-age technology involved, the GPS chip in your phone calculates your position using something deceptively simple: time. 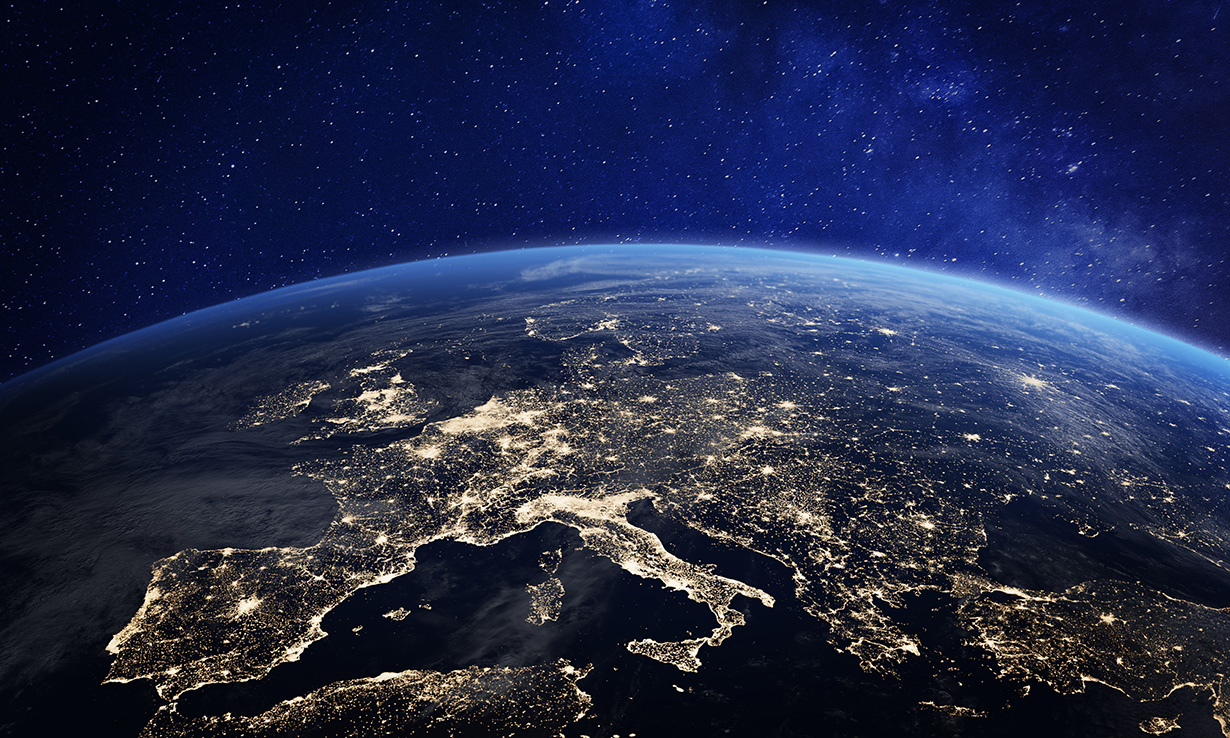 Inside each GPS satellite is a super-accurate atomic clock, and this time signal is broadcast passively by each satellite, along with data on what astronomers call the ‘ephemeris’ – data on the satellite’s orbital path. So when you pull out your phone, the GPS chip inside isn’t making a connection with the satellite: it’s simply listening and receiving signals, much like a TV does.

Once a GPS device receives a time signal from at least three satellites, it can calculate where you are by comparing the microsecond differences in the time signals it’s receiving: if the signal takes longer to arrive, the satellite is further away. Using the combination of three different time signals, knowing the position in the sky they’re coming from, the device uses them to calculate your position relative to them.

Sat navs in the Which? test lab

If you prefer more of a permanent setup in your vehicle, you may want to use a mounted sat nav instead of your smartphone.

To see which sat navs you can rely on, we run a series of tests on every model that reaches the Which? test lab. We consider the quality of onscreen and spoken instructions, along with how easy the sat nav is to use on a daily basis.

Our experts check how well each sat nav deals with route alterations – high-scoring models will suggest an alternative diversion within seconds.

Thinking of investing in a sat nav? Discover which models from big-name brands we rate highly with our guide on the top five sat navs for 2021.