Hundreds of thousands of married, widowed, and divorced women are being given decades’ worth of backdated state pension payments from the government. But Which? has heard from one woman who’s only getting a year’s worth due to an unforeseen legal barrier – and it’s something that many more women could face.

Earlier this year, the Department for Work and Pensions (DWP) revealed that 200,000 eligible women who hit state pension age before April 2016 could automatically get backdated payments totaling nearly £3bn by the end of 2023. Many women have been left short-changed due to complex rules about women’s entitlement under the old state pension system and computer errors by the DWP.

Pensions consultancy Lane, Clark & Peacock (LCP)  – which first raised the issue – has since discovered that around 50,000 more women could be entitled to backdated payments, who were unaware they needed to make a separate claim for an uplift they were entitled to before 2008, when this process became automatic. Under current law, people making uplift claims today are limited to backdating no more than 12 months’ worth of payments.

Here, Which? explains why this is the case and shares the story of one pensioner who is going to a tribunal to argue her case for a full, backdated payment for herself, hoping that it will also help others affected by the same issue.

Video: which women are eligible for backdated state pension payments?

You can find out more about which groups of women are eligible for backdated payments and how to check this in our new explainer video below, which also provides useful contacts and websites if you need additional assistance.

Why are some women only being given a year’s worth of backdated payments?

A DWP spokesperson told Which?: ‘The action we’re taking now will correct the historical underpayments that have been made by successive governments and anyone impacted will be contacted by us to ensure they receive all that they’re owed.

However, we spoke to one pensioner who says she never received any correspondence from the DWP.

Janice Tiernan: ‘The money would have made such a difference to our lives’ 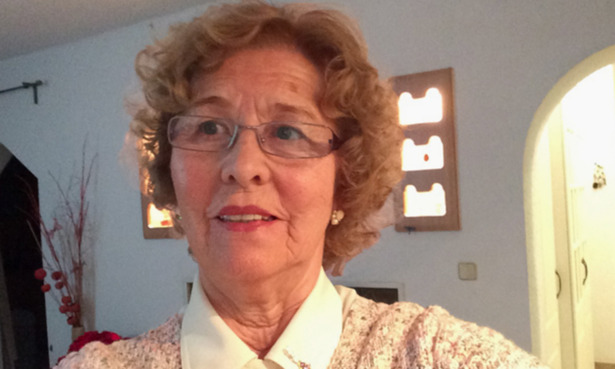 Janice Tiernan, an 80-year-old pensioner from Thornton, a village in Fife, Scotland, retired from her family business Decorland at 73.

Janice found out that she could be eligible for backdated payments two years ago. She discovered she could have received £30 a week extra in state pension payments, if she’d known she was eligible to do so, as her husband, Roy, turned 65 in June 2006.

Janice phoned the DWP to see if she was eligible for backdated payments and was told she wasn’t. So she wrote the department a letter, and before a response was given, she’d discovered it had put £1,260 into her account.

A few days later, the letter came saying that the DWP would pay her a year’s worth of backdated payments.

Janice told Which?: ‘I sent letters and said I didn’t understand the one lump sum I got, when it should be probably thousands of pounds at £30 per week.’

Janice was then given a further £600 lump sum from the DWP.

‘I didn’t know I had to claim’

Janice says that she never received a letter to say she could get an uplift, so she didn’t know she had to claim.

‘They knew I was getting a pension. Why did Roy need to tell them?’, she asks.

Janice adds: ‘I received a letter that said an invitation to claim a state pension is a helpful service provided by the government and not a mandatory requirement. It also said the onus lies on the customer to make a claim to all benefits, including a state pension.’

Janice says DWP couldn’t clarify if it had issued a claim form to Janice and her husband.

Janice says there have been 78 pages of back and forth correspondence with DWP over two years, in which she’s been fighting to get the full, backdated state pension she feels she’s owed.

‘I think the DWP has got fed up with me and it’s put my case to a tribunal in Glasgow,’ Janice says.

‘I wasn’t desperate for the money, but many people probably were’

Janice admits she wasn’t desperate for the money, ‘but many other people probably were’.

However, she notes: ‘My husband has Alzheimer’s and I don’t want to play on that. But at 80 years old, it’s two years more down the line since we found out that I could claim. I believe it was around £16,000 I could have gotten if I got all of the backdated payment, and what a difference that would have made to our lives.’

Janice hopes to win her case, so it can also help other women affected.

Is a win on the cards for the women affected?

The DWP has been clear that the rules for the 12-month backdating is a long-standing element of social security law and there are no plans to change this position.

However, LCP partner and former pensions minister, Steve Webb, notes that there could be a loophole.

He says that one way to challenge the DWP is to accuse it of ‘maladministration’, which then goes to the Parliamentary Ombudsman.

The argument is that people like Janice lost out because DWP ran a poor system and didn’t effectively communicate with people.

Steve Webb told us: ‘A separate option is to argue that DWP has interpreted the law incorrectly – this is where the tribunal comes in. Mrs Tiernan is going to something called a “lower tribunal” where the odds are very heavily against her, not least because more-or-less identical cases have also gone against people.’

He adds: ‘If the DWP had simply written to these women to tell them that they needed to claim, this problem could have been avoided, but it never did so. I will continue to fight this injustice by whatever means are available as these women have lost out on thousands of pounds through no fault of their own.’

Where can I find out more about the state pension?