Your electric car’s battery is already at 60%. It’s getting late and there’s still another hour of driving to do yet – but then, disaster. A standstill traffic jam. You’re not going anywhere soon and naturally your eyes drift to how much battery power you have left. Will your electric car make it?

Electric cars are still relatively new and there is a lot of misinformation out there about battery range, including dystopian style warnings of dormant electric cars strewn across our roads because the air-con (or lights, or similar) drained the battery in a traffic jam.

But is this for real or can electric cars cope in dormant traffic? We put it to the test and simulated a traffic jam in an electric SUV, the VW ID.4.

Scroll down to see our video and find out what happened.

Electric cars and traffic jams – here’s what we did

Coming to a halt in a traffic jam in an electric car can be nerve wracking, and you’ll likely question whether you can still listen to the radio or keep the air-con going.

We simulated a traffic jam in a VW ID.4 electric SUV and had:

And here’s what happened:

Video: will an electric car run out of battery in traffic?

As you can see in our video, above, in just over an hour and 15 minutes:

We then took the car for a short drive to make sure the car hadn’t given us an overly optimistic remaining range based on the car’s lack of movement. In this case, it hadn’t.

In short, a very small amount of the electric car’s battery was used to keep the car comfortable.

However, this was on a summer’s day. Cold weather will have more of an affect on the car’s power usage as batteries don’t like the cold.

We’ll return to this subject in winter, when the temperature starts dropping, to look at what happens.

The VW ID.4’s battery may have lived up to our traffic jam challenge, but what’s it like to drive and does its range meet VW’s claims? Find out in our expert, independent Volkswagen ID.4 review.

What happens if my electric car runs out of charge?

There will be cases of people in electric vehicles (EVs) running out of charge.

Perhaps someone had set off without much charge in their battery, or had problems using a public charger and were trying to get to the next charger and fell short – see our news story on five problems with public car charging and how to fix them.

An electric car running out of juice is potentially problematic. A little known fact about EVs is that they can’t be towed. So if you were to somehow run out of battery, you can’t hook up a tow rope and be dragged the final leg to a charger.

Instead you need a breakdown service to retrieve your car for you, or possibly even charge it on the spot. 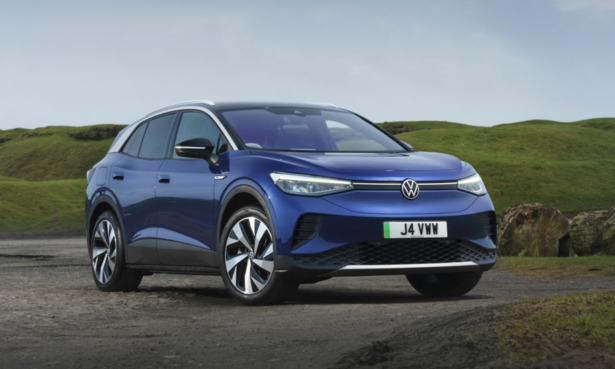 Your EV should give ample warning as the battery starts to empty, making you aware of your need to find a charger. If the worst happens, an EV’s so-called ‘turtle mode’ (also called tortoise mode) will kick in before the car cuts out to allow you to pull over, out of traffic’s way.

In the ID.4 we drove for this video, according to the manual, a yellow tortoise symbol will show on the dashboard to indicate the car has gone in to a restricted power mode, and then will turn red to indicate that deactivation of the drive is imminent due to a very low battery.

When it’s red, you will only be able to move the car at speeds of up to 4mph, and start the car twice if already deactivated.

So while a traffic jam may not have the draining effect that some say it does, it is still important to keep an eye on your car’s remaining state of charge (SOC) and plan to reach a charger with a healthy buffer of charge, just in case.

Not yet ready for an electric car? See our expert pick of the best hybrid cars.