Homemade pizza is delicious, easy and rewarding to make from scratch, but with endless recipes to choose from it can be tricky to know precisely what ingredients you should be using.

Flour is the bedrock of what makes great pizza dough and from bog-standard plain flour to Neapolitan 00 flour, there are a variety of flour types to choose from.

We tried cooking pizzas with 00 flour and strong white flour in a kitchen oven and a wood-fired pizza oven, and blind-tasted them to see how they compare.

Find out the differences between the most commonly used pizza flours, tips for making great pizza at home and how which flour you choose could impact how your pizza turns out. 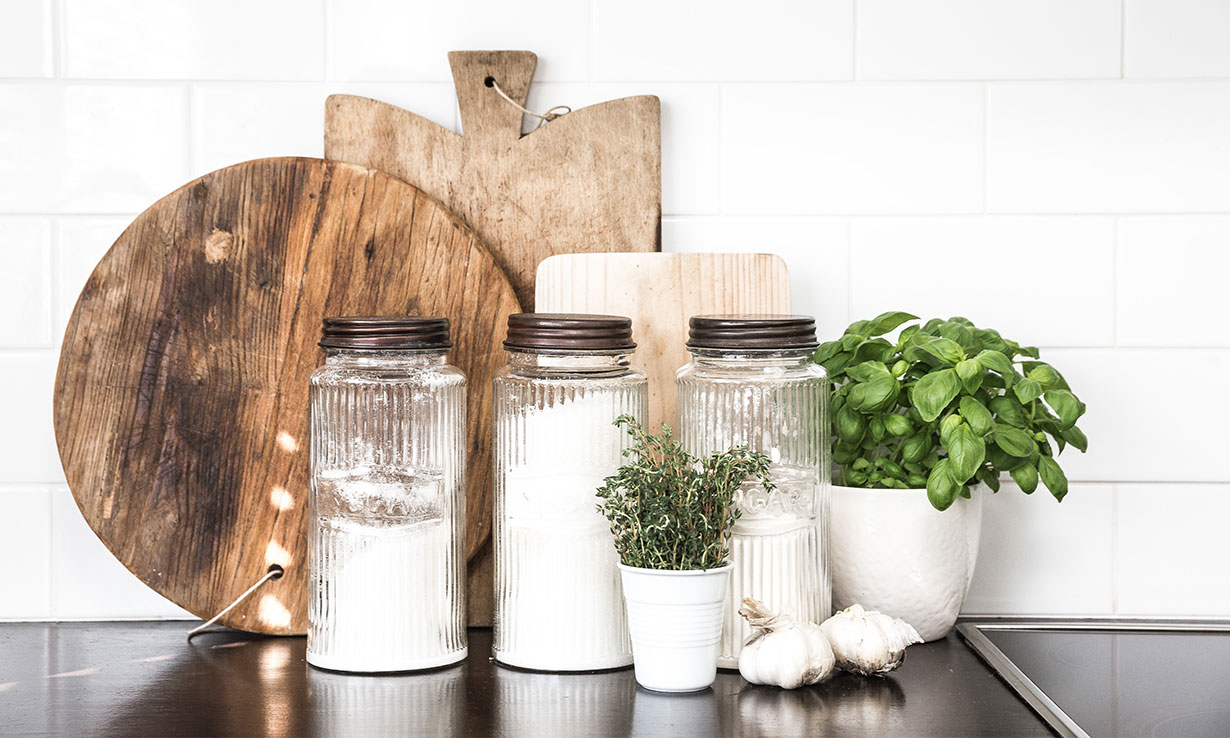 What flour should you use for pizza?

When it comes to picking the best flour for your pizza the key things to pinpoint are the flour’s protein content and your desired dough proving times.

Gluten is what controls the pizza’s texture, chewiness and elasticity, and it forms when wheat proteins in the flour mix with water.

You can find the percentage of protein in flour by checking the nutritional information on the packaging and spotting the protein content per 100g.

The more protein rich your flour is, the more gluten will be produced. High-gluten pizza dough will be strong, stretchy and will resist tearing when you mould it into shape.

In order to get a desirable puffy crust and base you need to let your dough prove. However, gluten degrades over time, so you’ll need to both prove your dough for enough time, but not so long that the gluten degrades.

High-protein flours mean more gluten and therefore a longer proving time. If you end proving too soon, the gluten in your dough will resist moulding, so your dough will bounce back into a ball every time you try to stretch it.

There are benefits to needing longer proving times – the crust will be puffier, and the dough will have longer to ferment and impart more delicious flavours into your pizza base.

Not everyone wants to wait for proving times of 24 hours or more, though, so some the best pizza flours are those with lower protein content and shorter proving times. However, this may limit the flavour of the dough and a more brittle pizza crust is likely. 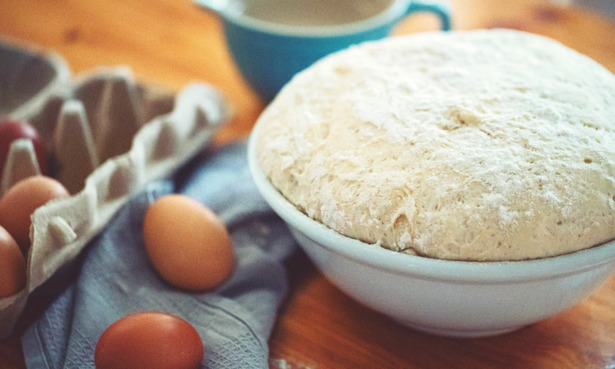 Below, we’ve listed four popular flour types to help you choose, along with typical protein content and recommended proving times.

Very finely milled and often lauded as the best flour for making classic Neapolitan-style pizza with extra puffy crusts, 00 flour has varying protein content from medium to high, typically at around 12.5% to 14%. Depending on where your percentage falls, a proving time of one to three days is recommended.

Dough made from 00 flour is best cooked with fire rather than electricity, so you probably won’t get the best out of 00 flour in a conventional kitchen oven.

00 flour is also trickier to find than most other flours, as it’s more likely to be sold in specialist Italian food shops rather than supermarket shelves, and it’s usually more expensive.

The go-to flour for baking bread, strong white flour is the most popular choice for making pizza at home. With around 12% protein, a proving time of 24 hours is recommended at room temperature.

There’s also ‘very strong white flour’, which has a higher protein content of around 14%. This will need a longer proving time of at least two days.

Whichever type you use, you can allow the flavours to develop for longer by giving your dough a ‘slow ferment’ of two or three days in the fridge. This will slow down the fermentation process and give the gluten a longer life, developing even richer flavours.

The high gluten content can make this dough difficult to handle, though, so make sure to prove it for long enough. And if coming out the fridge, let it return to room temperature before moulding.

Usually best for baking cakes, plain flour has a low protein content of about 9.5%. If you like your pizza base extra crispy and not chewy it’s a solid choice, but as it won’t produce much gluten you can’t prove it for more than a few hours.

Short proving times also limit the complexity of flavours in the dough and will leave you with a sufficient, but basic crust. Plain flour will do the job, but won’t set the world alight.

If you’re determined to make your pizza healthier, high-fibre wholemeal flour can be used to make pizza dough. It has a similar protein content to strong white flour at around 12%, so a proving time of around 24 hours at room temperature is recommended.

However, it’s best to bake with a blend of wholemeal flour and strong white flour rather than 100% wholemeal.

Wholemeal flour is much more dense and heavy, so using it exclusively will result in a flat and dense crust.

Does the flour change how the pizza tastes?

The texture and ease of stretching are all well and good, but does choosing a certain flour really impact the flavour of your pizza that much?

To find out, in our recent pizza oven tests we blind-tasted pizzas made with strong white flour and 00 flour, and found it much easier to split the pizzas on texture rather than flavour.

The pizzas were made using the same method, quantities and proving times, and both flours had the same protein content.

Our tasters struggled to pinpoint the differences in flavour when the pizzas were cooked in a wood-fired oven (pictured above) and there was a mixture of results in terms of preference.

The texture, however, was noticeably different. The pizza made from 00 flour was lighter and had more little air pockets in the crust, whereas the strong white flour-based pizza was slightly thicker and heavier.

Ultimately, deciding which of those results are better depends on the type of pizza you’re aiming to cook.

00 flour is better for light and puffy Neapolitan-style pizzas you’d eat with a knife and fork, whereas New York-style pizzas you pick up with your hands are best made with strong white flour.

All this making you hungry? Check out which brands came out top when we taste tested frozen pepperoni pizzas 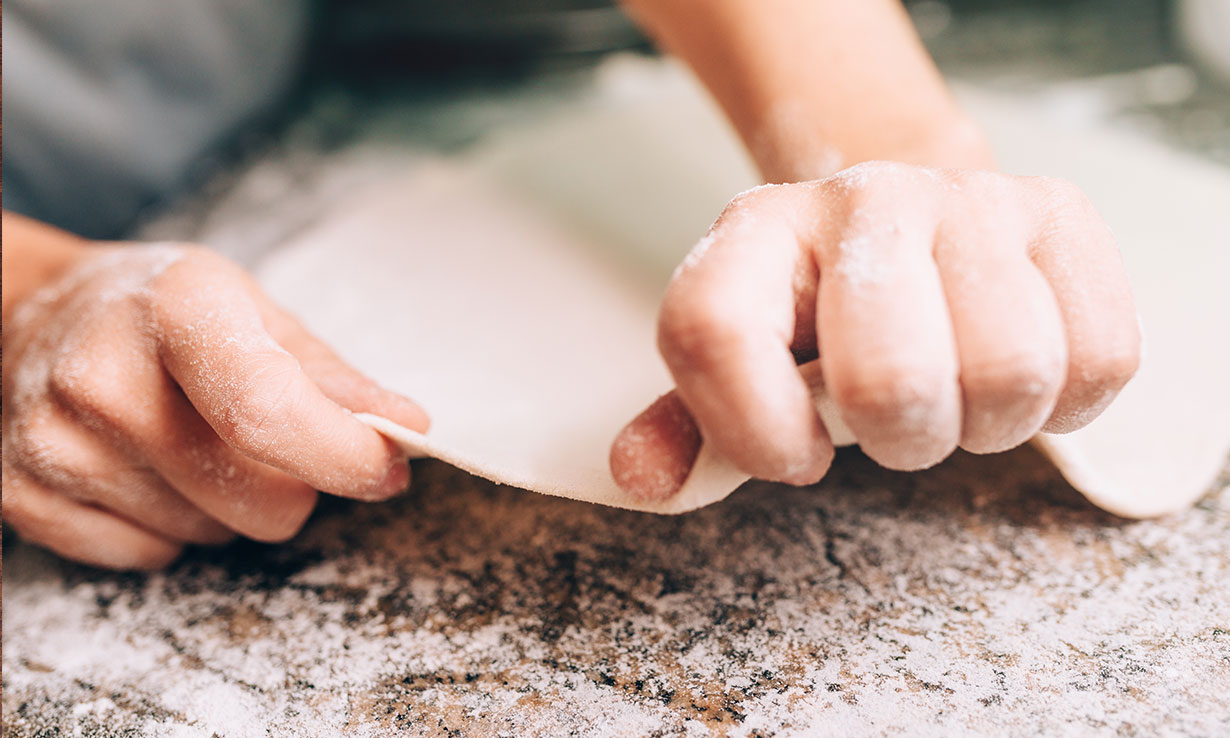 If you prefer a less traditional method of making pizza dough, check out our bread maker reviews to see which ones we recommend