October half term is fast approaching, along with the inevitable quest for diverting days out. If you’re looking for ways to keep the kids entertained during their time off this autumn, you’ll find plenty of family-friendly activities on offer across the UK.

With no current mention of restrictions returning for the October week off school, it’s the ideal time for your family to let off some steam and spend some quality time outside of the house. And where better to track down fun-filled activities than at the UK’s top attractions?

Back in 2020, 5,402 Which? readers rated historic attractions all over the country for factors including their value for money, how engaging they are and their facilities. We’ve scoured the top 25 of those attractions to find which are hosting events this October for visitors.

From an illuminations trail after dark at Polesden Lacey in Surrey to a Halloween quest at Dover Castle in Kent, we found 11 events across the UK for families to enjoy.

Because the events take place at some of Which? readers’ best-rated attractions, you can be sure that once you’ve finished enjoying the activity on offer, you can spend the rest of your day out exploring the surroundings and learning about the past.

Whether you’re horrifying yourself with the gruesome history of the Tower of London, or indulging in simpler pleasures like the serene pools, statues and follies at Fountains Abbey, there’s more than enough to occupy the whole family and while away those half-term days. 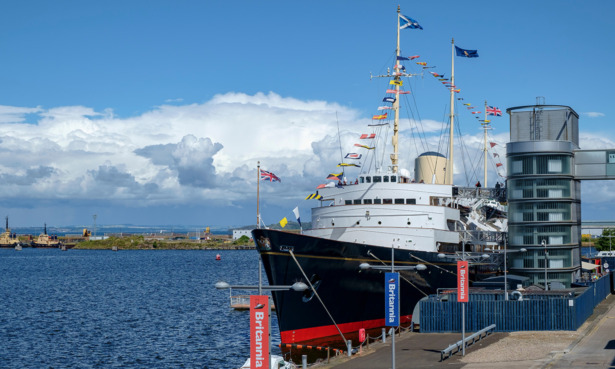 Dates: All year round.

Event times: You can start the Corgi hunt any time during your visit.

Price: Included with the ticket price, which is £17 per adult, £8.75 for children and free for under fives.

The Royal Yacht Britannia was rated the best historic attraction in the UK by Which? readers in 2020, so it’s worth a visit. Kids will be occupied looking out for Clarence the cuddly toy Corgi, giving adults the chance to enjoy touring the residence, which once belonged to the Royal Family. The character is hidden at various spots across five decks, encouraging younger visitors to hunt far and wide while learning about the history of the yacht through a specially designed children’s audio guide. And, at the end, kids who spotted Clarence can claim a prize badge.

Which? readers rated cities in the UK for the likes of cultural sights and attractions, food and drink and more. See how Edinburgh fared in our best and worst UK city break survey results. 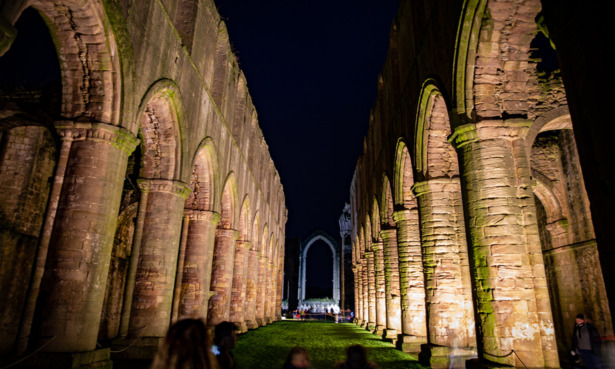 Marvel at this spectacular historic attraction at the return of Fountain Abbey’s annual event in which its ruins are illuminated after dark.

As you wander the abbey, which was founded by Benedictine monks in 1132, you can listen to the sounds of a choir or band performing in the Cellarium (you can find out which to expect on the date of your visit here).

Peckish patrons can head over to the local pop-up eateries in Mill Yard across from the abbey, which include Pie and Tap, Toast of Harrogate and Posh Dogs.

While suitable for all ages, National Trust told us that the event is particularly family focused, giving ample opportunity for younger visitors to chase the shadows of the abbey in the dark.

Ghost Raiders at the Tower of London, London 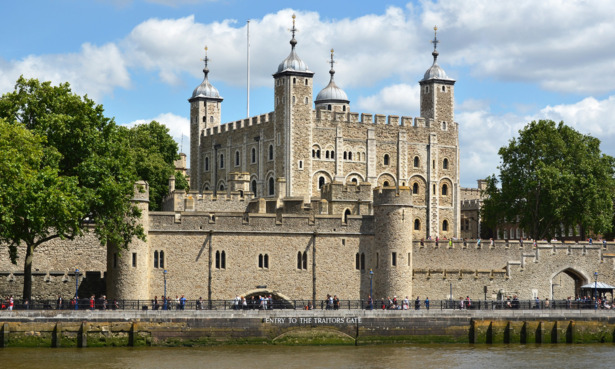 Price: The event is included with entry price, which is £29.90 for adults, £14.90 for kids and free for under fives. Discounted family tickets available.

Do you need to prebook? It’s advisable to guarantee entry.

This half term, spirits of the Tower of London have been ‘inadvertently released’ and are roaming the castle. The task for half-term visitors? Save the tower by breaking codes and solving problems.

Families can begin the activity at any time, guiding themselves around the ‘haunted’ trail with help from live actors.

Year-round, the Tower of London is rated highly by Which? readers, who awarded it five stars for engagement in our historic attractions survey. So once the trail is over, there’s plenty to keep you entertained, from meeting friendly Beefeaters to gawping at the crown jewels.

Book tickets to the Tower of London

The Wizards of Once Halloween Quest at Dover Castle, Kent 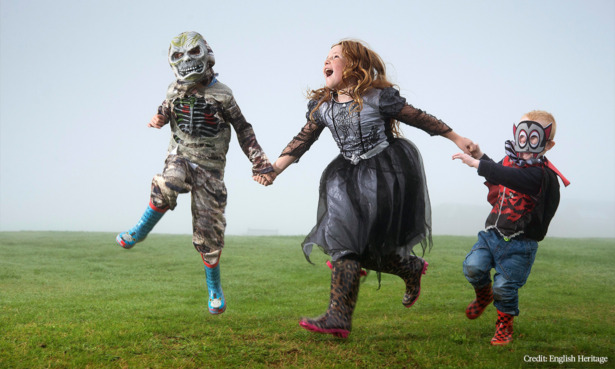 Event times: Begin the quest at any time during opening hours.

Price: Included within the castle entrance fee, which is £23.10 per adult and £13.90 per child. Discounted family tickets available.

Do you need to prebook? No, but it’s advisable to guarantee entry.

At Dover Castle, kids can take part in a self-guided adventure trail inspired by Cressida Cowell’s Wizards of Once series. They’ll locate clues, as well as ingredients for a spell along the route in order to get rid of the witches and uncover the whereabouts of the Cup of Second Chances.

Kids can attend in frightful fancy dress if they wish. We’re told prizes are awarded for the best-dressed.

Searching for family days out in half term that are cheaper? Take a look at our round-up of value for money days out in the UK – some are completely free 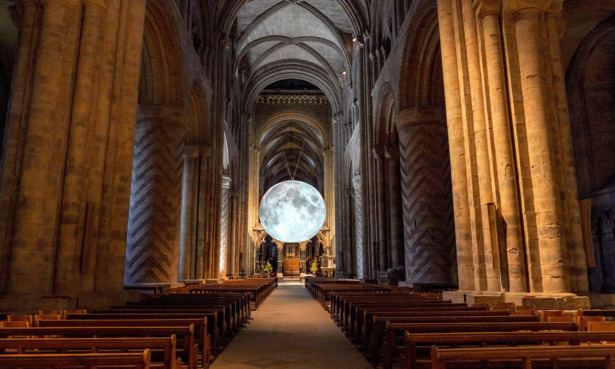 Do you need to prebook? It’s strongly advised.

Durham Cathedral’s half-term activities all tie into the Museum of the Moon installation currently glowing in the nave of the cathedral. It’s in place from now until 11 November, and during that time there’s a schedule of events arranged for families. You can watch the installation light up the cathedral at night and attend fascinating talks about female astronomers and the naming of stars.

The silent disco, which welcomes mums, dads, kids and grandparents, is a one-off event taking place on 28 October. Each family member will be provided with headphones and can choose their own tracks to dance and sing along to in moonlit surroundings. 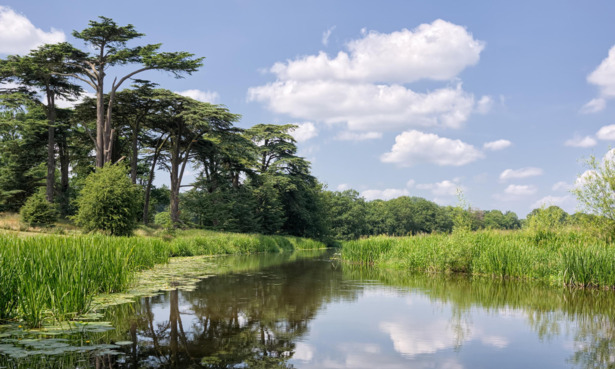 Price: The Woollen Woods walk is included within the entrance fee, which is £15 per adult, £7.50 per child and free for under fives. Discounted family tickets available.

Do you need to prebook? No, you can buy entrance tickets on the door.

This autumn, crocheted, knitted and felted nature-inspired creations will be on display in the woods at Attingham Park.

Families will be able to spot the crafts – which, in previous years included everything from hedgehogs and foxes to spooky Halloween bats and spiders – along a stretch of the self-guided Mile Walk. 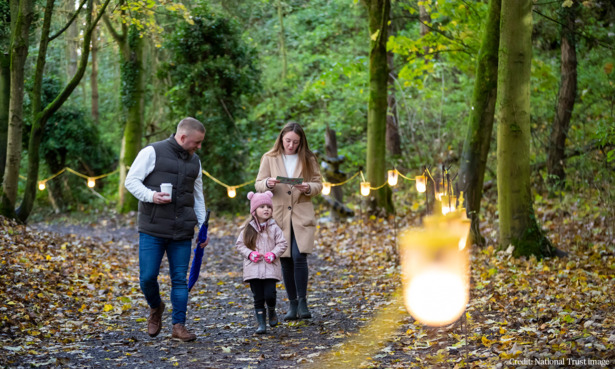 Do you need to pre-book? It is strongly advised.

For this adventure, each child will be provided with a map to help them locate mythical creatures, including fairies, dragons and trolls living in the woods. Kids might spy props and actors to help them along their way. When they’re finished, they’ll be rewarded with a prize. Head off on foot on the Cryptid Safari Trail at a time that suits your family – there are no set start times.

And, for those who work up an appetite on the trail, there’s the chance to indulge in a spooky afternoon tea, complete with ghost meringues, mummified gingerbread men and spooky jelly worms. There’s a more typical menu option (with a creepy twist, of course) on offer for adults too. Available in the Manor restaurant on the same dates as the above event, at an additional cost of £16.50 for children and £28.50 for adults. Prebook afternoon tea here.

Find out how well Which? readers rated Waddeson Manor for food and drink, engagement and more in our historic attractions survey. 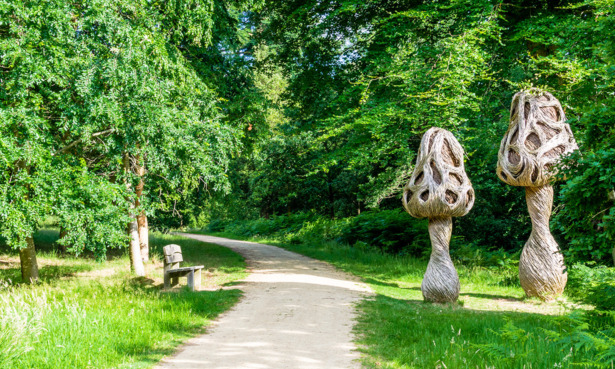 Event times: Start the trail any time during opening hours.

Price: Included with the entrance fee, which is £14.50 per adult, £7.25 for a young person, and free for children up to age 16 who are accompanied by an adult.

Do you need to prebook? It is recommended.

This October Kew’s wild botanic garden in Sussex, Wakehurst, hosts a themed trail, curated especially for fans of The Gruffalo’s Child. The horticulture along the route will replicate the snow-covered landscape of the book, delighting kids and grown-ups alike.

While families head off on the trail through the botanical gardens and atmospheric woodland, they are encouraged to to collect clues to help locate wooden carved characters that feature in The Gruffalo’s Child children’s book, including Fox, Big Bad Mouse and, of course, the Gruffalo himself. 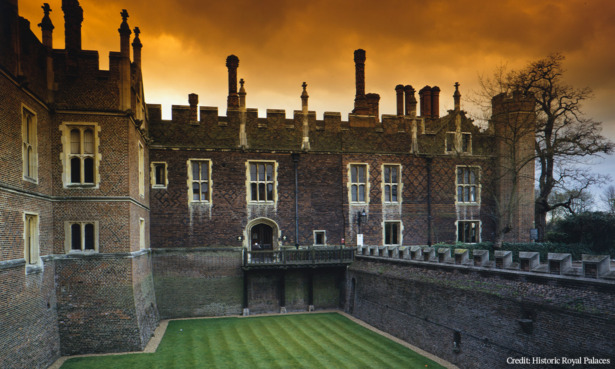 Event times: Start the trail any time during opening hours.

Price: The trail is included in the admission price, which is £25.30 per adult, £12.60 per child and free for under fives. Discounted family tickets available.

This new self-guided trail, suitable for children aged eight and over, will enable families to explore the locations of some of Hampton Court Palace’s most famous ghost stories from across the centuries. Follow clues to track the whereabouts of former palace residents, from a grey-cloaked lady named Sybil Penn, to King Edward VI’s wet nurse. You can choose to encounter a séance summoning former Queen Catherine Howard in her ‘haunted’ chambers if you dare – or skip it if you’re with younger children.

Along the way, the courtyards and cloisters will be decked with Halloween decorations, including intricately carved pumpkins and creepy cobwebs.

Daily ghost stories will also be told in the cellars beneath the Great Hall, which once hosted magnificent banquets and lavish parties.

Discover how well Which? readers rated Hampton Court Palace in our survey for the likes of value for money, engagement and lack of crowds 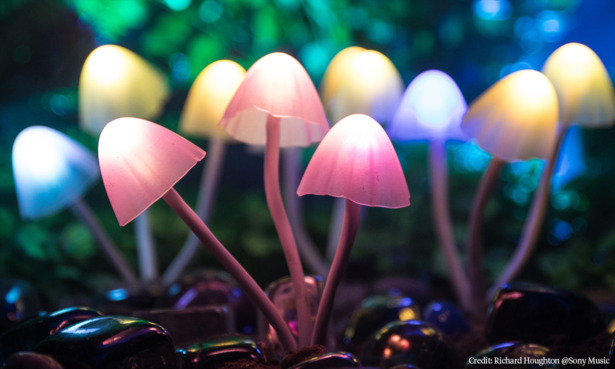 The gardens of Polesdon Lacey will be lit up this autumn, giving visitors the opportunity to experience the attraction after dark.

On the hour-long trail, ticket holders can make their way through tree-lined avenues in the dark, with flickering flames along the route to guide them. As they meander, the grounds will come to life through fire and light installations. Visitors might spot fairies dancing inside lanterns, playful teapots, a river that looks like it’s on fire, and even ‘fire-breathing dragons’.

What about half-term events at attractions in Wales?

None of Wales’ historic attractions that our readers rated scored within the top half of our survey. However, Cardiff Castle was awarded a more than respectable overall score of 78%, so we’ve included an upcoming event taking place there below. 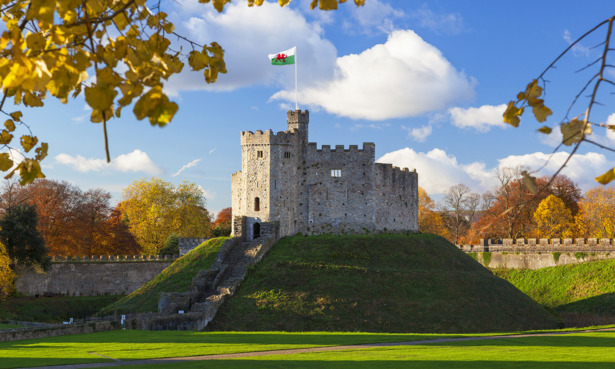 This new, immersive two-hour light show debuts at Cardiff Castle from mid-October. Ticket holders will experience lasers and lights in 360 forms around them, projected onto trees, onto the castle itself, and high into the sky. The show is soundtracked by artists Gruff Rhys, Robert Del Naja and Nick Mulvey and, during special weekend events, musicians will appear to accompany the show live.

What about half-term events at attractions in Northern Ireland?

The Titanic Belfast in Northern Ireland was rated within the top 25 UK historic attractions. However, it does not appear to be hosting any events for families this half term. Still, it’s worth a visit – it impressively scored five out of five for engagement in our survey and an overall customer score of 85%.