Scoring Black Friday bargains can give shoppers a buzz, but it also has serious downsides, new Which? research reveals.

A strikingly high number of shoppers feel rushed into making Black Friday purchases – and many live to regret it, according to a Which? survey of 2,000 members of the UK public in September 2021.

Worryingly, many Black Friday shoppers turn to credit or borrowing money to pay for purchases they couldn’t otherwise afford.

Here, Which? explores the darker side of Black Friday bargains.

Much of the Black Friday adverts you’ll see carry the threat of regret. Banners with phrases like ‘Don’t miss out!’, ‘Hurry!’ and ‘Last chance!’ are plastered across websites and stores throughout November, implying those who don’t splash the cash now will mourn these unbelievable bargains later.

But clicking ‘buy’ won’t free you from regrets. It may in fact create them.

The majority of shoppers we surveyed regretted their purchases across five of the seven product categories we asked about. 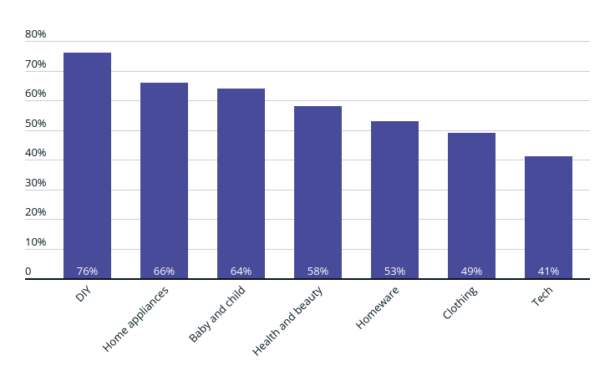 Many bargain hunters snap up Black Friday deals despite not having the funds to pay for them.

Nearly three in ten shoppers (28%) who bought DIY products in last year’s sales had to use credit or borrow from friends or family to pay for their goods, because they didn’t have the funds themselves.

This was also common among those who bought baby and child (24%), homeware and furniture (20%), and health and beauty (20%) products.

Some of those who were unable to pay for their Black Friday purchases up front will have used ‘buy now, pay later’ (BNPL) schemes such as Klarna or Clearpay.

People with dependent children are 71% more likely to have used BNPL, according to a recent Which? survey.

Which? has called for greater regulation of BNPL firms to ensure they are transparent about the risks their services pose, and to make sure consumers know what to expect if they miss payments.

One in five people who bought home appliances felt pressured to rush into a purchase, with 14% not researching the price as much as they usually would.

These figures were even higher for people who bought DIY products, with 22% feeling pressured and 24% doing less price research than normal.

This lack of price research is concerning in light of Which? findings that show Black Friday deals aren’t always the best of the year. In fact, many products can be found cheaper in the months before and after November.

Story based on original research by Ellie Simmonds.