Which? has surveyed thousands of shoppers to find out where to buy tech and appliances from – and which stores to avoid.

Whether you’re Christmas shopping or treating yourself in the Black Friday sales, thousands of you purchase tech and home appliances at this time of year. And with squeezed household finances and worldwide distribution issues, it’s never been more important to buy from a retailer that offers both value for money and reliable customer service.

To uncover which stores are acing it and which are leaving shoppers disgruntled, we surveyed 11,632 people in September 2021 about their online and in-store shopping experiences over the previous six months.

Here, we reveal the shops and websites getting it right, and those to steer clear of.

Which are the best and worst tech retailers?

The tables below reveal the top and bottom performers in our survey. To find out how all 28 stores – including AO, Argos and Currys – scored, and to discover retailers’ star ratings for value for money, product quality, customer service and returns, visit our guide to the best and worst tech stores.

Bottom of the tech table

Results based on a September 2021 survey of 11,632 people (4,161 Which? Connect panelists and 7,471 members of the UK public). *Customer score based on a combination of customer satisfaction and likelihood to recommend the retailer. 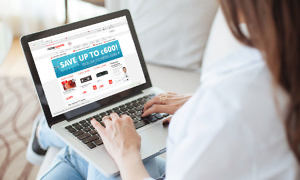 Richer Sounds beat its rivals to land the prime position at the top of our table. The British retailer gained a first-rate customer score of 92% and a clean sweep of five-star ratings, so it’s no surprise we’ve named it a Which? Recommended Provider (WRP) this year. It also won the Which? Retailer of the Year award in 2021, having already done so five times previously.

In our survey, the employee-owned business had the highest proportion of people (74%) who rated employees’ helpfulness and knowledge as excellent, and it offers a price promise to beat other retailers by up to £100 up to 14 days after a purchase.

It sells a wide selection of high-end and budget-friendly options, including ex-display models, which are available in stores and online. One shopper felt they had ‘struck gold’ when they spotted an ex-display model of the speakers they wanted to buy and got a 30% reduction.

The vast majority (95%) of shoppers said Richer Sounds offered good value for money – a figure that was only matched by The Range and fellow WRP John Lewis.

Robert Dyas was at the bottom of our tech table, receiving an unexceptional customer score of 62% and no more than three stars for any element in our survey. Only 61% of tech shoppers would recommend the retailer to others – the lowest proportion of any retailer in the survey.

Appliances Direct and Over Clockers dawdled at the bottom of the table too, achieving unremarkable customer scores of 64% and 66% respectively.

Over Clockers, which specialises in gaming systems and computers, left some shoppers dissatisfied when it came to delivery, with one in eight (12%) saying their experience was negative on this front – a poor performance matched only by Boots Kitchen Appliances.

Which are the best household appliance retailers?

If you’re in the market for a washing machine, oven or vacuum cleaner, the table below reveals the five best stores to head to. But if you want to know how 33 of the UK’s biggest appliance shops – including Amazon, Argos and Currys – did in our survey, visit our guide to the best and worst home appliances stores.

Top of the household appliances table

Bottom of the household appliances table

Results based on a September 2021 survey of 11,632 people (4,161 Which? Connect panelists and 7,471 members of the UK public). *Customer score based on a combination of customer satisfaction and likelihood to recommend the retailer. 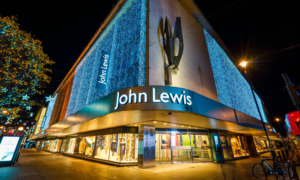 John Lewis came top of our home appliances table following another rollercoaster year, with announcements on store closures and redundancies countered by multiple news stories about how it plans to shake up its business model.

John Lewis was closely followed in our table by Euronics, which scored 85%.

The retailer, which is actually an association of over 600 independent electrical stores, missed out on becoming a Which? Recommended Provider because its returns and faulty goods policies don’t match the high standards our researchers look for when choosing retailers to recommend.

Even the lowest-scoring appliance retailers in our survey achieved at least three stars out of five for every measure we asked shoppers about, and some did better than that.

Appliance City got four stars for most elements. Over a third (34%) of its customers called its value for money excellent, and 31% said the same regarding product quality. Some shoppers told us that the retailer offered them discounts when ordering multiple products.

How much does it cost to get a washing machine installed and delivered?

The price of a washing machine will rarely be the total amount you’ll pay – most people need to get it delivered and installed, and these services aren’t free.

The difference between the amounts retailers charge can be quite substantial, and can more than cancel out any savings you’ve made on buying the machine itself from one store rather than another.

The table below outlines how much you can expect to fork out to get your new washing machine delivered and fitted and your old one recycled.