Discover the best city breaks in the Americas, Asia, Africa, the Middle East and Australasia; and the city in the top 10 with average hotel rates of just £52 a night

To help you plan your next trip we asked Which? members to rate the long-haul cities they had visited in the past year.

The top cities offer a combination of great hotels, fabulous cuisine and wonderful cultural attractions, not to mention value for money.

And to counter problems of overtourism, we've also included a 'lack of crowds' rating to help you avoid the herd.

Using the table: Star ratings range from one to five. A dash (–) indicates we didn’t receive enough responses to provide a rating. Cultural sights and tourist attractions Includes range, quality and price of historic buildings, galleries, museums, parks and city tours. Ease of getting around Includes range of public transport options, ease of understanding transport-related maps/information/ transport ticket pricing systems, ease of walking/travelling between sights. Lack of crowds Includes number of tourists and queues at attractions. City score Based on a combination of overall satisfaction and how likely people are to recommend the city as a holiday destination.

More Caribbean in character than American, this southern city is a stew of thundering rhythms, lavish spectacle, and exquisite Creole and Cajun cuisine.

Music pours from every bar and street corner, from the up-tempo brass-band funk on Frenchman Street, to the traditional Dixieland jazz of tiny, crumbling Preservation Hall.

Readers rated its attractions the full five stars and gave New Orleans one of the highest city scores this survey has ever seen.

We round up the Big Easy's unmissable highlights

Clean, safe and with a transport system that's the envy of the world, Singapore has fewer of the hassles you might encounter in other south-east Asian cities.

All this is joined by truly world-class hotels, high-end luxury shopping and a weather forecast that is usually tropical.

Imagine Cape Town, Rio and New York rolled into one sun-soaked city, and the long flight Down Under seems well worth the effort.

And while the harbour views give Rio a run for its money, it also has the kind of blockbuster theatres and museums you'd find in New York.

Mention Cape Town to anyone who has visited and you'll get a near-identical response: wow, what a beautiful city. And with a sapphire ocean, golden beaches and the majestic Table Mountain ever-visible, it really is.

But Cape Town is more than the proverbial pretty face. It's a city with a turbulent history to be explored; a place to shop or hike. From simple markets to old wine estates, it's also a city for tasting. And readers gave it a perfect five-star rating for food and drink.

Cape Town is also remarkably affordable. Expect a pint of local beer to cost around £1.70 and a three-course dinner for two with wine around £20.

The city celebrates year-round - from winter's International Wine Festival through to firework contests on the beach in summer there's always something fun to do.

In July 2019, 2,010 Which? members completed a survey about the city breaks they had taken outside of the UK and Europe in the past year.

The city score is based on combination of overall satisfaction and the likelihood of recommending the city. Only cities reviewed by at least 30 people are included. 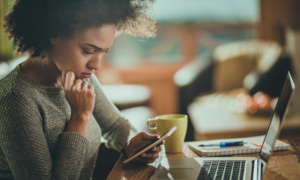