When buying a computer, the three brand names you’ll see most often beyond the actual computer manufacturer are Intel, AMD and Nvidia.
Michael Passingham
In this article

These three companies produce the most important chips for the vast majority of laptop and desktop computers you can buy today. But who does what?

This guide gives you a brief overview to help you make your next PC buying decision.

Get more info: See our guide to the best gaming laptops

The CPU (short for 'central processing unit' and often simply referred to as a 'processor') is the brain behind everything your computer does. Your choice of processor is the most important factor when considering how fast you need your computer to be and how much to spend.

Intel and AMD are the two main companies that make CPUs for laptops and desktops.

You’re more likely to find an Intel processor in a laptop than an AMD one, although if you’re shopping around for a machine at around £400 or less, you’ll find plenty of AMD choices. Here you’ll find AMD A4, A6, A9 and A10 processors that’ll compete with Intel Core i3, i5 and i7 laptop chips.

The good news is that at the low-end of the market, both companies manage similar performance. You shouldn’t be short-changed whichever you choose.

An AMD E2, for example, will perform similarly to an Intel Celeron or Atom processor. An AMD E1, which can still be found on some laptops, is one of the slowest processors you’ll find on any computer and are typically best avoided, even if your needs only consist of basic office work, email or web browsing.

At the higher end of the laptop market, where you start to see Intel Core i3, i5 and i7 chips, the differences can be more stark. Intel still dominates the market here – you’ll see more of its chips in laptops costing more than £500 – but that’s not to say the odd AMD chip isn’t worth a pop. If you’re buying a thin and light laptop, however, you’re most likely to find an Intel chip within it.

In the world of desktops, you’ll find a good mix of AMD and Intel processors in all-in-one PCs costing under £600. These computers are normally great for more complex office tasks, such as having multiple programs running at a time and lots of web browser tabs open.

Further up the range, there’s also a balanced selection of AMD and Intel if you’re looking for a powerful computer for photo or video editing. AMD’s Ryzen 3, 5, and 7 chips are chief competitors of Intel’s Core processors and can often be better at the hardest tasks you’ll do on a computer, particularly video editing.

A graphics chip controls what you see on your monitor or screen and every computer has one. They are either ‘integrated’ into your processor or a separate, ‘discrete’ or ‘dedicated’ chip that handles the workload all by itself.

All three of these big companies produce graphics chips. If you work with 3D modelling, video editing or like playing new 3D games, you’ll want to pay more in order to get better graphics performance, as this can make a big difference.

Intel is the most popular graphics chip maker simply because its ‘HD/UHD Graphics’ processors are built into practically every CPU it makes. This is known as ‘integrated’ graphics and is fine for basic tasks and basic 3D gaming but not much else. There are some Intel chips known as the ‘G-Series’ that are somewhat more capable and are marketed at people who like to play games, but these are relatively uncommon because they are new.

If you do 3D and video work or gaming, you’ll want to buy a laptop or desktop with a ‘dedicated' graphics card, as explained above. This will usually be clearly stated in the specifications sheet, but in case it isn’t, here’s how to tell what you’re buying.

Like Intel, AMD makes modest integrated graphics chips for its processors. You can tell the difference between these and its more powerful dedicated graphics because they’ll often be called:

As for dedicated, they go under a couple of different names.

In the 15-inch Apple MacBook Pro you’ll see them called:

Finally comes Nvidia, which is the simplest to explain because the company currently only makes dedicated graphics cards. Models from the current generation are easy to spot. They’re called ‘Nvidia GeForce’ and start at model name 1030 and go all the way up to 1080 Ti, getting more powerful at each step. These graphics chips are best suited for gamers.

The following table shows the different graphics chips typically found on new devices and how they compare.

Often you’ll see computers with two graphics cards listed. Normally this will be Intel HD Graphics along with either AMD or Nvidia, and it’s the dedicated chip that will be used by your PC or laptop. 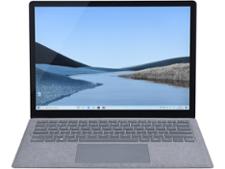 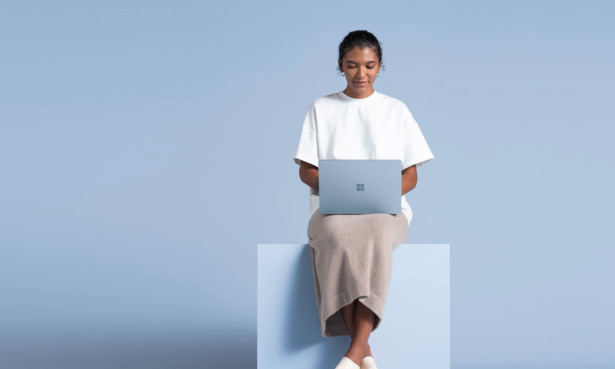