How to buy the best light bulb

Find out everything you need to know about classic energy-saving (CFL) light bulbs.

There are three types of energy-saving light bulb: compact fluorescent lamps CFLs (the most common type of light bulb), halogens and LEDs. Here, our experts tell you everything you need to know about CFLs.

What are CFL lights?

CFL (compact fluorescent lamp) light bulbs are the most common type of energy-saving bulb. They are the original energy-efficient alternative to now defunct traditional incandescent bulbs. CFLs typically use 60-80% less energy than an incandescent, halogens use 20-30% less and LEDs use an astonishing 90% less.

Discover which LEDs are the best – click to see Best Buy light bulbs.

Old-style incandescent bulbs had a filament inside that was heated until it glowed, which meant they used up energy to generate heat.

CFL bulbs don't have a filament; instead they use an electric current to excite gases within the bulb that then cause a phosphorous coating on the inside of the bulb to glow, producing light. This method means less energy is lost to heat and the bulb uses less energy.

Until recently, CFLs were the most common type of energy-saving light bulb. They often come in stick and spiral shapes, although some are now disguised as traditionally shaped bulbs. You can buy CFL light bulbs from many high-street shops and they typically cost between £2 and £15.

What are CFL light bulbs great at?

CFLs are a good compromise between purchase price and energy saving. They are reasonably cheap to buy, with prices starting as low as £2. This means they will pay for themselves with energy savings pretty quickly when compared to traditional incandescent bulbs.

To see which light bulbs last the longest in our tough tests, check out our light bulb reviews.

What are the downsides of CFL bulbs?

Should I buy CFL bulbs?

CFLs are a good option and are the second most energy-efficient type of bulbs behind LEDs. Make sure you look at our independent reviews before buying, as there are some duds out there. The best examples of these bulbs offer a light that is close to your old incandescent, last for a decade and don't cost very much.

The worst won't last as long as our Best Buys, and won't match the claims on their packaging.

Cons: Can take time to brighten, difficult to dispose of, can look ugly when switched off 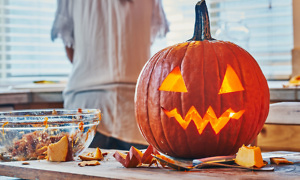 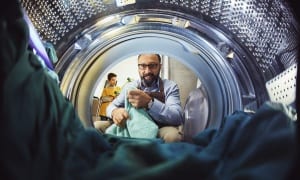