How to buy the best car

How to check and test drive a used car

You should always inspect a used car and test drive it before you buy. Our tips will help you confidently buy a used car, even if you're not an expert.

Inspecting and test-driving a used car means you’ve found a model you’re interested in buying – which is great. But it’s crucial you take your time and do it properly.

Don’t be distracted by chatting to the dealer or private seller, but do ask them plenty of questions about the car’s history, and how well it’s been looked after.

Top tip: You may want to take some plastic gloves with you to prevent your hands getting dirty – you can get these for free at many garage forecourts. And avoid checking a car in the rain or at night (unless it’s very well lit), as both scenarios make it harder to spot problems.

Want to just start browsing the best cars you can buy? Take a look at our used car reviews.

1. Inspect the bodywork and chassis

Check the physical condition of the car carefully. Crouch down and look along the sides for dents and scratches hidden by reflections – they can be surprisingly expensive to put right if you’re bothered by them.

Uneven gaps between the body panels can indicate poorly-repaired crash damage. Lift the bonnet and check the metalwork inside for signs of an impact or botched repair, such as folds in the metal, cracked plastic, or fresh or mismatched paint.

Also look underneath the car – it will probably be dirty, but again look for signs of damage. Check the jacking points to see whether it looks as though the car has been jacked up recently or frequently, which may indicate it’s had some problems.

Feel the engine – it may have been pre-warmed to disguise a starting problem. If cold, lift out the oil dipstick to see if the level is correct.

The oil should ideally be a light, yellowy-brown – dark, dirty oil is a sign of poor maintenance in a petrol car, although diesel-engine oil will be slightly darker in colour.

It’s also worth checking the underside of the oil filler cap – white deposits are a potential indication of serious engine problems.

Inspect the engine and surrounding parts for evidence of oil or water leaks. Oil will leave brown stains, while water leaves a white, chalky residue.

Don't forget to look at the ground underneath where the car has been parked, too.

4. Test all the electrics

Non-engine electrics are now the biggest cause of faults on used cars, so test all the gadgets and switches to make sure everything works as it should.

Items that are easy to forget to check include the interior and exterior lights (especially if it's a sunny day), air conditioning (in winter), the heated rear window, electric seats and sun roof.

5. Is the mileage genuine?

'Clocking' is still a problem even on modern cars, so see if the condition of the interior tallies with the mileage displayed on the odometer.

Worn pedal rubbers, sagging seats and a shiny steering wheel rim could indicate that the car has covered more miles than its owner claims.

Never buy a car without a V5C registration document (logbook). Call the DVLA (0300 790 6801) or check its online vehicle enquiry service to confirm that the car’s colour, engine size and date of registration match the V5C.

Make sure the person selling the car is actually the owner, and that they live at the address printed on the document – ask them to show some proof of ID, such as a driver’s licence or utility bill.

Ideally, a used car should come with a full service history (ie. garage stamps in a maintenance record) and a folder of receipts for all servicing or repair work.

If it's more than three years old, it the owner should also have old MOT certificates and report sheets.

Look at the servicing bills, checking that the odometer’s mileage tallies with the record and that servicing has been carried out at the appropriate times. The MOTs should also show the mileage, so check that they seem to tally.

Ensure that the MOT certificate is valid and see if there were any ‘advisories’ that may need attention soon, such as worn tyres, fluid leaks or emerging rust on crucial components.

Beware of used cars that are sold with a short MOT or none at all – the owner may know something you don't. If it doesn't have an MOT, it's not road-legal.

You can look up a car's current MOT status, as well as browse its entire MOT testing history, online at the government MOT history check page.

Before you take a test drive, you must be insured. If you have comprehensive insurance, you may have third-party cover to drive another car if the owner allows it.

10. Remember it’s one of thousands

Used cars are plentiful, so don’t buy one you have any doubts about, or feel pressured into buying by the seller.

Unless you’re after a rare model, there will always be an alternative example for sale not too far from you. If you’ve seen several, which we’d recommend doing, you may be able to use this knowledge to haggle down the price.

Ready to start car shopping? Head to our new and used car reviews. 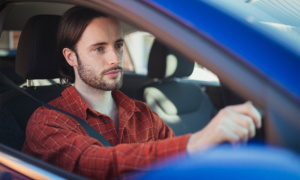 Can I drive during the coronavirus lockdown?
02 APR 2020 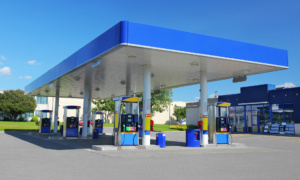 Petrol stations could close due to coronavirus: we explain how to drive and refuel safely
01 APR 2020 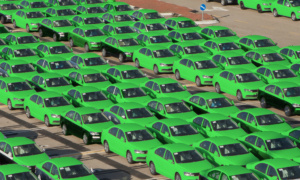 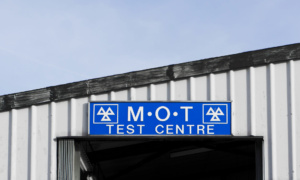 How to buy the best used car

How to buy a motability car

Can I drive during the coronavirus lockdown?
02 APR 2020

Petrol stations could close due to coronavirus: we explain how to drive and refuel safely
01 APR 2020