Cheapest times to book your flights

We’ve crunched the data for thousands of flights to reveal the best months to pick up a bargain for your Christmas, summer and bank-holiday breaks

Whether you prefer to escape at Christmas, Easter or during the peak summer holidays, you’ll need to book your flights in advance to find the cheapest airfares.

Flight prices change based on demand, so it’s impossible to give a definitive answer to how far in advance you should book to always get the cheapest fare.

But after analysing two years of flight-booking data from Skyscanner and looking at the cost of return economy flights from UK destinations worldwide, we can give you a good estimate.

Hurry deals, early-bird deals and sales; we’ve investigated them all, so we can tell you the truth about whether you’re really getting the best price on your holiday or flight. Find out more about  Which? Travel

When to book for Easter

Interrupt your Christmas shopping to grab an Easter bargain. In mid-December, typically four months in advance of this public holiday you might be able to score 16% savings on average on flights.

When to book for May bank holidays

When to book your summer holidays

Just because you have to travel during the peak summer season doesn’t mean you can’t still take advantage of early bird savings of up to 7%. Try to secure your flight six months and one week in advance of your trip. Brighten up the first week of the year if you have your heart set on a July break, and leave it until March if you prefer quieter shoulder-season travel in early September.

When to book for the August bank holiday

In early June it’s not too late to turn your mind to balmy days of summer, spent overseas. If you book almost three months before the long weekend, flights were found to be 8% cheaper on average than at any other time.

When to book for Christmas

Three months in advance marks the sweet spot for a cheap Yuletide getaway. Whether you want to visit the Christmas markets of Europe before the big day or celebrate New Year’s Eve in warmer climes, flights will be 10% cheaper on average if booked in September rather than at any other time. 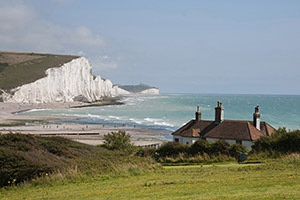 Coronavirus: How are my UK holiday plans affected?
29 MAR 2020 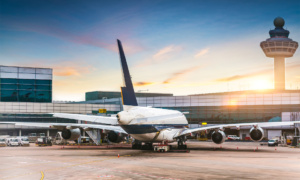 Coronavirus: should you cancel your summer holiday?
26 MAR 2020

Coronavirus: How are my UK holiday plans affected?
29 MAR 2020

Coronavirus: should you cancel your summer holiday?
26 MAR 2020