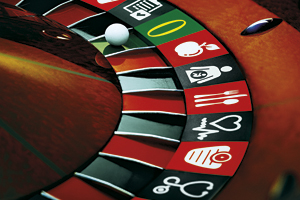 A Which? investigation has found that some advice given by high street nutritional therapists could seriously harm patients’ health.

We sent undercover researchers – posing as patients with a range of health problems – to 15 consultations with nutritional therapists.

The Which? panel of medical experts rated six of the 15 consultations as ‘dangerous fails’ – where the advice given could potentially endanger the health of the researcher.

Eight consultations were rated as ‘fails’ and one as a ‘borderline pass’.

One therapist advised against surgery and radiotherapy to treat cancer, telling the researcher she could rid her body of cancer through diet.

The nutritional therapist said: ‘Cancer lives off sugar; if you feed it sugar it’s going to thrive. If we starve the cancer of sugar then you have a better opportunity of the cancer going away’.

Other therapists used unproven testing, such as iridology and mineral testing to identify or diagnose conditions.

One researcher – suffering from severe tiredness – was told to cut out red meat from his diet for six weeks despite the fact his tiredness could be due to iron-deficiency anaemia from an inadequate intake of red meat.

Another researcher – also suffering from severe tiredness – was diagnosed with a problem with her adrenal glands by two therapists without any blood tests, one of whom prescribed thyroid supplements despite no evidence this was the problem.

Failure to refer to GP

The therapists failed to recognise that the tiredness and other symptoms described by our researchers could signal more serious underlying illnesses, such as type 2 diabetes, an under-active thyroid or bowel cancer.

The Which? panel of experts expected the therapists to advise researchers to see their GPs.But one therapist told a researcher if he started to feel unwell on the treatment plan prescribed, then this meant the treatment was working and not to contact his GP as they wouldn’t understand.

Several of the therapists used non-evidence based testing to ‘diagnose’ symptoms.

One of the researchers – who had been trying to conceive unsuccessfully for over a year – was diagnosed with a ‘leathery bowel’ by a therapist who used Iridology – looking at iris patterns, colour and other characteristics of the eye to diagnose symptoms.

Another therapist recommended hair mineral analysis to check ‘essential minerals and toxic metals’, while one other ‘diagnosed’ a researcher as having a chromium deficiency after making him ‘hold’ different liquids in his mouth.

Which? investigated nutritional therapists in 2000 and the findings then were cause for concern, but the results of this recent investigation are even more alarming.

This is largely a self-regulated industry where anyone can set up and practice as a nutritional therapist, meaning there is no real protection for consumers.

While the majority of therapists visited were registered with the voluntary industry body BANT, the findings show that BANT is not effectively regulating its practitioners.

The BANT Code of Practice states that therapists should not diagnose but several of therapists Which? visited did.

Which? is calling on the government to better regulate this industry to stop nutritional therapists putting people’s health at risk.

Which? advises anyone worried about their health to visit their GP, who can refer them to a specialist where necessary.