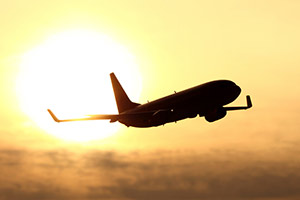 As school holidays begin across much of the UK this weekend, people looking to book a late deal overseas are likely to get a better customer experience by choosing their airline carefully.

Holidaymakers interested in flying to Spain, Italy, Greece, Turkey, Portugal, France or the USA should check below for the highest and lowest scoring airlines for each country, based on the results of a Which? member survey.

For the full tables of results for all 16 short-haul airlines and 23 long-haul carriers featuring in the survey, including KLM, Singapore Airlines and United, see our airlines review.

Jet2.com, which also flies to these three cities, was also a high scorer for flights from the mainland to the UK. But the no-frills airline came top for flights to the Canary and Balearic islands – it flies to all the main islands such as Tenerife and Menorca, as well as to Fuerteventura.

Those looking for a getaway to Italian cities such as Pisa, Rome and Venice, or to the beaches of Sardinia, should also consider Jet2.com. The airline achieved the highest customer score out of six carriers in results for this country. BA, which also operates summer routes to these destinations, came a close second, while Ryanair got the lowest score.

Respondents who flew to Greece were generally unimpressed with their airline, no matter which company they flew with. No airline achieved a customer score above 50%, but EasyJet was top of the table. It flies to island hotspots such as Corfu, Crete, Kefalonia, Santorini and Zakynthos.

Turkish Airlines, which flies from London, Birmingham, Edinburgh and Manchester, was by far the highest scoring carrier in the results for Turkey flights. But tourists looking to fly non-stop to airports such as Antalya and Dalaman for a beach holiday may prefer to opt for a different company, because flying with Turkish Airlines means a change of plane in Istanbul.

Monarch, which does fly non-stop to Antalya, Bodrum and Dalaman, received the lowest customer score.

If the coastal cities of Lisbon or Faro appeal, consider flying with BA. Of the six airlines that featured in the Portuguese table, BA was top, while Thomson Airways was bottom.

Although many people take the train or car to France, flights are also popular for trips to the south of the country. BA flies non-stop to holiday destinations such as Bordeaux, Marseille and Nice, and it was the leading airline in the French table.

As with results for Spain and Italy, Ryanair received the lowest customer score for France.

Best flights to the USA

People keen to head to the glamorous beaches of Miami this summer, or perhaps the entertainment capitals of Orlando or Las Vegas, should consider Virgin Atlantic. The airline topped the table for American-based flights.

American Airlines, which shares flights with BA, was bottom of the table of six carriers.